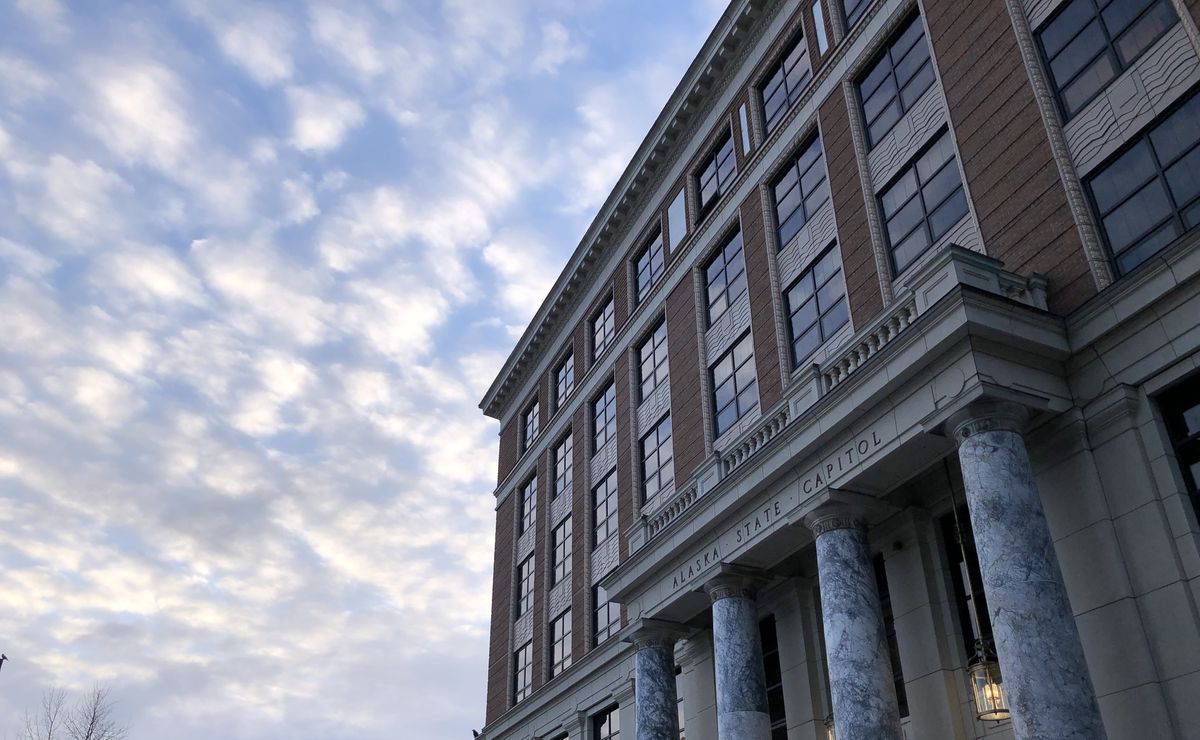 Gov. Mike Dunleavy’s chief of staff has asked the leaders of the Alaska Legislature whether lawmakers are willing to call themselves into special session to extend Alaska’s COVID-19 state of emergency, which expires Nov. 15.

The state and many local governments are relying on powers and programs authorized under the emergency to fight the COVID-19 pandemic. Earlier this week, the Alaska Municipal League and the Alaska State Hospital and Nursing Home Association urged the governor to extend the emergency declaration.

In a letter dated Friday, Dunleavy chief of staff Ben Stevens asked House Speaker Bryce Edgmon, I-Dillingham, and Senate President Cathy Giessel, R-Anchorage, to let the governor know by Wednesday “if the Legislature intends to convene itself into special session to extend the emergency declaration or let it expire.”

The letter reached Edgmon and Giessel at 2:28 p.m., and they responded 90 minutes later, saying they are interested in a special session and will poll their members for support but would appreciate the governor’s help getting the 40 votes they need.

“It’s difficult to get two-thirds of the Legislature to agree on anything, and in terms of asking them to pivot and go into special session on a moment’s notice during a pandemic, we are going to need an all-hands-on-deck approach, and that includes help from the governor,” Edgmon said.

Both had been under the impression that the governor was uninterested in extending the emergency declaration. Some Republicans, including Rep. Ben Carpenter, R-Nikiski, have called for the emergency to expire because it would end restrictions on private businesses.

[Even as coronavirus cases and hospitalizations rise, continuing Alaska’s disaster declaration isn’t a sure thing]

“It feels like it should’ve happened a few weeks ago, but nevertheless, we’re happy to have communication with the governor,” she said.

Extending the emergency declaration would require passing new legislation. That normally takes a minimum of three days because of constitutional rules.

If the Legislature cannot muster 40 votes to call itself into session, three other options are available:

• Dunleavy himself could himself call the Legislature into special session, and he would set the agenda. (Normally, the governor needs to provide 30 days' advance notice. That doesn’t apply for disasters.)

• The governor could allow the emergency to expire and immediately replace it with a new disaster declaration lasting 30 days.

• The governor could allow the emergency to expire and not replace it.

Administration officials said they are not interested in allowing the emergency to expire because the state is operating with regulation waivers and special programs permitted by the emergency. Local officials also might have problems implementing public health restrictions.

Any special session after Election Day and before January would involve the Legislature’s 59 current members (the seat of Rep. Gary Knopp, R-Kenai, has not been filled since his death).

The results of the election will not be certified until at least late November, after the need for action has passed.