After election, Alaska’s state senators ask themselves: Who’s in charge? 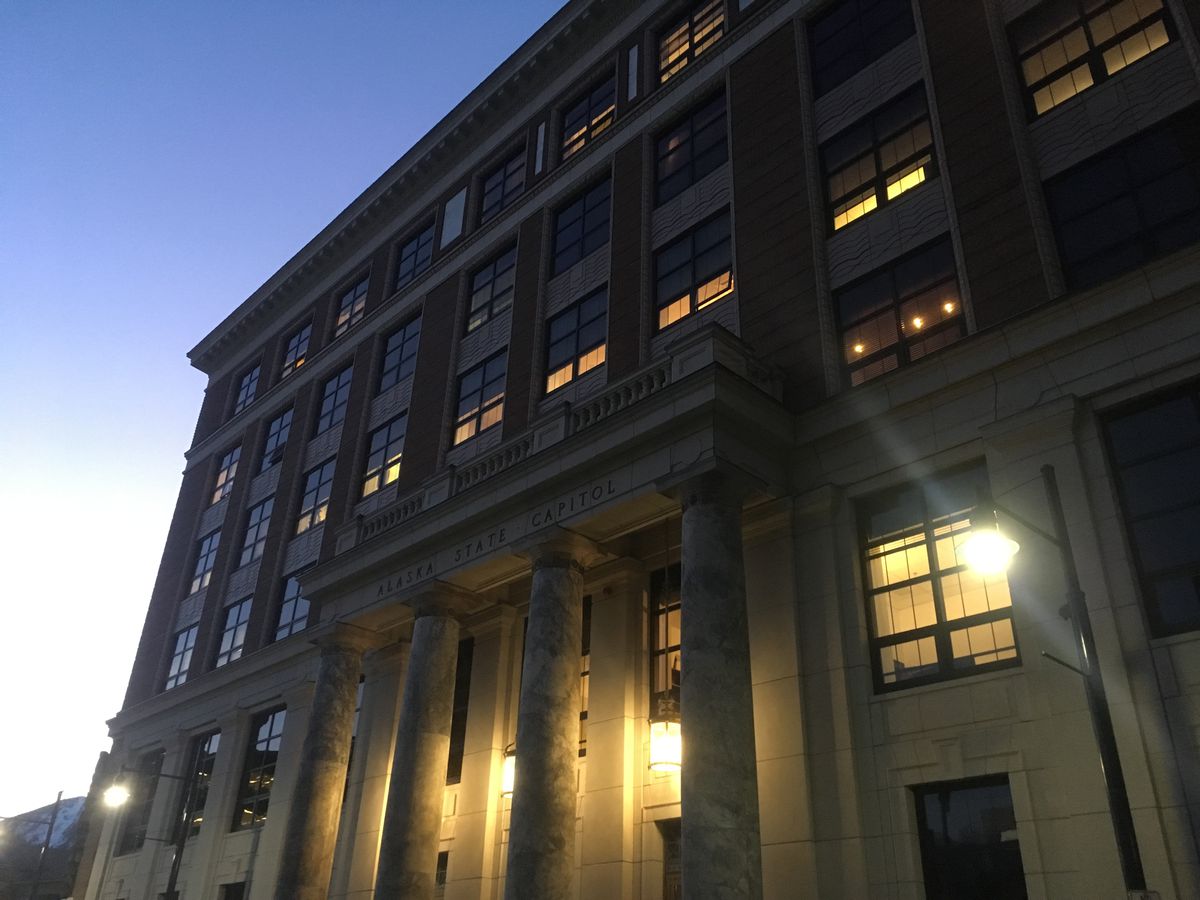 They left their meeting after six hours without naming a new president, but some said they still feel confident they can create a purely Republican bloc to govern the Senate. If they cannot, some Republicans may join the Senate’s seven Democrats in a coalition government similar to the one that has controlled the House for the past four years.

“I’d say there remains the possibility of a coalition, but there’s more of them than there are of us, so they’re in the driver’s seat when it comes to their choice,” said Senate Minority Leader Tom Begich, D-Anchorage.

In the 20-person Senate, 11 votes are needed to elect a leader and conduct most business. Any group that can muster 11 votes will control what legislation advances (or doesn’t) and what is included in the Senate’s version of the budget.

For the past two years, the Senate’s 13 Republicans (two lost their primary elections and will be replaced by new Republicans) have been bitterly divided by their positions on the budget, Permanent Fund dividend and the rules that the Senate uses to govern itself. This year, the discord accelerated, with some Republican senators supporting campaigns against others.

Some Republican senators say they see themselves divided 8-5 or 9-4 between conservatives and more moderate Republicans. The membership of each bloc varies based on who’s talking, but conservatives are considered to be the larger fraction. Regardless of the divide, neither side controls 11 votes.

Sen. Peter Micciche, R-Soldotna, disagreed with the numbers provided by other senators. He said Friday’s meeting was the start of a healing process, and a second meeting will happen “in the very near future.”

“What I think is most important is that we take it slow and get it right, and that is going to take as long as it takes,” he said.

Two years ago, the Senate’s 13 Republicans organized on Nov. 18, naming Cathy Giessel the Senate president. A few days later, Sen. Lyman Hoffman, D-Bethel, joined the majority, becoming its only non-Republican member. Giessel was defeated in this year’s primary, and Hoffman was not invited to Friday’s meeting. Some Republican senators said privately that this year, they do not expect to name a new leader until December at the earliest.

The nightmare scenario, they said, is if a deadlock continues into January and the legislative session begins without a Senate president, stalling all work. Two years ago, the Alaska House of Representatives needed more than a month to name a speaker of the House, and the possibility exists that both the Alaska House and Senate could be in a similar situation this time around.

Begich said Senate Democrats met on Thursday and agreed that any coalition majority would have to defend education funding, the state program that subsidizes rural electricity prices, and the state ferry system.

Coalition members would “make sure we didn’t desiccate the state for some sort of short-term gain,” he said, alluding to the way some senators promised large Permanent Fund dividend payouts during their election campaigns.

Micciche doesn’t believe a coalition will happen, and other Republicans have said their first priority is seeking agreement among each other. Only afterward do they expect to reach out to Democrats in a serious way.

Micciche compared Friday’s meeting to a Thanksgiving dinner where members of a quarreling family sit down together, bond, and fix the problems that divide them.

“We’re working on a family unit that recognizes and appreciates the strengths and differences of its individual members and trying to build a Senate majority caucus that each member is proud to be a member of,” he said.

He is considered to be a member of the conservative group, but one of the moderate members, Sen. Gary Stevens, R-Kodiak, offered similar comments.

“It went well,” he said, declining to discuss details.

Correction: The first version of this story did not contain the full name of Sen. Lyman Hoffman, D-Bethel.