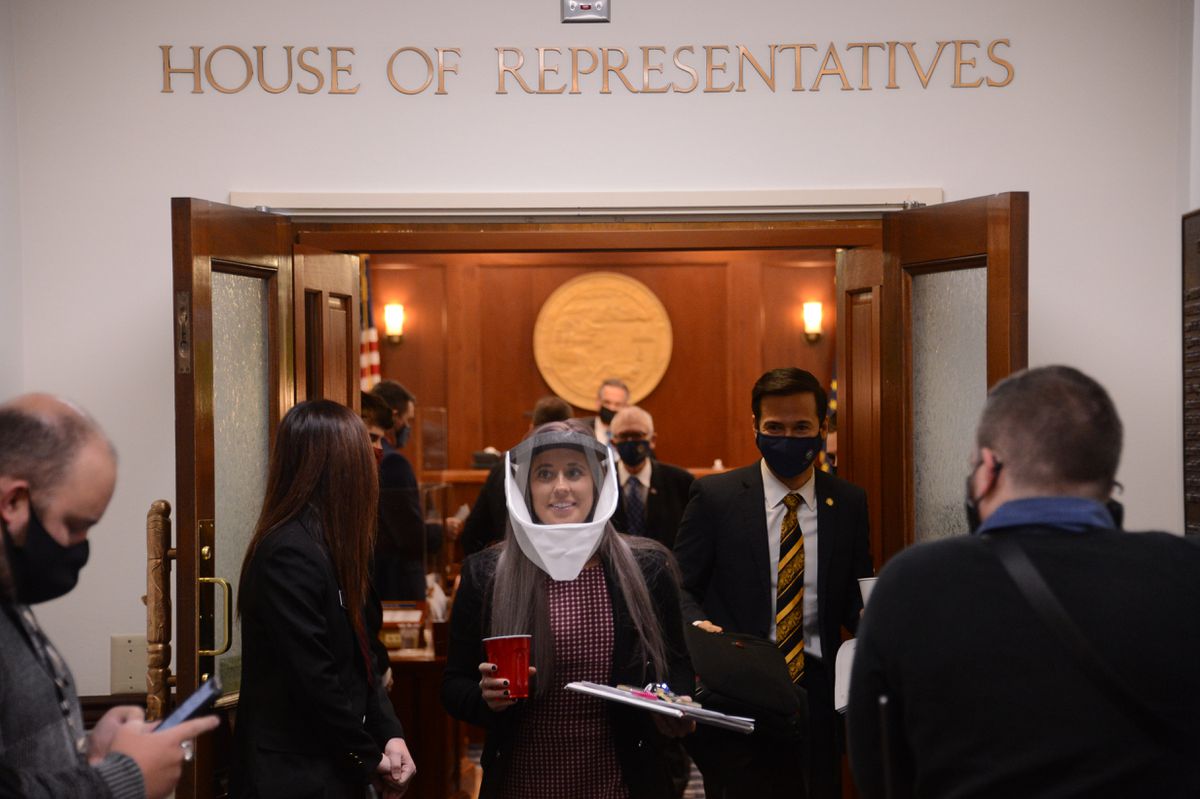 JUNEAU — A Republican member of the Alaska House of Representatives from Anchorage has created a breakaway minority caucus of her own, she said Tuesday.

Rep. Sara Rasmussen, who represents Anchorage’s Sand Lake neighborhood, said she will serve in the House as an independent Republican without ties to either the 21-member coalition House majority or the 18-member House Republican minority.

It’s an approach last taken by Rep. Gabrielle LeDoux, R-Anchorage, in the prior Legislature.

In the Alaska Legislature, minority groups receive committee seats based on their size. By shrinking from a 19-member minority to an 18-member one, the Republican minority loses one seat on the House Finance Committee, which drafts the state budget.

The majority has tentatively assigned that seat to Rasmussen. Committee assignments are not final until approved with a majority vote on the House floor.

“Representative Sara Rasmussen campaigned on controlling spending, a sustainable PFD, and opposing an income tax. At this time she feels the best path forward to accomplishing those goals is to work as an independent member of the House Finance Committee, meaning she is not a member of either the majority or minority caucus. She is committed to putting aside partisan politics in order to do what’s best for the state of Alaska, and accomplish the priorities that her constituents in Sand Lake sent her to work on. Representative Rasmussen looks forward to being an integral part of crafting long term fiscal policies that will move the economy and Alaska forward.”