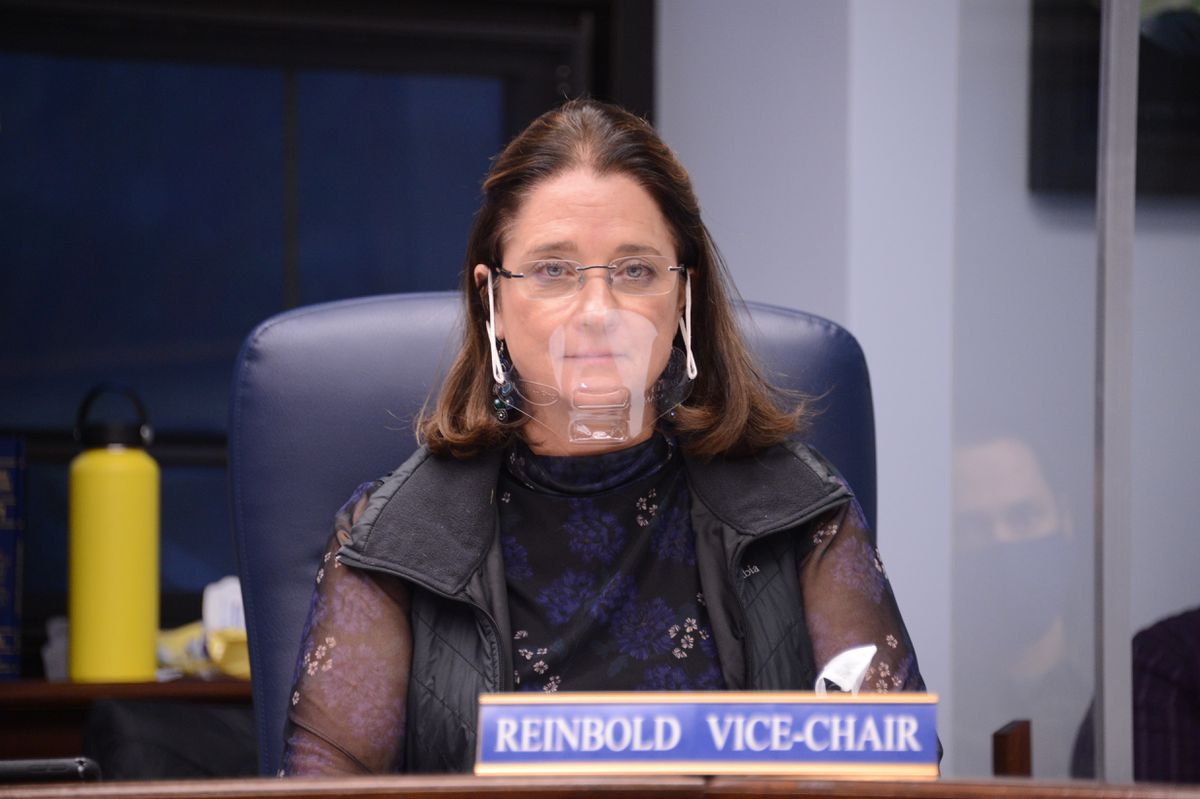 JUNEAU — A Republican state senator left a session of the Alaska Senate and a budget subcommittee meeting Monday after being asked to replace her anti-COVID face shield with a tight-fitting mask.

Sen. Lora Reinbold, R-Eagle River, has worn a loose-fitting, transparent face shield to legislative meetings since January, but after an outbreak of COVID-19 in the state capitol, the Alaska Senate has begun more strictly enforcing an internal rule requiring CDC-compliant face masks.

Reinbold has been a leading opponent of state and local measures intended to restrict the spread of COVID-19. Gov. Mike Dunleavy has accused her of spreading misinformation.

Before a brief floor session Monday, Senate President Peter Micciche, R-Soldotna, asked Reinbold to switch out her face mask, according to multiple people who heard their conversation. She declined to do so and instead left the chamber, becoming one of four senators whose absence was excused.

Micciche declined to answer questions about the event but issued a short written statement afterward.

“After several positive cases were identified in the building, we are asking folks for one hundred percent cooperation with the mitigation measures,” the statement said in part. It did not mention Reinbold by name or explain events on the Senate floor.

Under similar circumstances earlier in the morning, Reinbold left a meeting of the subcommittee in charge of the budget for the Alaska Department of Health and Social Services.

Reinbold has been wearing the same mask since the start of the session. What changed?

“We had a big outbreak last week,” von Imhof said. “It’s important to protect everybody and get on top of (COVID).”

The Alaska State Capitol remains closed to the public, with legislators and staff required to undergo COVID testing twice per week. Those who enter the building are screened for fevers and symptoms.

Despite those precautions, five people tested positive for COVID-19 within the Capitol last month.

Talking to reporters on Friday, Micciche said that if legislators and staff are vaccinated, it may become possible to relax anti-COVID measures in the building.

Reinbold continued to wear her transparent face shield in other committee meetings, including the Senate Judiciary Committee she leads.