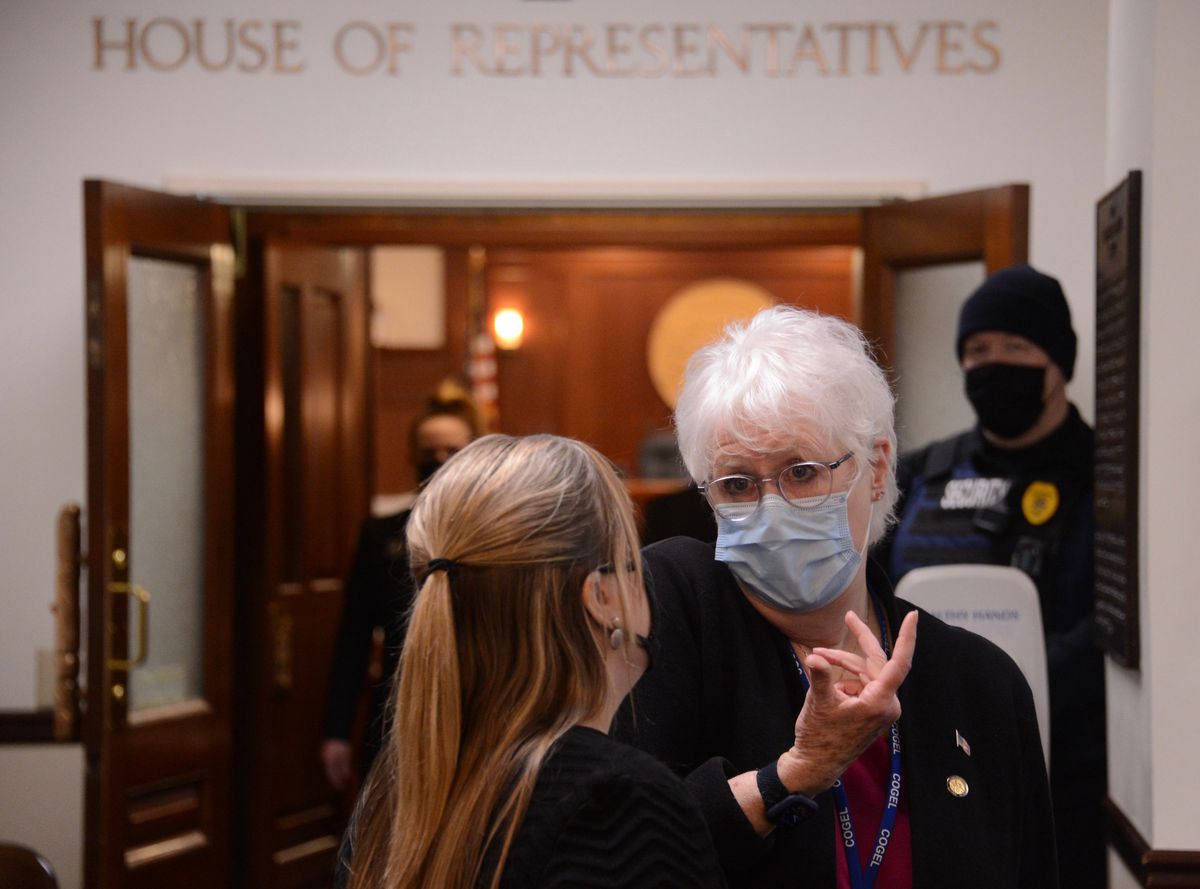 Speaker of the House Louise Stutes, R-Kodiak, talks with Rep. Geran Tarr, D-Anchorage, after a session of the Alaska House of Representatives on Thursday, Feb. 11, 2021. (James Brooks / ADN)

Speaker of the House Louise Stutes, R-Kodiak, talks with Rep. Geran Tarr, D-Anchorage, after a session of the Alaska House of Representatives on Thursday, Feb. 11, 2021. (James Brooks / ADN)

JUNEAU — Alaska House Speaker Louise Stutes said Thursday that her coalition has 21 members, the bare minimum to hold a majority in the chamber.

Stutes, a Kodiak Republican, told reporters her organization is “21 strong” and Rep. Geran Tarr, an Anchorage Democrat, is part of the coalition. Stutes called Tarr a valued and supportive member.

Tarr supported Stutes’ election as speaker last month but later declined to join the coalition, leaving it with 20 of the House’s 40 members. The minority Republican caucus has 18 members. Rep. Sara Rasmussen, an Anchorage Republican, has declined to join a caucus.

Tarr, by email Thursday, confirmed she had joined the coalition “very recently.”

She said she wants to have a “functioning legislature” and decided she would only join a group “committed to doing things differently this year.” She cited following legislative rules, “treating minority caucus members fairly, treating each other with respect, and not kicking members out when they take positions to represent their district.”

She said Stutes has worked with her over the last month to address her concerns. “Most importantly, she has already shown me her commitment is real because she is doing things differently,” Tarr said.