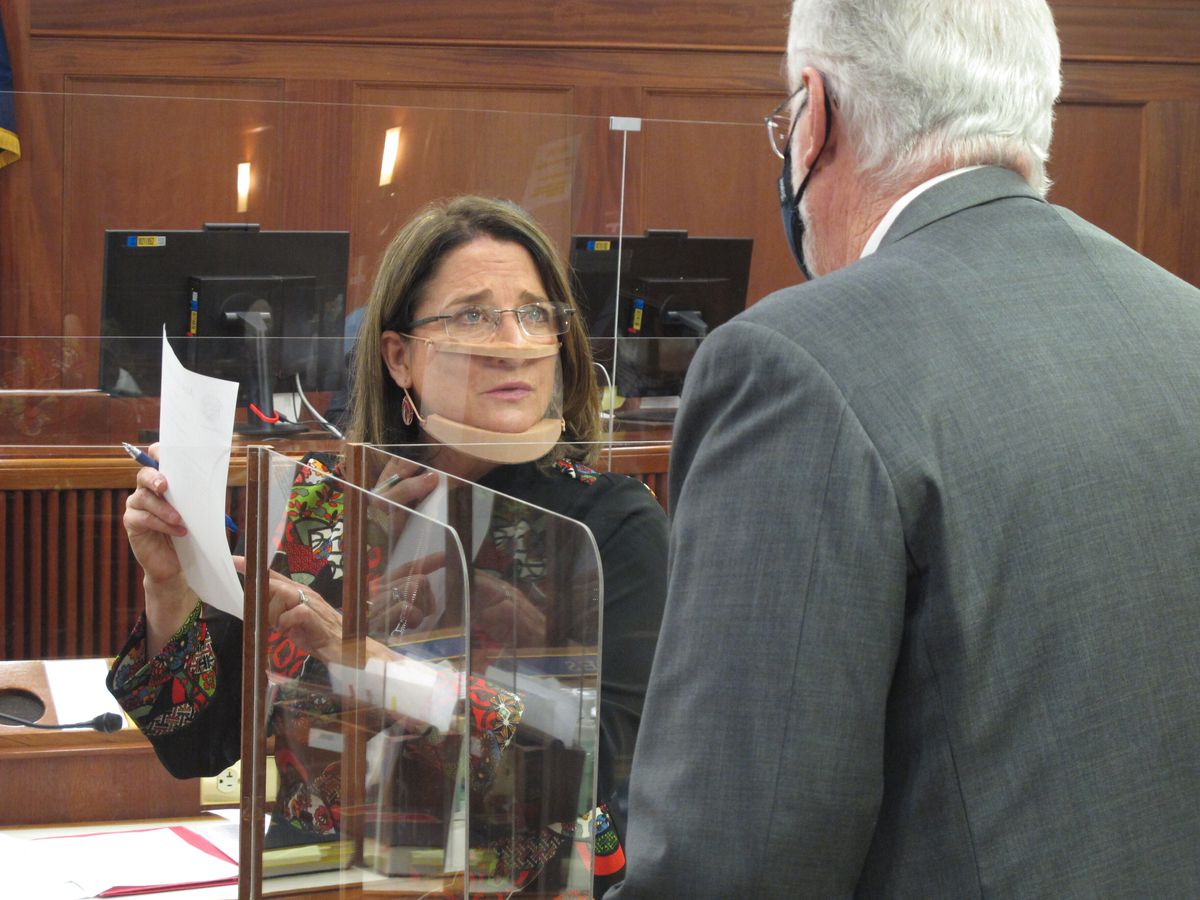 JUNEAU — The head of the Alaska Senate’s Rules Committee has fined Sen. Lora Reinbold, R-Eagle River, $250 for violating the mask mandate in the Alaska State Capitol during a legislative meeting last week.

Sen. Gary Stevens, R-Kodiak, called Reinbold’s action an “egregious” violation of rules imposed before the Legislature convened this year. She is the first lawmaker to be fined this year.

Under the Capitol’s rules, the fine will be deducted from the daily food-and-housing expense payments that Reinbold and other lawmakers receive. According to a document obtained from the Legislature’s nonpartisan administrative office, the fine was assessed last week and has already been paid.

Any subsequent violations would involve a $500 fine.

Legislators and staff are required to wear masks within the state Capitol, undergo COVID testing twice per week, and are screened daily for fevers and other symptoms. The public is not allowed within the building.

Reinbold has repeatedly criticized those precautions.

Asked for Reinbold’s thoughts on the fine, a spokesman for the Senate Majority referred to Reinbold’s published comments on social media.

On April 10, Reinbold wrote that she took off her mask to protest the fact that children are being required to wear masks.

She removed her mask during a meeting of the Senate Health and Social Services Committee, which was hearing a bill about mental health education in schools.

“I think these masks are ridiculous when we’re all testing negative,” she said on Monday during a meeting of the Senate Judiciary Committee, which she leads.

During that meeting, Reinbold and Sen. Mike Shower, R-Wasilla, removed their masks to pose for a picture celebrating the advance of an alcohol-licensing reform bill.