An Afterlife for the Church of Love? 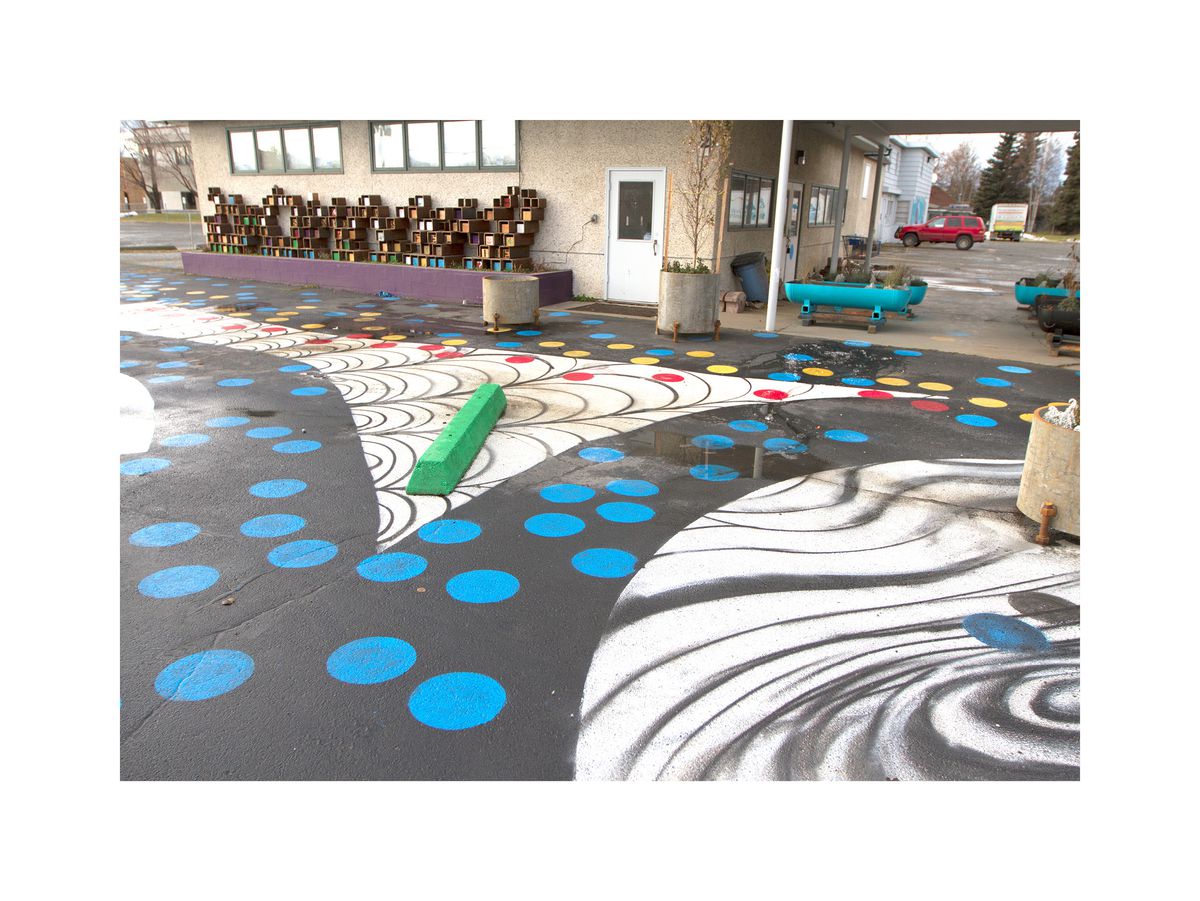 The lot outside the Church of Love in the Spenard region of Anchorage, Alaska. (Photo by Philip Hall)

The lot outside the Church of Love in the Spenard region of Anchorage, Alaska. (Photo by Philip Hall)

Spenard Road has always attracted an off-kilter attitude to match its meandering path. In the city grid, Spenard stands out.

Now, thanks to a $3 million grant from ArtPlace America, the area has grown even more colorful. Just check out the Church of Love marquee for proof; stitched in strips of neon polar fleece, it's an unavoidable exclamation point on a street in transition.

In October 2015, Cook Inlet Housing Authority (CIHA)—an affordable housing agency in Anchorage—was among six recipients of a Community Development Investments grant from ArtPlace America. The three-year grant challenges non-governmental organizations to incorporate art and design into their community efforts, combining the edgy instinct of the arts scene with well-meaning bureaucrats on the civic side.  All six recipients—including a health agency in Mississippi and a park board in Philadelphia—must address the same question: How can arts solve complex municipal problems?

In Anchorage, that experiment will largely play out on a crumbling stretch of Spenard Road between 34th and 36th (Middle Spenard, as CIHA calls it). The setting is not an ideal canvas, with narrow sidewalks, collapsing curbs and patches of concrete fronting nearly every building. Even the mismatched streetlights are scattershot, like the city just installed whatever was left in lamppost storage. "Middle Spenard needs a little love," Gerow-Hanson noted.

How convenient, then, that the street's most recognizable building is the sunny spacious Church of Love, recently used for artist studios and dance company performances. This CIHA-owned building inherited its name from a former congregation, but the moniker still fits. Effectively, the space fell asleep as a church and woke up as an arts hub radiating neighborhood love. The site, for now, anchors the housing authority's revitalization efforts on a stretch of overlooked pavement.

Take a look. The formerly boring front yard now boasts a free give-and-take library, plant beds repurposed from oil drums and a "horizontal mural" reclaiming the parking lot that's, fittingly, best viewed on foot. The mural, by artist Kerby McGee, accelerates the development conversation by depicting future possibilities (essentially, it's the ArtPlace idea in action). Rather than wait for construction clearance from the city, McGee used spray paint instead of jackhammers to reimagine the space. Stripes depict potential widths of a future sidewalk. Radiating blue dots indicate movement and energy toward neighboring businesses.

It's fanciful. It's functional. And it's temporary. Gerow-Hanson called the Church's front apron "a sandbox" where artists can envision solutions. The only message that remains, she said: "This doesn't belong to cars anymore."

Thanks to the grant, Spenard Road's future is—for now—painted on the pavement, not locked up in a City Hall conference room. That urgency is important in moving conversations into action.

Spenard isn't stagnant, though. CIHA has already demolished several buildings along the corridor. The former PJs strip club site at 36th and Spenard will become a retail/residential development with 33 one-bedroom units. Across the street, the contaminated site of a former auto garage is due for redevelopment as well.

Amid all the destruction, where does that leave the Church of Love? Already eye-catching (thanks to that Rubik's Cube stained glass window), the infusion of art has only made the building more recognizable.

"Our model has been, buy something that's kind of beat up and past its prime, take it down, and build something new," Gerow-Hanson explained. "With ArtPlace and the state of the economy, this gives us an opportunity to look at the space differently."

Is there an afterlife for the Church of Love?

"This space, in a weird way, would be one of [our] first preservation projects," Tyler Robinson, CIHA's director of development planning, said of the church's tenuous future. The building, he said, will have to change regardless. As an affordable housing authority, CIHA can't afford to waste money, and the church is a drafty energy sink. It's one of many products of the boom days, when Alaskans just needed roofs, regardless of efficiency, attractiveness or even winter standards. "People don't really mind when those things go away and you end up with a more efficient building in its place," Gerow-Hanson added.

But have faith in Spenard. Whether the Church of Love stays or goes, CIHA plans to develop the road with a reflection of its past stories and future potential.

Place-making projects in the works include site-specific bike racks for Spenard Road businesses, an artful central plaza at that 33-unit housing development, and even innovative mobile benches that can be relocated throughout the city.

In other words, enjoy it while it lasts, as artists and developers work in tandem to improve the evolving canvas of Middle Spenard. "If you can preserve elements of what has been important in the neighborhood and build new at the same time, you strengthen that fabric and that identity," Robinson noted. "That's our hope."

This article was first published in 61°North – The Design Issue. Contact the editor, Jamie Gonzales, at jgonzales@alaskadispatch.com.