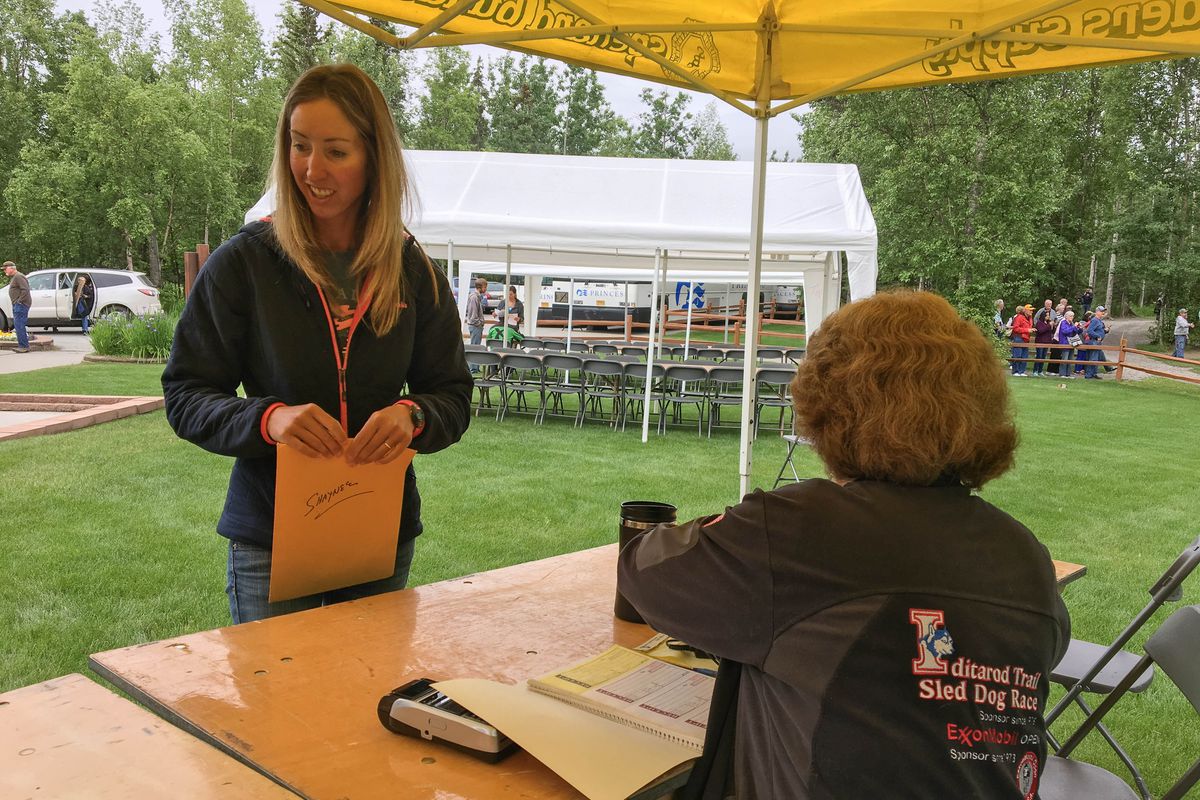 Shaynee Traska, a rookie from Two Rivers, was the first musher to sign up for the 2018 Iditarod Saturday in Wasilla. (Tegan Hanlon / Alaska Dispatch News)

Shaynee Traska, a rookie from Two Rivers, was the first musher to sign up for the 2018 Iditarod Saturday in Wasilla. (Tegan Hanlon / Alaska Dispatch News)

Shaynee Traska of Two Rivers was the first musher to sign up in person for the 2018 Iditarod on Saturday — and she was one of the luckiest.

Traska, 28, was one of two mushers who won free entry into the 1,000-mile race from Anchorage to Nome.

Joar Leifseth Ulsom of Willow, a veteran and top contender, was the other musher whose name was picked in the drawing for free entry — a prize worth $4,000.

Traska, a rookie who runs a 40-dog kennel with her husband, said she has dreamed about racing the Iditarod for years.

"This has been almost a 20-year dream of mine," she said. "When I was 9 years old my aunt and uncle came to Alaska on vacation and they met Joe Redington, came back home to Michigan, told me about the race and the sled dogs and I told my parents, 'I'm going to do that some day.' "

She said her goal is to make it to Nome.

Mushers have until Dec. 1 to enter.

Akiak's Mike Williams Jr. was one of 33 mushers who signed up in person Saturday at Iditarod Trail Committee Headquarters in Wasilla. Another 19 entered by mail.

Willliams, who has finished in the top 15 in three races, skipped the 2017 Iditarod.

"I would like to try to compete again," he said. "I just want to come out and do the best that I can."

Williams arrived at the Iditarod headquarters with his wife, their 1-year-old daughter and his father, Mike Williams Sr., who last ran the Iditarod in 2013.

The elder Williams, 65, said he had no plans to return for the 2018 Iditarod.