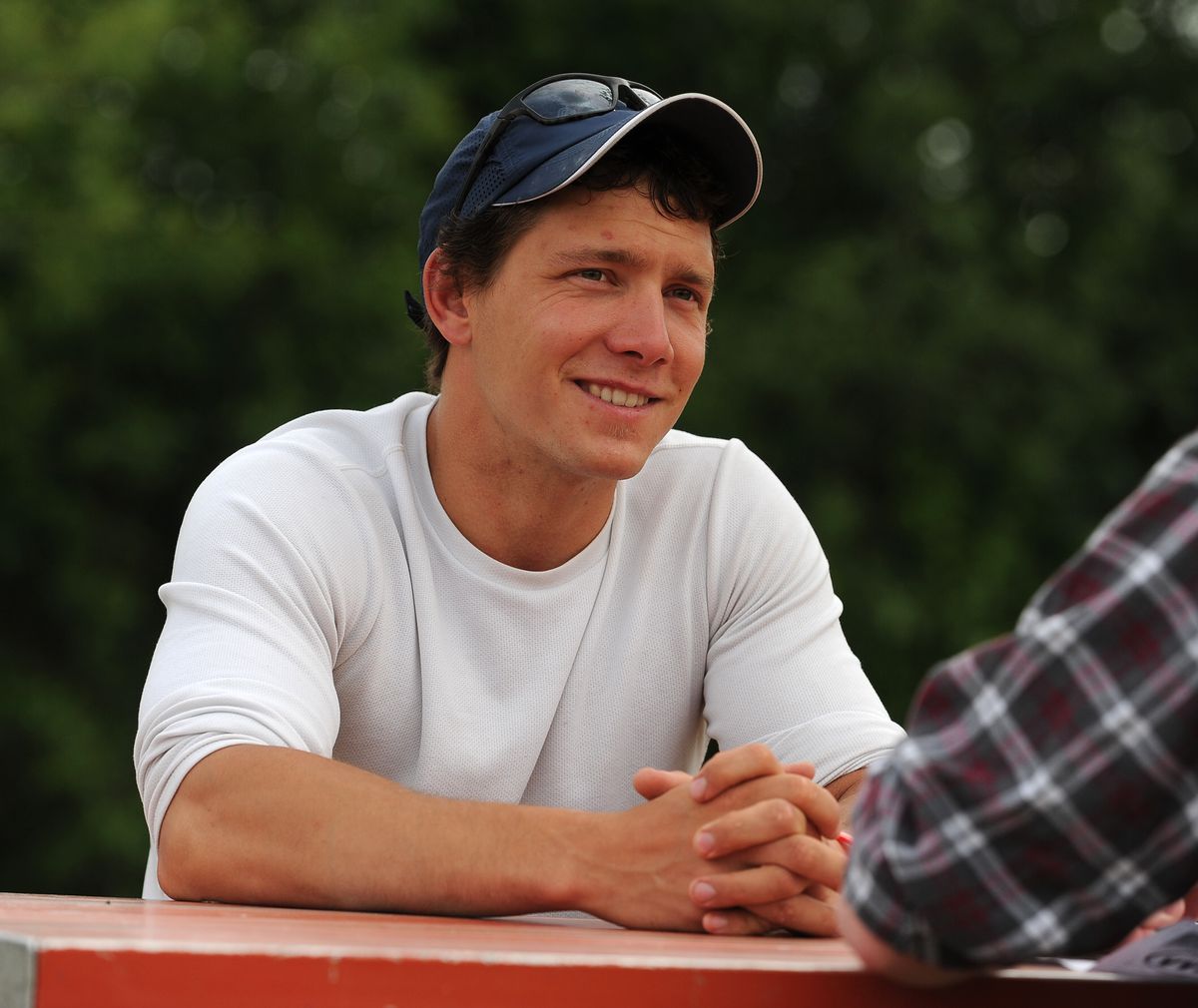 His fearlessness led him to try water skiing, bodybuilding, hand cycling and rock climbing, and he was even a radio DJ.

Oh, and he's a world champion in alpine downhill.

Kurka's nothing-is-impossible attitude is what carried him to the top of adaptive skiing and he has his sights set on his first Paralympic medal in next year's Games in Pyeongchang, South Korea.

Kurka, who is from Palmer, this past season earned a World Championship gold in downhill, silver in giant slalom and bronze in Super-G, in addition to numerous World Cup podiums.

But for Kurka to enjoy his best season, he had to do what was hardest for him: slow down.

At the 2014 Paralympic Games in Sochi, Russia, Kurka broke his back in his first downhill training run. Eight months later, he was back on the mountains only to snap his femur in half in another accident.

It was the latest series of serious injuries in a career that had plenty of them, and he knew something needed to change if he was going to keep competing.

"I knew once I stopped getting injured and once I figured out what the secret was, that's when my consistency would start to go up (and) my finish rate and podiums would start to go up as well," Kurka said. "I've been (focusing) on consistency, keeping injury out of the (mind) and finishing with the fastest average times that I can."

[Kurka exits Paralympics with broken back]

Despite ending most of his seasons in a hospital bed, Kurka was still putting up enough consistent results to stay on the U.S. Adaptive Ski team.

Kurka finished third in a World Cup event in 2015 in Canada, despite racing at a reduced speed. So he sat down with his coaches and examined where he could tweak his runs to offer a bigger chance of getting down the mountain with more control and still maintain his signature speed.

"Fast to me isn't what fast to everyone else is," Kurka said. "I sat down and I took a moment and it kind of blew my mind.

"That's when I realized if I just take it easy and I'm consistent from top to bottom, I'm naturally faster than most of the competition."

At 13, Kurka was partially paralyzed in a four-wheeler accident during a fishing trip at Jim Creek. Now, at 25, he prides himself in serving as positive example for disabled athletes.

He's quick to respond to messages on his social media sites. His athlete Facebook page has more than 2,000 "likes."

"That is my purpose," Kurka said. "It means everything to me.

Kurka is going on eight years in ski racing and six years with Team USA. He said he wouldn't have been able to continue if without support from fans and sponsors. His GoFundMe page is aimed at raising money for Pyeongchang.

Kurka will be among the favorites in Korea in several events after pulling in two World Cup crystal globes for finishing as the World Cup leader in downhill and super-G this past season.

Then, it's on to the Paralympics, where he hopes to be the first Alaskan to win a Paralympic medal. His ultimate goal, in true Kurka fashion, is five gold medals.

"I'll shoot for the moon, land them on the stars, right?" Kurka said. "Those are my aspirations."