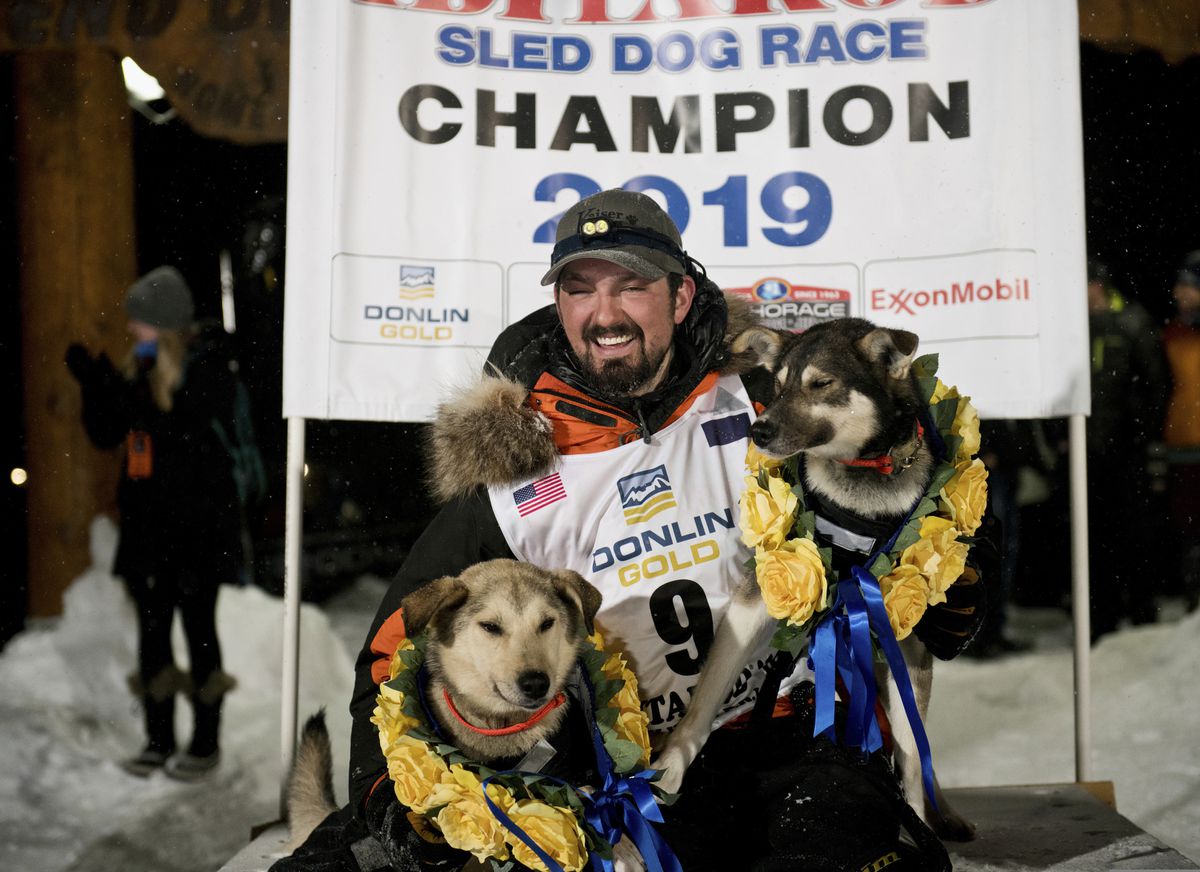 Reigning champion Pete Kaiser of Bethel was one of 40 mushers, including five past champs, tosign up Saturday for the 2020 race. (Marc Lester/ADN)

Reigning champion Pete Kaiser of Bethel was one of 40 mushers, including five past champs, tosign up Saturday for the 2020 race. (Marc Lester/ADN)

The Iditarod’s new boss first learned about Alaska’s famous sled dog race from a soap opera star he met on a flight to Anchorage years and years ago.

Appropriate, perhaps, given that Rob Urbach is now in charge of an event that has provided us with continuing drama — good and bad — over the decades.

Urbach was announced Saturday as the Iditarod’s new executive director. He replaces Stan Hooley, who left last winter after about 25 years in the job.

Urbach, 57, most recently worked in private equity advisory services as a director at Andra Partners. Before that, he was the executive director at USA Triathlon from 2011-17, a stretch during which an American won an Olympic gold medal and the NCAA accepted triathlon as an emerging women’s sport.

“I’ve competed in Iron Man triathlons, but at the end of the day I get a hot shower and a bed. It’s only one day,” Urbach said in an interview. “I’m in awe of what the mushers can do, what they can sustain, what they can push through — hardship, weather, sleep deprivation — and still focus on maintaining the highest quality of dog care.

“Yet they do this with this lightness of being. With this joy and outright reverence for the event.”

Urbach, one of 85 applicants for the job according to Iditarod officials, was introduced at race headquarters Saturday, the opening day of musher signups for the 2020 race.

He wasn’t the biggest name on the scene — past champions Martin Buser, Mitch Seavey and Joar Leifseth Ulsom were among 23 mushers who signed up in person.

But he’s the man most likely to influence the future of a race that has been troubled recently by dog fatalities on the trail, growing criticism from animal-rights groups, loss of major sponsors and a public rift between a four-time Iditarod champion and the board of directors.

Urbach said the race is in good shape despite all of that, and he praised the makeup of the race’s revamped board of directors.

“There are some challenges, obviously, but some of the reasons I want the opportunity is because of those challenges. That energizes me,” he said.

“But if they were in a not-very-good place, I would not be here.”

Before coming to USA Triathlon, Urbach was the executive vice president for Octagon, a global sports management and marketing firm.

He said he intends to listen to the concerns of anti-Iditarod critics who think the race is cruel to dogs, and he said he’d like to assemble a panel of independent veterinarians to hear their views about dog care.

At USA Triathlon, he said, drowning deaths were an issue that the group tackled by researching trends and causes, and then sharing that information with its membership.

“If a veterinarian thinks we can be doing something better, I want to hear about it,” he said. “Our organization has a responsibility to listen.”

Urbach, who holds an MBA from the Wharton School of Business, led USA Triathlon during a period when it reached an all-time high in revenues and doubled its endowment, according to triathlete.com.

As the head of the Iditarod, his duties will include finding and keeping corporate sponsors, something the race has struggled with at the national level.

He’s already thinking about how he can make the Iditarod an attractive partner to businesses and corporations that have nothing to do with Alaska or animals.

“Persistence, ingenuity, tenaciousness, preparation, training, execution — those are financial brand attributes for almost any sponsor,” Urbach said. “Imagine an SUV. The next Nissan Xterra should be the Nissan Iditarod.

“That’s the opportunity and the challenge — how do you get nonendemic sponsors to leverage that incredible brand equity?”

Urbach said he became a fan of the Iditarod about 20 years ago when he met actress Susan Lucci on an airplane. Lucci, an “All My Children” star, was on her way to Alaska to be an Idita-rider in the 1999 Iditarod’s ceremonial start. They started talking about the race, and Urbach became a fan from afar.

Urbach got a preview of what he’s in charge of at Saturday’s signups and annual volunteer appreciation picnic. A total of 40 mushers signed up — 23 in person, 17 by mail — for next year’s race.

And, after skipping last year’s Iditarod in favor of the Yukon Quest, 78-year-old Jim Lanier of Chugiak is back.