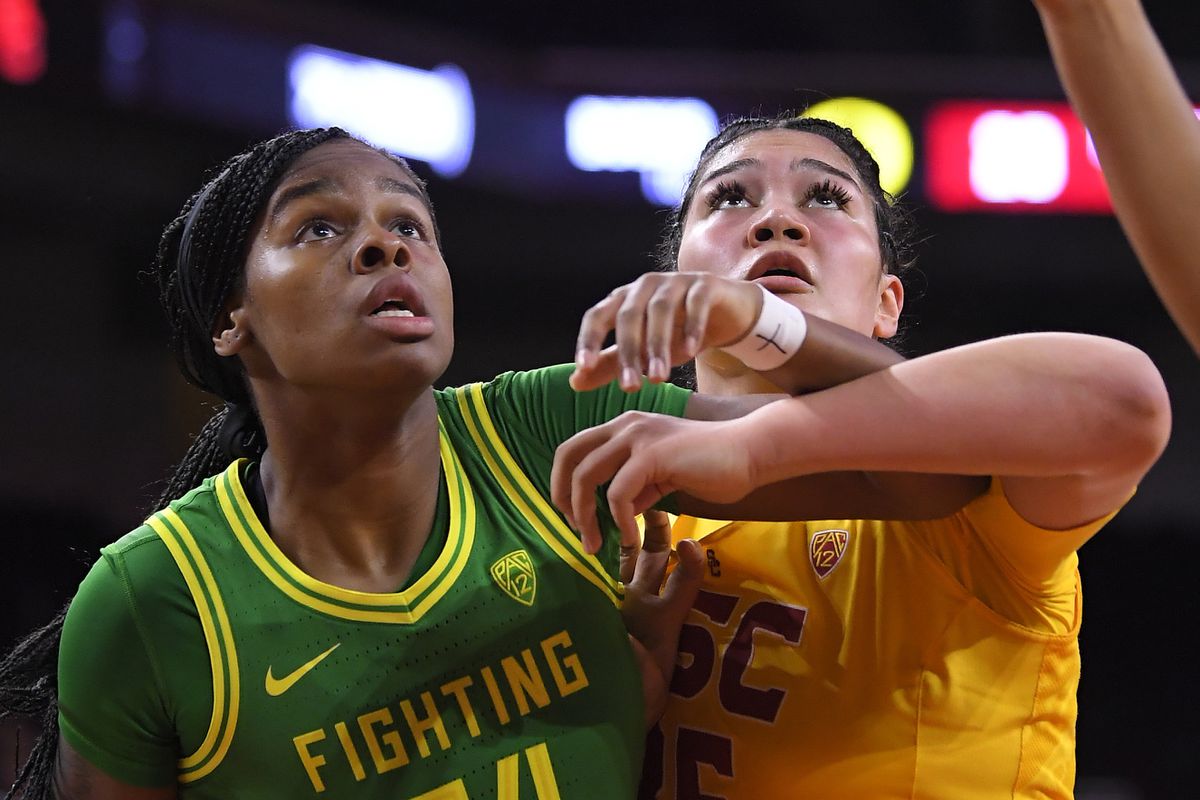 Two of Alaska’s greatest women’s basketball players battled Sunday at the Galen Center in Los Angeles, where senior Ruthy Hebard of Fairbanks led the second-ranked Oregon Ducks past USC 93-67 despite a big effort from freshman Alissa Pili of Anchorage.

Hebard, a 6-foot-4 forward, and Pili, a 6-foot forward, battled head-to-head on several possessions during the Pac-12 game. When it was all over, they shared a hug.

Hebard, a West Valley graduate, finished with 22 points, 10 rebounds, two steals and one block in 36 minutes.

The lopsided win was not a surprise. Oregon is 24-2, spent part of the season as the nation’s No. 1 team and is loaded with talented seniors, including Hebard. USC is 13-12 and reliant on young players, none more so than Pili.

Pili has twice been named the Pac-12 Freshman of the Week and on Friday racked up 26 points and 13 rebounds to lead the Trojans to a 72-66 upset of 11th-ranked Oregon State.

Sunday marked Pili’s 10th straight game with double-figure points and her 19th of the season.

For Hebard, it was the 52nd double-double of her career. She will leave Oregon as one of the school’s most prolific scorers and rebounders, having reached the 2,000-point and 1,000-rebound milestones earlier this season.

Hebard is a nominee for both the Naismith Award and Wooden Award, both of which honor the nation’s top players. She is projected to be a top draft pick in next spring’s WNBA draft.

Hebard and Pili are arguably among the top 10 women’s players from Alaska, part of an elite group topped by Jessica Moore of Palmer, a three-time NCAA champ at UConn who went on to play in 223 WNBA games.