After an eventful year, Randall skis to 12th place at Birkebeiner 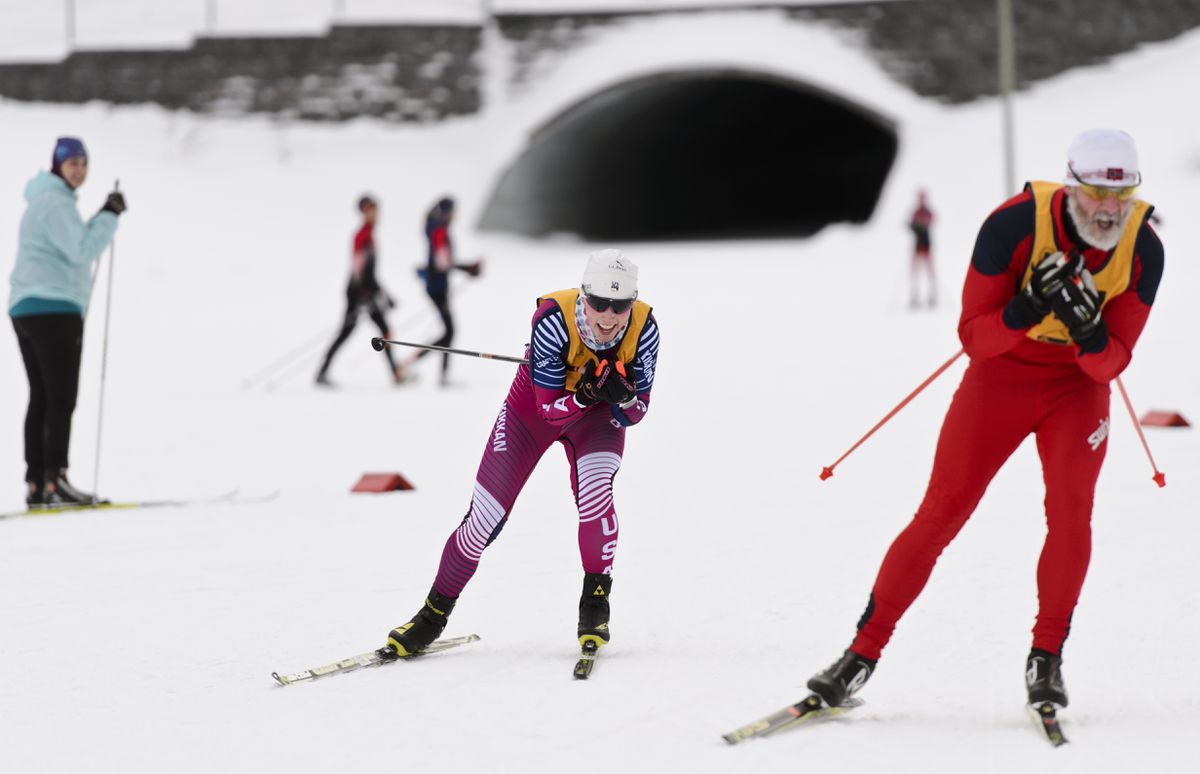 A year after winning Olympic gold, nine months after being diagnosed with breast cancer and one month after her final radiation treatment, Anchorage’s Kikkan Randall skied to 12th place among women Saturday at the American Birkebeiner.

It was Randall’s first appearance in the biggest cross-country ski race in North America. She was the honorary race starter and she spent a few days in Wisconsin in advance of the race working with youth groups and promoting the race.

A pair of skiers from Vermont took home victoties in the 50K – Alayna Sonnesyn topped the women in 2 hours, 34 minutes; Akeo Maifeld-Carucci paced the men in 2:12:34 – less than one second ahead of runnerup Brian Gregg, a former UAA skier from Minneapolis.

Randall, who a year ago Friday teamed up with Jessie Diggins to win America’s first gold medal in cross-country skiing, clocked 2:48:19.4. In May, she learned she had breast cancer, and spent the rest of 2018 undergoing chemotherapy, radiation and surgery.

Six other Alaskans cracked the top 15 in the freestyle race, which boasted 3,696 finishers. Leading the way was Becca Rorabaugh, who claimed fourth place in the women’s race in 2:36:17.2.