My boyfriend finally told me about his bad credit. Now I'm questioning our whole relationship. 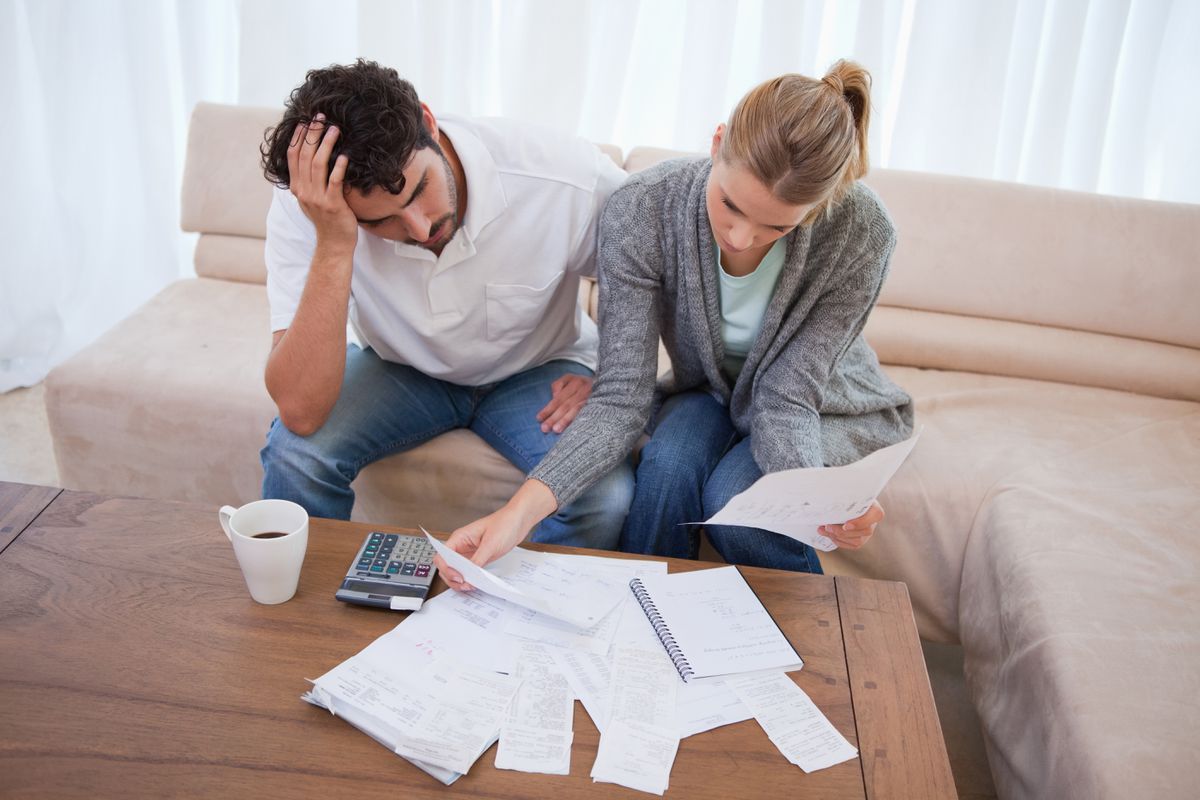 I've been seeing "Chris" for many months now and recently we started talking about moving in together. I have a house that I bought two years ago. It's small but still big enough for the two of us. This past weekend, Chris and I started talking about how we would split the bills. It's the first time we've ever really talked about money. We both have good jobs and make what I would term average salaries, where we aren't rolling in extra cash, but there's usually enough. When we go out, we usually go halves, though sometimes one of us will pick up the bill to be nice. I've never suspected money was an issue for Chris.

But in our conversation this weekend, he revealed he has really bad credit. He still has more than $10,000 in student loans (for a degree he never finished, too). He has even more than that in credit card debt — he wouldn't say how much. He also has big monthly payments on a new truck. And he has nothing in his savings account. Actually, he doesn't even have a savings account.

I have to say, this was all really shocking. Chris and I have an awesome relationship full of fun, laughter, support and great chemistry. But this reveal that he's got major money problems really has me doubting everything. Why does he have a brand new truck, for instance, if he has so much debt? Why are we going out so much if he owes so much money? I asked these questions and he got really defensive and said his money is his problem, but from my position, once we live together, it's our problem; and if we ever get married, which I have definitely considered a possibility, it's definitely my problem. But he totally shut down when I tried to talk more about it and now I just don't know what to do. I'm afraid this could be a deal breaker. Advice?

While Chris may be a great buddy, lover and companion, he also clearly has a lot of growing up to. But don't give up yet. You've got a good thing going, sounds like. Combining households could provide the little push needed to get Chris to take that hard look in the mirror and make some lifestyle changes.

[How can you tell if a relationship is moving too fast?]

These conversations may sound too personal or dreadfully dull but they are totally appropriate topics for a couple perched on the edge of cohabitating. Because: what if one of you gets laid off or fired? What if one of you suffers a fund-sucking medical crisis and needs financial support? There are many what-ifs to discuss to ensure you're on the same page. Let Chris know how deeply you feel for him, that you see a future together, and because of that, you want to be sure you're on the same page now and doing what you can to support him.

And there's this: If he hides information about his finances, or flatly refuses to discuss them, naturally you'll wonder what he's hiding. This will lead to trust issues and that will torpedo your happy connection. According to a Money Magazine survey, couples fight about money more than sex, and it's easy to see why. People can have wildly different philosophies about things like savings accounts, investment strategies and debt management — differences that can lead to resentment, judgment or bickering if not managed maturely.

Sex and money — two of my favorite topics! Have plenty of both and life is good. The rest just sorts itself out, right?

Props to you for having the big talks. So many times people (like your boyfriend) avoid tough topics, fearing that it might upset or embarrass their partner/friend/family member. But this is the right topic and the right time. And even though your BF goes MIA at your mention of money, you can't let him slide on this one.

You're a serious adult. You've worked hard to get your life in order. You know what you want and what it's going to take to get you there. That's awesome. It's important that you stick to those standards and recognize the two big red flags your boyfriend just threw up that could derail your lovely life: his frightening financial situation and his adolescent avoidance.

Hopefully he's just really ashamed of the current state of affairs and the decisions that got him into the hole, which in turn caused his meltdown. Give him a little air and then sit him down and bring it back up. Don't preach on what he should do and how he should do it. If you start talking down to him about dumping the truck and shifting all of his fun money into paying off his loans, he'll likely get insecure and upset again. Simply make it clear that if he's willing to work at getting his financial act together, you'll work with him, too, as hard as it gets and as long as it takes. And if he isn't, he might need to find another place to park that pretty truck.

That approach, and some makeup sex, ought to ease the tension and get you moving forward again.