Here are strategies for staying safe in bear country 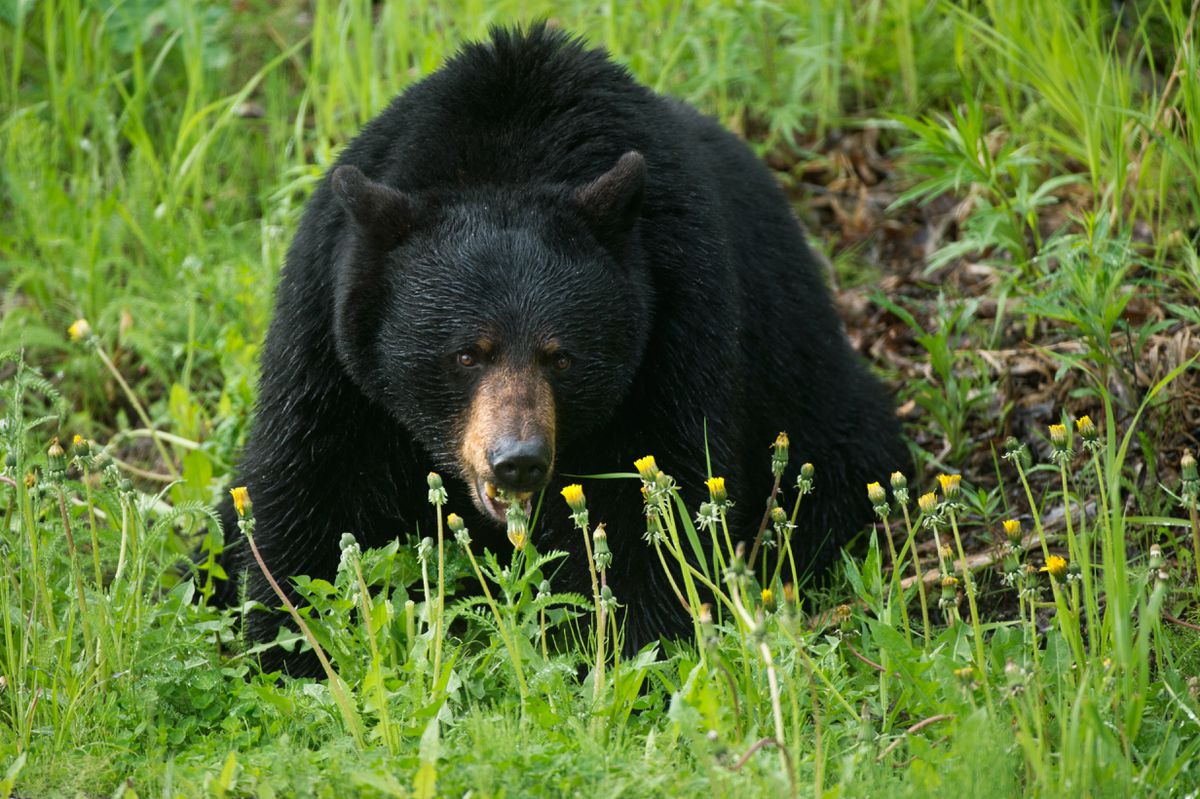 A black bear ate dandelions along Arctic Valley Road, while three cubs wrestled with each other and climbed nearby trees on June 13, 2017. (Marc Lester / Alaska Dispatch News)

A black bear ate dandelions along Arctic Valley Road, while three cubs wrestled with each other and climbed nearby trees on June 13, 2017. (Marc Lester / Alaska Dispatch News)

Each situation is different; there's no guarantee of safety. But there are some strategies for avoiding bears and guidelines for what to do if you come across one.

All three species of North American bears live in Alaska. Brown bears are found in most areas of the state (they are the same species as grizzly bears, although there are some differences between the two). They are usually 7 to 9 feet long.

Black bears are smaller, about 4 to 6 feet in length. They inhabit most of the state's forests.

And polar bears, generally the largest of the species, live among the tundra and sea ice of western and northern Alaska.

[Video: A lesson on how to use bear spray]

Here's some advice from the Alaska Department of Fish and Game and the National Park Service about staying safe in bear country.

— Make noise: Talk loudly or sing, so you don't surprise a bear. Bears recognize voices as human noises, more so than bear bells or other types of noise.

— Travel in groups: This helps bears become aware of you sooner, and is more intimidating for a bear.

— If possible, avoid hiking through thick brush: Look for paths with more visibility. If that's not possible, be extra loud.

— Carry bear spray: Learn how to use it before you go out hiking.

— Don't feed bears: It's illegal, and it's a bad idea. Keep your campsite clean. Bears are attracted to food and garbage, so keep it secure and pack it out. Store food in containers designed to be bear-resistant. Remember pets and pet food attract bears, too.

— Give bears space: Don't approach them. They may become aggressive if you get too close. Female bears need extra space — especially if they have cubs.

If you encounter a bear, here are some strategies to help avoid conflict.

— Don't run. Bears can outrun humans, and running may trigger the animals' instinctual response to chase.

— Don't climb a tree. Both brown and black bears can climb after you.

— If the bear doesn't sense you, move away without making your presence known.

— If it does notice you, identify yourself by talking calmly and slowly waving your arms. Make yourself appear as large as possible. If a bear is stationary, move away slowly. Keep your eye on the bear. But if it follows, stop. Hold your ground.

— If these strategies don't work and the bear continues to approach you, become more aggressive. Get louder. Throw rocks or stones or use bear spray.

— Firearms are recommended only in the hands of experienced gun users. Fish and Game recommends a .300-Magnum rifle or a 12-gauge shotgun with rifled slugs if you have to shoot a bear.

If you are attacked by a bear, you can play dead or fight back. What you choose to do depends on the reason the bear is attacking.

— Play dead if a bear is attacking out of defense. Most brown bear attacks are defensive, such as when a female bear is defending its cubs, for example. To play dead, lie flat on your stomach with your hands protecting the back of your neck. Spread your legs so the bear has a tougher time moving you. Remain motionless for as long as possible. But if the attack is prolonged, fight back.

— Fight back if the bear is attacking because it perceives you as prey. Although rare, brown bears and black bears may attack for this reason. For black bears, fighting back is almost always your best defense. Fight back against a bear that is calmly focused on you, or breaks into a tent or building. Aim for the face and muzzle.

And, here's a short video from the Alaska Public Lands Information Centers and the National Park Service:

Know Your Bear Facts – Alaska Department of Fish and Game