Iconic in Alaska, classic Xtratuf boot gets a redesign 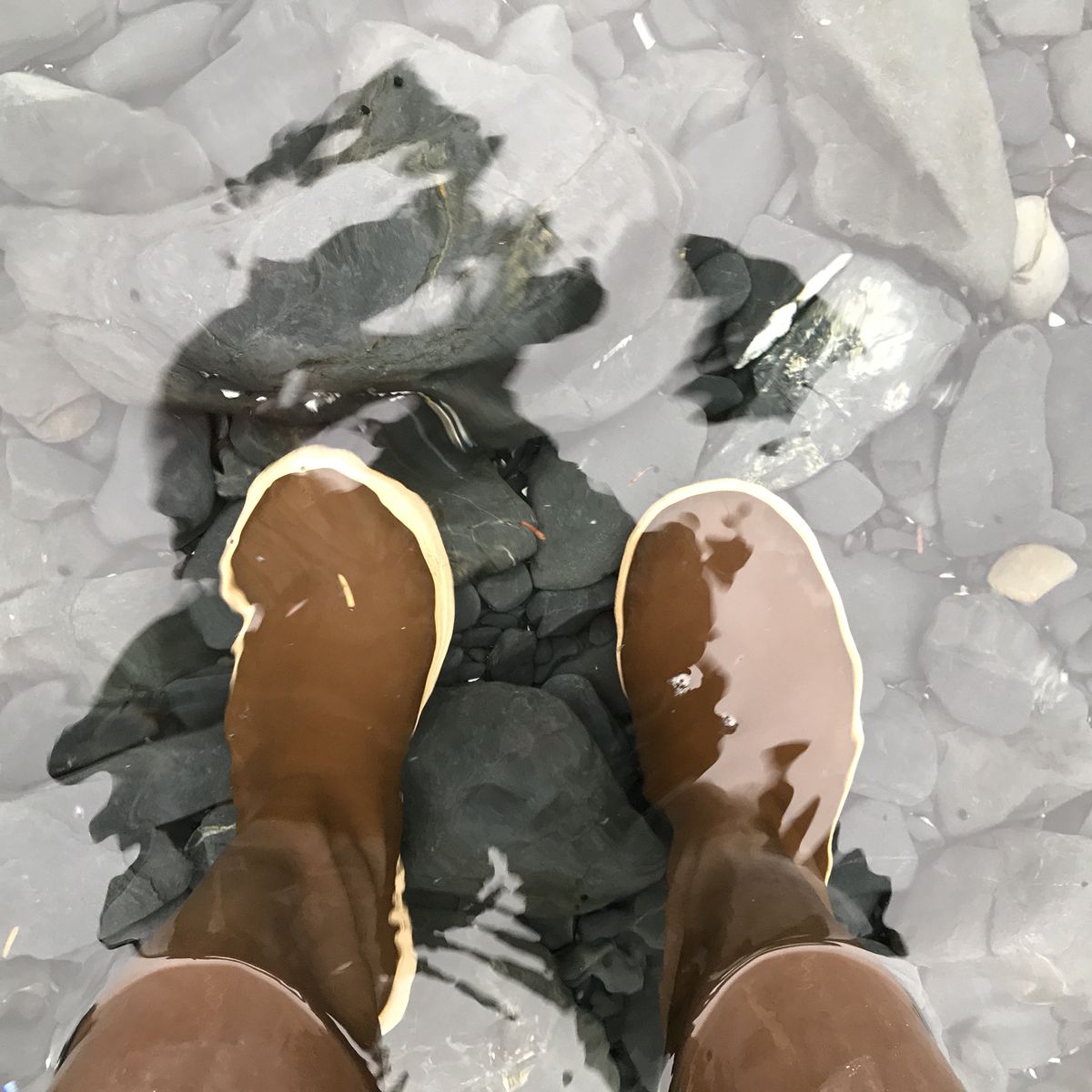 Xtratuf has launched a redesigned version of the classic dirt-brown Legacy boot that overwhelmingly outfits sport and commercial fishermen throughout Alaska.

Purists needn't fear, said Bo Thai, associate project manager for Xtratuf. The traditional Legacy will remain in the brand's line for those who think the boot is fine just the way it's always been.

To eliminate this classic boot would be foolhardy, he added, as it still represents the majority of the company's sales. Still, the company now has the technology to create a better product, Thai said, and that's what it's been doing for the past year.

Attendees at the Outdoor Retailer show in Denver got a preview of the new design in January, and the boot is now available alongside the original. Thai said the changes made in the new design were informed by feedback from fishermen and in-house testing on different walking surfaces, Thai said. The company began quietly modifying the boot more than a year ago to improve its overall performance, and one of the main areas is slip resistance.

There is "a lot of flex and grooves to keep it from becoming slippery," Thai said of the bottoms of the boots.

In a lab setting, the newly designed soles were tested on two surfaces: ceramic tile wetted with a soap solution, much like a slippery cannery floor, and a smooth steel surface slicked with glycerol, not unlike the slippery deck of a commercial-fishing skiff. Thai said boots that can withstand those types of conditions are awarded the highest level of slip resistance. The Legacy 2.0, unlike the original, has achieved that status.

Other changes include a thicker polyurethane insole and a shin guard along the front of the boot for those grueling hours leaning over the gunwales. A larger, textured heel was added to make slipping off the boots easier, which Thai said is still subtle enough to keep it from getting caught in gill nets.

The most notable change is hardly noticeable, Thai said. When the company came out with its first Xtratufs in 1957, users were simply built differently.

"We humans have larger calves than we used to," he said. "So the fit of these boots reflects that evolutionary change."

Another development launched this year included new designs by Homer-based company Salmon Sisters. For the second year, Salmon Sisters and Xtratuf have collaborated on decorative boot linings, which are revealed when the top is folded down. This season's designs incorporate humpback whales and jellyfish swimming among herring. The prints are in addition to the already popular octopus and salmon designs offered last year. The linings will also come in the shorter deck boot model.

"We love to celebrate the things that we find beautiful and that we are proud of in our industry and Alaska," said Salmon Sisters designer Emma Teal. "That will always stay the same."

"Our clients are 75 percent male," Thai said, "so we have worked with Salmon Sisters to provide some alternatives for women. These have been incredibly well-received in the Lower 48."

Tom Huffer Jr., who has commercial-fished the north line of Egegik in Bristol Bay for 38 years, said he is somewhat optimistic about some changes to the boot he has worn since he was a teenager, but others seem unnecessary.

"I think the shin guards could be a good thing when you're leaning up against the boat," he said. The nubbed heel for easier boot removal, though?

"I don't know about that," he said. "We had a guy who caught his heel in the net and that was with the old boots," he said. "They don't need to be any bigger at the heel. Everything catches on the nets."

Huffer said he still wears the original Xtratufs, mostly because they have not worn out yet and he doesn't need a new pair. He said he'll wait and see how the Legacy 2.0 fares before giving up on the originals.

"I like that snug calf fit," he said. "It keeps water from going in your boot, and if you go overboard, they won't fill up as fast. I'm not convinced yet."

Still made in China, but better?

It wasn't so many years ago that Xtratuf endured one of its most challenging periods after being acquired by the Honeywell Co., which decided to shift production of the boot to China in an effort to save money.

Its shaky transition to the Chinese production market in 2011 almost turned Alaskans off Xtratufs altogether, said Steve Haynes of NorthStar Sales Group, Alaska's sales representative for the brand. Loyal customers were outraged — part of the brand's popularity was due to its being made in the USA.

"Alaskans are passionate about this iconic boot," Haynes said. "When I got the phone call — 'You need to pass it on; we are moving the product to China' — I thought, 'This isn't going to work.' But Honeywell looked at the cost of production in the United States, and it was going up 5 percent to 7 percent each year. The old guys might have paid that, but Honeywell felt the young millennials aren't going to pay $200 for a boot."

In those first few years, the transition was rough, and lost in translation were the specifics of how to build the boots correctly. Glue was not applied properly and a new lining thought to be more cost-effective was not durable. For several years after the Chinese took over production, boots were being returned in record numbers.

That has since changed dramatically, Haynes said. After the boots' failure, Honeywell invested in a training program to show the Chinese workforce how the boots were to be built.

"It's a handmade boot and there are a lot of people touching it," Haynes said. "The first time, we didn't train well. … We just got a little ahead of ourselves. We're up to speed now."

"The return rate on the USA boot was 2 percent," Haynes said. "The China boot is less than half a percent."

The Legacy 2.0 is available now. The new Salmon Sisters boots will be on store shelves by the end of May.