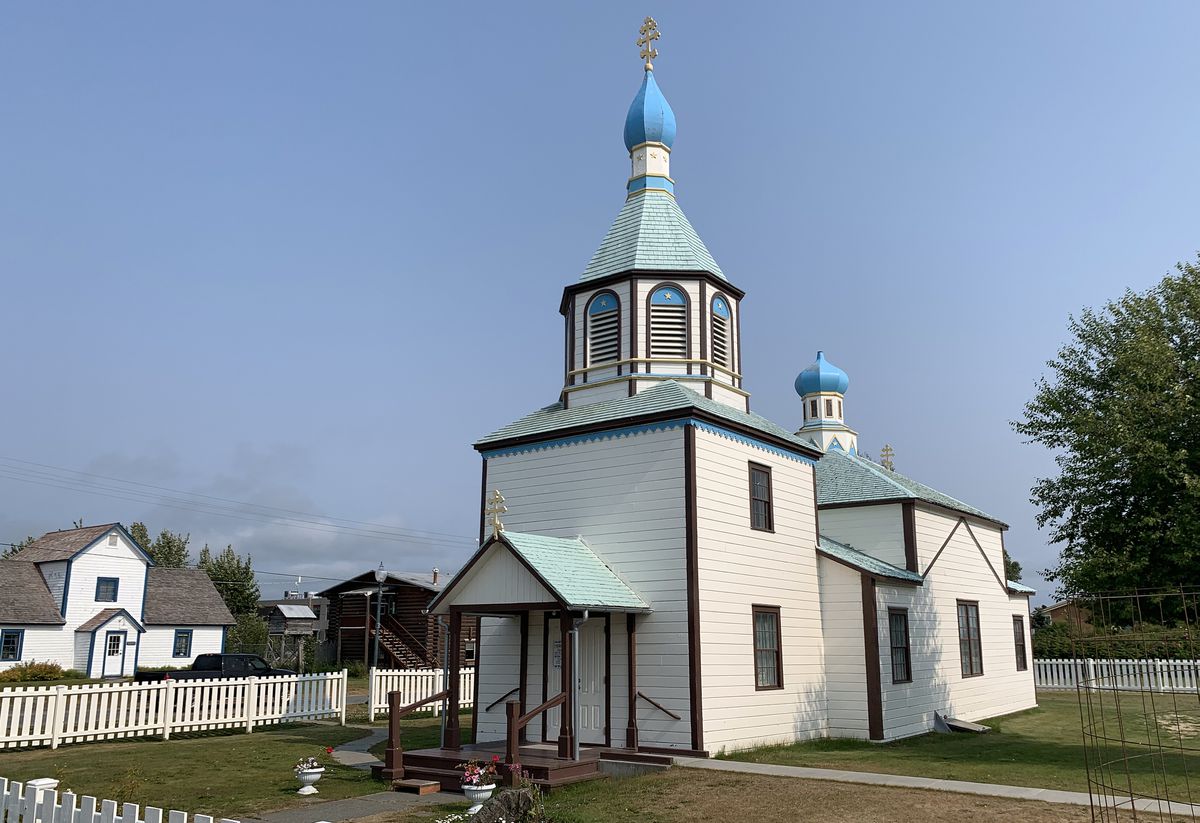 The Holy Assumption of the Virgin Mary Russian Orthodox Church in Old Town Kenai was built in 1894. (Matt Tunseth / ADN)

The Holy Assumption of the Virgin Mary Russian Orthodox Church in Old Town Kenai was built in 1894. (Matt Tunseth / ADN)

KENAI — The Holy Assumption of the Virgin Mary Russian Orthodox Church in Kenai will undergo a major renovation for its 125th birthday.

The church, erected in 1896, will get a new roof, cupolas and crosses. Construction began Monday and is estimated to last until September, the Peninsula Clarion reported Tuesday.

The Russian Orthodox Sacred Sites in Alaska group, dedicated to preserving the state’s Russian Orthodox monuments, is giving $170,000 for the renovations in conjunction with other individuals and organizations.

The project will improve the exterior appearance of the church and prevent further leaking into its interior, which has caused problems over the last 10 years.

John Wachtel, a National Park Service historical architect who is leading the renovations, told the Peninsula Clarion that much of the leaking seems to be coming from the cupolas, making the restoration practical and cosmetic.

Dorothy Gray, a treasurer for the Russian Orthodox Sacred Sites in Alaska, said the church plays an important role on the Kenai Peninsula.

"There's easily 200 people through the church every day during a normal year in the summer," Gray said.

A 2010 renovation replaced rotten logs in the church and installed a fire prevention system and ramps for those with disabilities.

Gray said that the church’s short distance to Blazy Construction in Soldotna meant the logistics for the plan worked out well. Typically, Gray said, projects like this require companies to travel through remote villages, which is unfeasible during a pandemic.