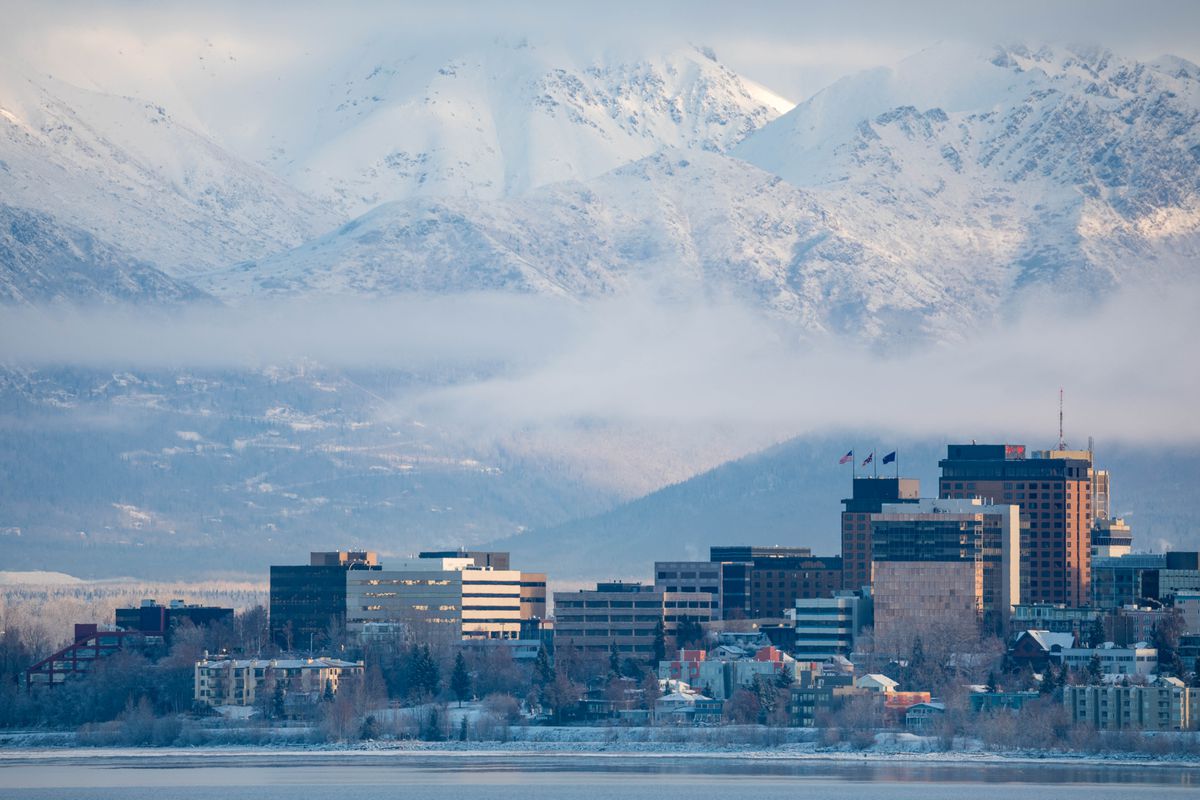 Part of this history series is the interaction with Alaskans, and I have answered around 800 reader-submitted history questions. The questions have ranged from the personal to the global, family histories to global pandemics. The following are some of the best questions and answers.

What’s the early history of the Anchorage dock?

Anchorage did not have a dock to which freighters and steamers could tie up directly until September 1919. Before then, ships anchored offshore with passengers and goods transferred to lighters and barges that carried them to shore. The transition was not always smooth.

In August 1916, a group of tourists arrived in Anchorage on a steamer. The group included several doctors. Most notable among them was Dr. John Outland, one of college football’s first stars. To this day, the Outland Trophy honors college football’s most outstanding interior linemen. Past winners include Hall of Famers like Bruce Smith and current stars like Aaron Donald.

Though these tourists had planned on disembarking to take in the sights of Alaska’s newest city, only one left the ship. On arrival, they took one look at Anchorage and thought better of setting foot in town. One among them reportedly said, “Anchorage was no place to visit, there being nothing of interest in the city, and the whole place was a veritable mudflat.” When the mudflat residents learned of this insult, they were scandalized and furious. The Anchorage Daily Times demanded that the steamship companies not only look into the matter but “summarily reprimand” the tourists who had so damaged the fair name of Anchorage.

One month later, another steamer with tourists arrived at Anchorage. First, the mail was unloaded. Then, some passengers went toward the shore. The passengers had to pull themselves up a long ladder to reach the top of the wharf. The women among the passengers struggled with the climb.

Lighter operators made their money by the trip, and delays were costly. Finally, their anger boiled over, and they threw the women into the muck near the mouth of Ship Creek. The women struggled through the filth, mud, and excrement — Ship Creek being the town’s most convenient waste chute — until they could drag themselves onto dry land. Two of them lost their shoes. Meanwhile, their lighter was back at the steamer, picking up another load. Given their introduction to Anchorage, you could hardly blame these women if they similarly dismissed the city as a veritable mudflat.

How did Clay Products Drive in Turnagain get its name?

This is a surprisingly common question. In the mid-1940s, there was a small brick-making company named Clay Products, Inc. at that road’s western terminus. The company closed in 1947 due to a lack of modern machinery. For more minutia, Clay Products Drive was originally Clay Products Road until renamed in 1963.

What do you know about Jimmy Sumpter? He was a bar owner in Anchorage in the ’60s and ’70s?

Born in Sparks, Nevada, Sumpter moved north in 1937 and was in the local club business in a big way by the mid-1940s. Like the downtown Village Bar, his early clubs were notorious for their illegal use of b-girls, ladies employed by the house who cajoled visitors into buying more drinks. And he appeared in court for one such charge, accompanied by 15 of his uniformed female employees. The Village Bar had a Western theme, with the female employees clad in thematically appropriate little cowgirl costumes. Judge Buell Nesbett, the downtown courthouse namesake, promptly fined him and kicked them out of his courtroom.

Most infamously, his wife and stepson were murdered during the night of November 25-26, 1973, by local motorcycle gang pledge and serial killer Gary Zieger, who burnt their house down for good measure. As Chilkoot Charlie’s founder Mike Gordon recounted, Sumpter refused to pay the gang protection money. After the murders, Sumpter offered a $10,000 reward for information, though some locals thought the money was, in reality, a bounty for Zieger’s death. On November 28, 1973, Zieger’s body was discovered with a shotgun blast-sized hole out at Potter Marsh. Sumpter, of course, had an airtight alibi.

Do you have any information on the Alaska Commission Hospital on Third Avenue? I was born there in 1943.

The Alaska Engineering Commission, which oversaw the construction and operation of the Alaska Railroad, began building on the Commission Hospital in 1916. The facility opened on Dec. 1, 1916, but was not completed until early the next year. Per AEC officials, its location on Third Avenue between A and B Streets was “far enough removed from the business section of the town to ensure that isolation from activity and noise so essential to the welfare of the patients.” The building was four stories tall, including an attic with employee bedrooms. Construction cost $35,000, about $700,000 today. By the 1930s, the hospital was insufficient for the town’s medical needs, resulting in the 1937 opening of the original downtown Providence Hospital. The Commission Hospital closed in 1944.

What year did an Anchorage orchestra climb Flattop for a summer solstice performance?

For the 1978 summer solstice, the Anchorage Krausenspilers, eight local businessmen, performed at Flattop’s peak. They carried their instruments up, including a tuba, cornets, trombones, and a bass drum. The wind reportedly reached 30 miles per hour. I played tuba in high school, and I am in awe of someone hiking with a tuba and trying to play in that wind.

For the 1991 summer solstice, a small brass ensemble, most likely five pieces, took a helicopter to the summit for a short performance. They played twice that day, at noon on the summit, then at the Glen Alps parking lot.

I’m writing a work of fiction set in 1977 Southcentral Alaska, and I’m trying to find out how much a kilo of cocaine would sell for back then, and also what the street price for smaller amounts of cocaine would have been.

This was one of the most original and fun questions submitted. Some of the best documentation for street pricing comes from drug busts. The following prices were all offered by local law enforcement after busts in Southcentral Alaska. In 1977, half an ounce of cocaine had an estimated street value of $1,200. In 1977, a half-pound was worth an estimated $16,000.

Why was Anchorage chosen as the location for the Joint Base Elmendorf-Richardson?

Government officials selected Anchorage as the location for Fort Richardson in 1939. There were many reasons why Anchorage was chosen as opposed to Nome, Valdez, Cordova, Juneau, and Seward. The most common rationales included a relative lack of mosquitoes, mountain protection from aerial assaults, and access to vegetable and coal supplies in the Matanuska-Susitna Valley. In addition, Anchorage had sea access but was generally inaccessible to large enemy warships. And finally, while Anchorage was not the largest city in Alaska in 1939, people had generally come to think of it as the gateway into the Alaska interior. At the same time, an Anchorage location allowed air superiority to be projected over other gateways like Valdez.

Why JBER’s specific location within the Anchorage Bowl? What is now JBER was then sparsely populated by a few homesteads. The base was both separated from town and close enough to access its services. Army and federal leadership prioritized access to the interior over the Kenai. Thus, the northwestern location was preferable over the then essentially undeveloped, boggy Anchorage bowl south of Fireweed Lane.