Launching a book on Alaska food, Julia O’Malley talks food trends and the surprising beauty of a Jell-O salad 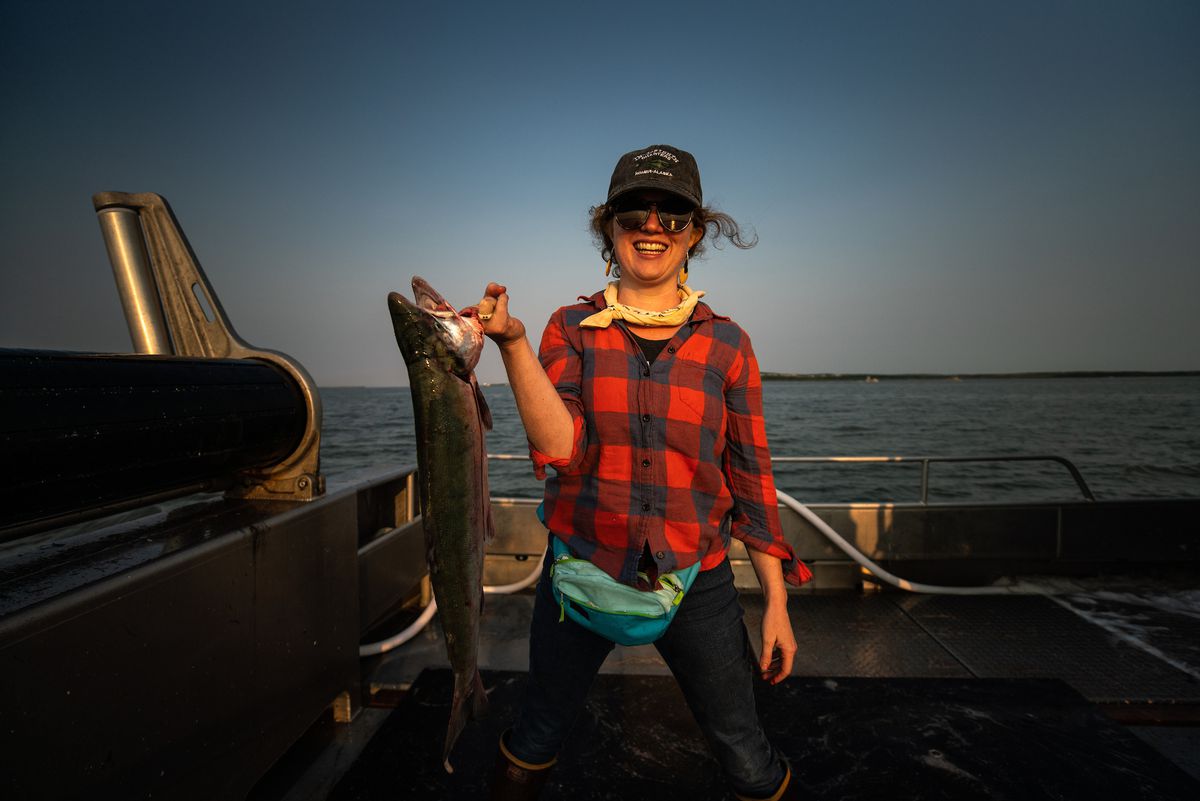 Julia O’Malley, an avid home cook since her college vegetarian co-op days, left full-time work at the Anchorage Daily News in 2014 after the birth of her second son. Soon, because she was bored, needed income and missed writing, she started to blog and began freelancing. Her work kept returning to the subject of Alaska’s food culture. In 2017, Anchorage Museum director Julie Decker approached her to collaborate on a book to accompany the museum’s food exhibit. The new book, “The Whale and the Cupcake: Stories of Subsistence, Longing, and Community in Alaska,” collects her food writing as well as interviews with Alaska food influencers and recipes inspired by Alaska’s historic cookbooks (most of which were tested in a Facebook group of Alaskans and published over 2018 in the Anchorage Daily News). It also features the work of a number of local photographers.

What was the process of researching the book? Where did you find your sources?

The book research began by accident. I was pitching stories I was interested in, and most of them had to do with food. Pretty soon I teamed up with this photographer Katie Orlinsky, and we got a grant to write about climate and subsistence. The most memorable trip we took was to Point Hope, a village my grandparents had connections in, for the whaling feast. We got off the plane, in the fog, and realized all the arrangements for rides and lodging had fallen through. But we were soon rescued by Aana Lane, who brought us to her kitchen and asked us to help make doughnuts. We spent a lot of time in that kitchen. We made akutuq, ate fermented whale, whale flipper, seal oil, and there were a good number of amazing, surprising, sheet cakes. I became totally obsessed. My sources, mostly, are regular people who welcomed me into their regular kitchens, which is where I think Alaska’s cooking magic happens, though I spent some time in grocery stores and restaurant kitchens, too.

One big theme is longing, that sense of wanting foods you don’t have. A hundred years ago, it was the Presbyterian church ladies in Fairbanks, longing for a civilized tea experience with white cake they’d eaten growing up in Seattle or San Francisco. It’s that thing I felt as a kid, thinking about chain restaurants like Krispy Kreme. It’s how my parents felt growing up here, thinking about fresh peaches. It’s what urban Natives feel, longing for village foods like seal, or immigrants from Africa, longing for foods from home. It’s that feeling you get in February when you go to Fred’s on a Sunday and the barge broke down so they’re all out of fresh spinach. That feeling is at the center of our food relationship, something to do with being annexed way up here. It drives us to fill freezers with fish and pantries with Costco and to bring pineapples home from Hawaii in our carry-ons.

What’s an ingredient or cooking method that’s fallen out of fashion that should be revived?

I’m weirdly a fan of Jell-O? One of the most fun things I did for this book was spend a summer researching old cookbooks, many of them from the museum archive. There were lots of amazing, creative, fascinating recipes that subbed wild foods into recipes, like seal spaghetti and meatballs. But the section I always got the biggest kick out of was “salads,” which rarely involved actual fresh vegetables, but instead were totally centered on canned fruit, wild berries and Jell-O. You can’t really overstate the influence of shelf stable foods like Jell-O, Ritz crackers, Pilot Bread and cake mix in Alaska’s kitchens. But here’s the thing: Some of those “salads” are actually kind of good? There’s something about the crazy vivid color and the combination of tart fruit and sweet. I’m super into a salad I just had at my Aunt Barbara’s house over Thanksgiving, made with cranberries, frozen Alaska raspberries and Jell-O with this perfect ribbon of sour cream that runs through the center.

What’s something that’s better left in the past?

There’s this idea that comes up from time to time that we don’t have a food culture here. But what I think is that we just haven’t talked about it enough and really defined it. Our food culture is vibrant, awesome and central to how we live and understand our relationship to this place, it’s hidden in plain sight. We are masters of wild food gathering, preservation and preparation. We are beasts at provisioning and pantry-building. My hope is that in restaurant kitchens we’ll eventually see less of the practice of mimicking dishes from the Lower 48 and more really leaning into and exploring what we have here .There is, for example, this amazing high-brow wild food/low-brow shelf stable thing that happens in home kitchens — see, like, fresh salmon rolled in Dijon and butter and saltine crumbs — and I’d love to see that come across on restaurant menus more. I’d also love for big, non-ethnic restaurants in Anchorage to take more notice of our diverse community. People who eat in this city know that you can get everything from injera to goat curry to banchan to menudo to pancit. Restaurant kitchens in Anchorage are actually really diverse places, but why don’t influences from, say, for example, the Philippines, show up on menus more? Immigrants from Asia especially have influenced how Alaskans eat for a century. I’d like to see us own and integrate those foods more on restaurant menus, to help really articulate and reflect how Alaska eats.