Overfed and underexercised, some dogs are putting on pandemic pounds 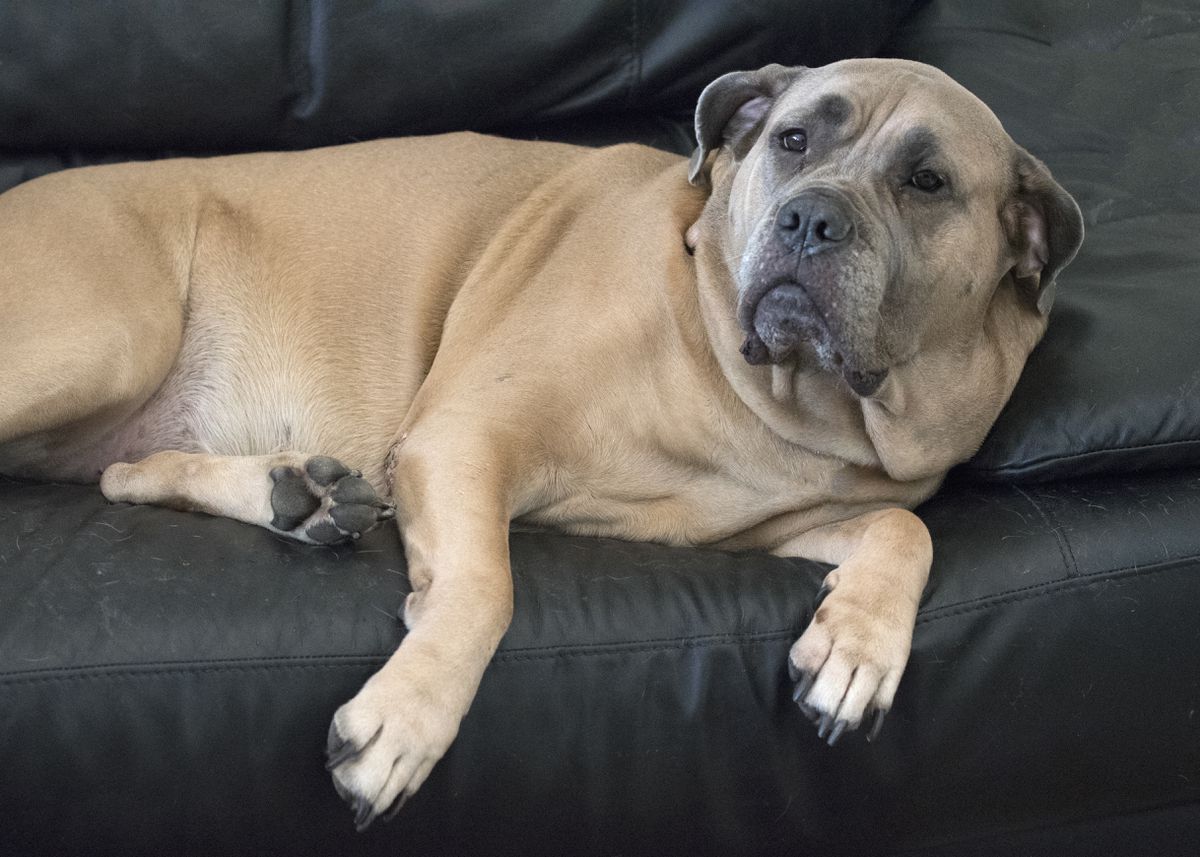 When shutdowns to stem the spread of the novel coronavirus began last spring, Massachusetts retiree Lisa Allen took her state’s stay-at-home guidance seriously. She holed up in her high-rise Boston condo with her 6-year-old Pomeranian, Desi.

She reduced walks from three to two a day - the better to avoid the elevator and lobby. She bought pee pads for Desi and gave him a treat when he used them.

By late June, Desi was having trouble breathing. A routine visit to the veterinarian revealed that the tiny dog had gained a pound.

The problem, the vet said, was one familiar to millions of Americans and a growing number of their pet dogs: a routine upended by covid-19. In many cases, housebound humans are giving their dogs more attention and walks, boosting fitness for pets and people alike. But in others, veterinarians and professional dog walkers say, the changes have led to overfed and either underexercised or overwalked dogs - and to new joint problems and obesity.

Banfield Pet Hospital, which has more than 1,000 locations across the United States, surveyed pet owners at the end of May about how they were faring during the pandemic. Many reported pudgier pets.

“It’s too soon to tell if the covid crisis has resulted in weight gain for the average pet,” said Andrea Sanchez, a Banfield veterinarian and senior manager of operations support. But of 1,000 respondents, she said, “33% said they thought their pet had gained weight - and it was especially dog owners.”

Tomika Bruen, who owns a dog-walking company in the Los Angeles area, said that when her clients began calling her back recently to take their dogs out, she detected not only twinges and soreness among the canines, but also exhaustion. Owners who had canceled services for several months had also failed to keep their dogs in shape.

“We normally walk dogs for 20 minutes to an hour,” Bruen said. “The ones that usually get longer walks, I’m noticing that we have to slow down and take breaks. I think their pet parents might take them out for 10 or 15 minutes. They’re winded now after 25 or 30 minutes.”

“They’ve put on so much weight that their bodies move like Jell-O,” deWildt said. “I can see the fat rolling on their bodies.”

Even deWildt’s own bull terrier, Sonny, plumped up during the height of the Boston-area shutdowns. His ideal weight, she said, is 38 pounds. He was up to 41 by late June, and he sported a new little roll above his tail.

“The parks got closed. The trails got closed,” she said. “I was home more and eating more snacks. Got to give one to him - look at that cute little face. It’s a fair percentage of his body weight.”

Anne Kimmerlein, a veterinary epidemiologist for VCA Animal Hospitals, said she’s hearing about dogs that have packed on covid-19-era pounds. But she’s hearing the opposite, too.

“We also have seen anecdotal stories about dogs that were overweight or sedentary, and now that their owners are at home, they’re spending a lot more time playing and walking,” she said.

That kind of increase in activity is generally good, said Doug Kratt, president of the American Veterinary Medical Association. But it can lead to new problems if owners aren’t careful, he said.

“I think you’ll see some animals that got heavier, but also some that lost a little bit of weight and are maybe having to address arthritis-type issues because the owners are walking them more,” he said. “The creaks and aches may have shown up more.”

Kratt said that while it’s too early in the pandemic to know, he suspects that the disrupted routines will have different regional effects on dog weight and health. In cities, shutdowns have kept more people and pets sequestered inside apartments and condos, and outside of closed dog parks. In suburban and rural areas, where parks and streets are less crowded, people may be exercising their dogs more, he said.

No matter the location, Kratt said, the rise in numbers of humans staying home with their dogs 24/7 is causing more emergency calls to veterinarians for things that simply went unnoticed back when people were out all day.

“We’re seeing, at my clinic, more vomiting and diarrhea,” said Kratt, who practices in Wisconsin. “More lameness. More itching. These are things that maybe the pets would always do, but people weren’t around to see it and watch it as closely.”

Sanchez said that 44% of respondents to the Banfield survey said they were paying closer attention to their pets. She’s been encouraging them to think of new ways to give the dogs exercise and stimulation.

“My dog is a rescue, and he’s always had some issues with being outside, and with noise phobias. A large part of his exercise has always been tug-of-war or catch in the house or the backyard,” she said. “Those are great things to do. . . . And if you bring home a new toy, or if you have another pet they can play with, you’ll start to find more creative ways to add exercise indoors.”

A veterinarian can also tell pet owners how many calories dogs should eat each day based on their current weight. The amount of food and treats vary from brand to brand, Sanchez said, so dog owners should work with veterinarians to determine a calorie count that works for the food sources in the home.

That’s what Allen, the Boston retiree, is now doing with Desi, whose new nickname is “the portly Pomeranian.” His meal sizes have been slashed, and she throws a ball in the condo for him to chase while she continues social distancing.

At first, Desi was not a fan of the new plan, which also includes fewer treats. But he’s coming around.

“We spoil our pals because we love them, but watching their weight to ward off illness really is a better way to spoil them,” Allen said. “I have to keep reminding myself of that, even though he’s staring at me and I know perfectly well what he wants.”