There’s more than one way to take a cruise, and sometimes smaller is better 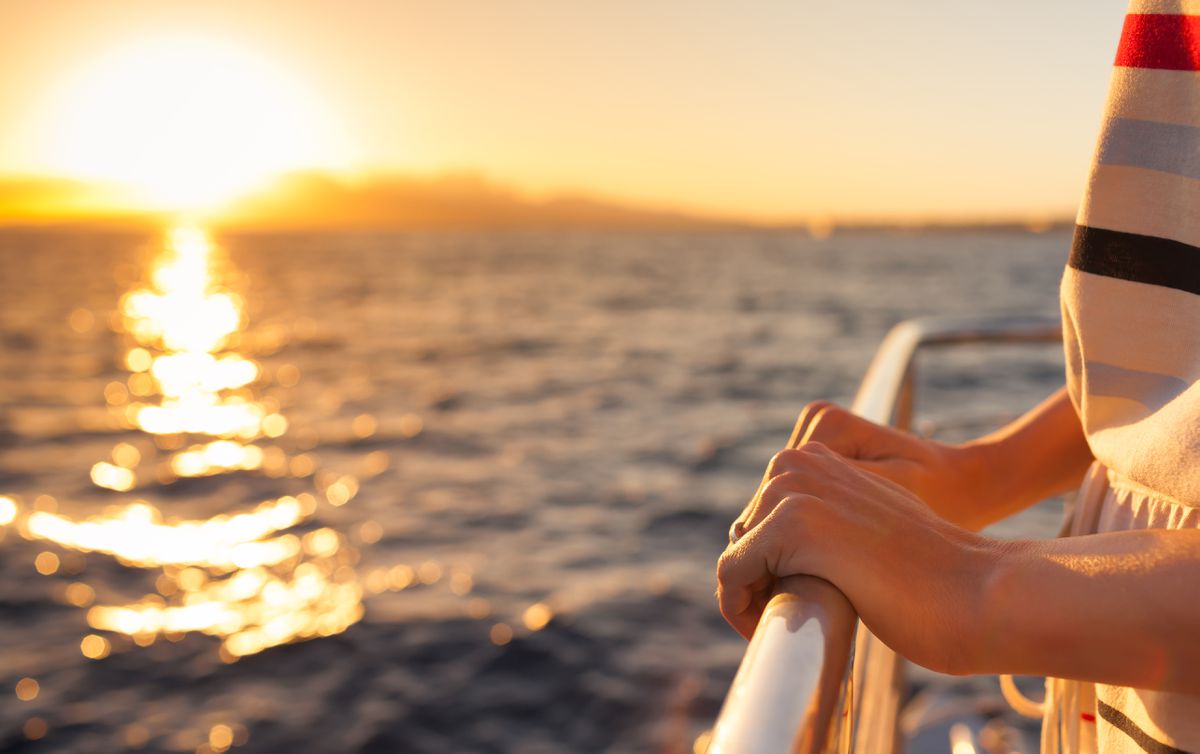 About half of the folks I talk to about coming to Alaska say they are really looking forward to "one of those big Alaska cruises."

Cruise ships sail all over the world — and many of the larger ones (with 2,000-plus passengers) are self-contained resorts with casinos, restaurants, theaters –even rock climbing walls and zip-lines.

But there is more than one way to cruise. My friend Janine Amon is cruising the coast of Croatia right now. She organized a group of a dozen travelers to sail on a 38-passenger deluxe yacht, the 129-foot Fantazija with the Katarina Line.

Following her Facebook posts, Croatia and the Dalmatian Coast have moved up to the top of my shortlist.

Stops include several islands between Dubrovnik and Split. The Fantazija is a "deluxe class" ship, but there are others available.

The weeklong itinerary costs about $2,517 per person, based on two people sharing a cabin, and includes meals and sightseeing tours with visits to Split, Korcula and Mijet.

There are plenty of excursions available and guests are free to swim in the warm, clear waters of the Adriatic Sea. I'm looking forward to learning more about her excursions to Montenegro and the old districts of Dubrovnik.

[You can still fly cheaply overseas this summer, if you're willing to make a stop or two]

Not everyone signs up for warm-water cruises, though. Tom and Penny Wells took a cruise to Antarctica this winter with Quark Expeditions.

"I would book this trip again in a second," said Penny Wells.

The Wells family traveled in January during the Antarctic summer. "We had phenomenal weather for crossing Drake's Passage," said Penny.

The cruise on the Ocean Endeavor included stops in the Falkland Islands, South Georgia Island, the Antarctic Peninsula and crossing the Antarctic Circle. The ship is configured for a maximum of 199 passengers, with 130 crew members.

Zodiac excursions were included in the price, although there were additional charges for kayaking, stand-up paddleboarding and camping onshore.

"When we arrived at a good place to see penguins or to do some hiking, we would get at least two Zodiac landings per day," she said.

The cruises can sell out up to two years in advance, said Penny. So first they got on a waitlist until someone canceled.

David Rowell was born in New Zealand, but he calls Seattle home. Since 2001, he's written an email travel newsletter called The Travel Insider.

We met because we both have a background in the travel business. Since 2005, he's been taking groups of his newsletter subscribers on "Christmas Market Cruises" through Europe. (The cruises are open to everyone, not just subscribers.)

River cruises are becoming more popular, especially along the Rhine and the Danube. From the beginning, Rowell has worked with AMA Waterways.

"AMA just keeps better and better," said Rowell. "That's opposed to the airlines, which are getting worse and worse. One payment still covers shore excursions, meals, some alcohol and entertainment."

Usually, Rowell travels with 20-30 people on a boat that holds a maximum of 150 travelers. His next Christmas markets tour starts Dec. 11 in Budapest, Hungary.

Ports along the Danube include Vienna, Melk, Passau and Nuremberg. Post-cruise options include a trip to Prague.

"Since river cruising is becoming more popular, it can be a challenge in the summer to find a berth," said Rowell. "But in the winter, it's not crowded at all."

Prices for the Christmas market tour range from $3,548 to $5,348 per person, depending on the cabin size.

Alaska is the core of UnCruise Adventures' small-ship expeditions. Dan Blanchard and his crew have positioned small ships in Southeast Alaska for 21 years. Next year, the company is bringing the 88-passenger Legacy to Juneau.

From there, the ship will make a seven-day trip to Sitka. "We don't sail port-to-port," said spokesperson Sarah Scoltock. "You'll see locations like Tracy Arm or Baird Glacier on the itinerary. From there, we get out and kayak, hike or view the wildlife."

The Legacy then returns on a separate seven-day itinerary from Sitka to Juneau along a more northerly route, including Glacier Bay and a stop in Haines.

Uncruise also offers year-round cruises in Panama on another of their small ships, the Safari Voyager. The 174-foot ship can accommodate 62 guests.

There are several itineraries which include both Costa Rica and Panama, but Scoltock is excited about the "Pure Panama" itineraries. These are eight-night cruises, priced from $3,795 per person.

"A full transit of the Panama Canal is included," said Scoltock. But the ship calls on remote islands on either side of the canal. This includes the Guna Yala Islands (formerly known as the San Blas Islands).

"This is a classic postcard destination," said Scoltock. "There's a white sand beach and crystal clear water. We bring out all the water toys and have a big beach party," she said.

On the other side of the canal there is a call at the Pearl Islands, which are almost entirely uninhabited. Then, there's a call at the Darien Jungle, where villagers meet the ship in motorized dugout canoes for a trip into the jungle.

Uncruise also offers small ship cruises in Mexico's Sea of Cortez, in the Galapagos Islands, along the Columbia River and in Hawaii.

There are many other seagoing options, which I lightly characterize as cruises. These include other river cruises, specialty live-aboard boats for diving and other adventure cruises.

If you want to have a great adventure on the water, even here in Alaska, consider a smaller ship.