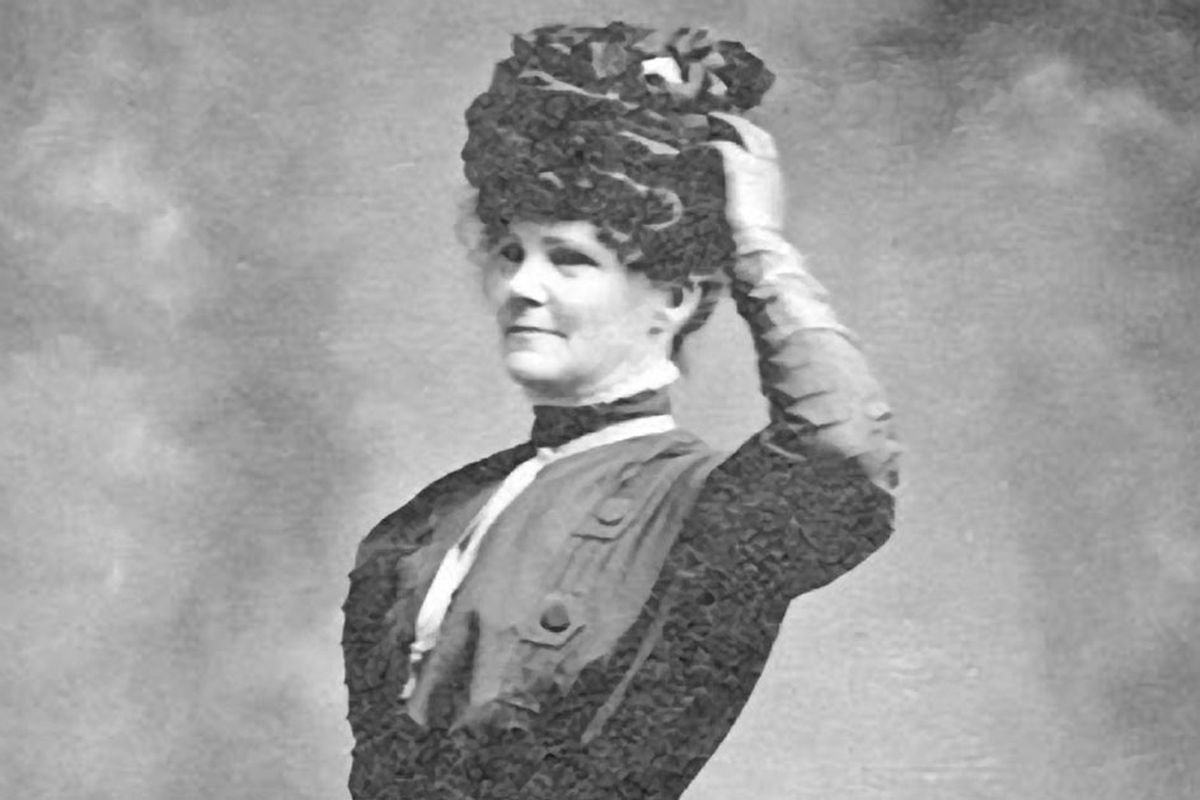 The Queen of Heartbreak Trail: The Life and Times of Harriet Smith Pullen, Pioneering Woman

Harriet Smith Pullen was a renowned Alaska pioneer who arrived in Skagway at the onset of the Gold Rush and remained after most early residents departed. She opened a hotel called the Pullen House and played a key role in establishing tourism in Alaska. Known both for her elegance and grit — early in her Skagway days she drove freight horses while wearing fashionable dresses — she became a favorite subject for reporters and historians seeking stories of Alaska's frontier era. Even now, her name surfaces in historical and fictional accounts of the time, and like all people whose lives become legend, the line between facts and embellishments has blurred.

Eleanor Phillips Brackbill is Pullen's great-granddaughter. She grew up in the shadow of Pullen's legend and her recently released book, "The Queen of Heartbreak Hill," seeks to reclaim her foremother's actual story. The result is quite a bit more. Using her ancestor's experiences as foundation, the book is a fascinating look at America's westward expansion, offering a detailed exploration of the economic and personal experiences that drove two generations of one family onward across the nation's ever-receding frontier during the second half of the 19th century.

Brackbill begins her history in Pennsylvania, where Pullen's father, Andrew Jackson "A.J." Smith, was raised. Son of a staunch abolitionist, Smith was filled with missionary Christian zeal and gained an early reputation for his efforts at converting all whose paths he crossed. He also had a deep wanderlust, and in the 1850s this led him to move to Wisconsin, where he married Mary Jane Stewart, acquired a homestead and became a teacher. Harriet was born here in 1860.

Hardships on a biblical scale

Smith kept extensive diaries, and most of them have been preserved. They gave Brackbill vivid material from which to recount his perpetually rising and falling fortunes. He placed his hopes in land and kept moving his family west as the dreams he built on various properties fell through.

When his efforts in Wisconsin came to naught, Smith took his family to the Dakota Territory, where they farmed the prairie and lived in a sod house. There they experienced hardships on a nearly biblical scale, ranging from grass fires to floods, blizzards and locusts. Brief prosperity was crushed by the calamities of nature, and eventually Smith pulled up stakes again and moved his family to Washington.

The family settled in the La Push region in the extreme northwest of the territory amid the Quileute Indians. They were encouraged to move there by a trader and merchant named Dan Pullen, who aided them, became a trusted friend, and who, despite an 18-year age difference, married Harriet in 1881.

The story of the Pullens' days in La Push is yet another cycle of rags to riches to ruin. Dan Pullen was a hard-driving worker and land speculator who bullied the local Natives and who had little regard for the letter of the law. He claimed property overlooking the Pacific Ocean and erected an ostentatious mansion for his growing family. They quickly grew exorbitantly wealthy, but it was all built on legal sand. The property was considered Quileute by the federal government, and a protracted court battle over ownership ensued. Meanwhile the couple was sued by a business associate of Dan's. The legal battles bankrupted the Pullens, and Dan vanished.

At this point, gold was discovered in the Yukon and Harriet, who had grown up persevering through endless challenges, hopped on a ship and landed in Skagway in the fall of 1897. "Like her parents before her, she went west — and north — to America's only remaining frontier," Brackbill writes. "At 37, Hattie had to make a fresh start. Placing herself in the middle of the Klondike Gold Rush seemed like the way to do it."

Brackbill follows Pullen through her early days in the muddy boomtown. While not the diarist her father was, Pullen's interviews in her later years offer a substantial — if embellished — picture of her life.

Soon after arrival, Pullen worked as a cook. Noting that packhorses were needed by miners headed up the White Pass Trail (also known as Heartbreak Trail), she had her own horses shipped up from La Push. Highly skilled with the animals and well adapted to hard work thanks to her upbringing, she briefly operated a freight business along the trail.

That ended when the White Pass railway opened, but by then she had shifted gears, leased one of the finest buildings in Skagway, and in 1901 opened the Pullen House, which she'd operate until her death in 1947.

Pullen became a beloved figure in her elegant and successful hotel, regaling guests with her tales of the Gold Rush era in Skagway. This was also where fact and fantasy began to blend, and in her closing pages, Brackbill attempts to tease the two apart. This involves examining Pullen's claims, stories added by reporters, and fictional accounts, all of which have blurred the truth.

Brackbill has done considerable historical sleuthing with this book, producing a well-crafted history about two generations of a family forever reinventing itself, and of the American frontier that provided a unique landscape and opportunity. This is an Alaska story, but it's also an American story about chasing dreams across an entire continent and overcoming countless setbacks. "The Queen of Heartbreak Trail" is about who we all are as Americans. There is much to be learned from it.