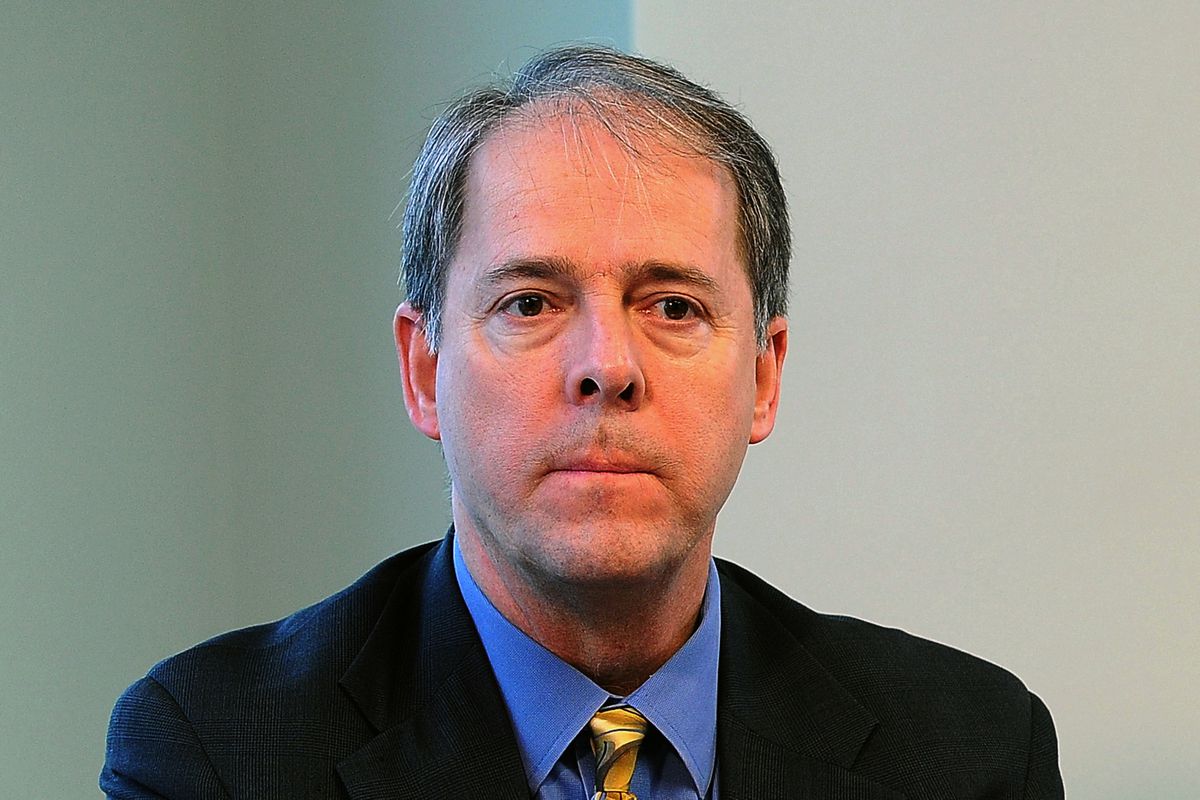 Bruce Schulte, pictured here on Feb. 24, 2015, was removed from his seat on the Marijuana Control Board by Gov. Bill Walker on Friday.

Bruce Schulte, pictured here on Feb. 24, 2015, was removed from his seat on the Marijuana Control Board by Gov. Bill Walker on Friday.

Alaska Marijuana Control Board member Bruce Schulte was abruptly removed Friday from his seat on the five-member board tasked with regulating the state's fledgling cannabis industry.

A letter from Gov. Bill Walker, who appointed Schulte to the board in 2015 to occupy a seat representing the marijuana industry, notified him of his dismissal.

"While I have appreciated your willingness to serve on the Marijuana Control Board, I have determined that your continued representation on this board is not in the best interest of Alaska," Walker said in the letter.

"Board members serve at the pleasure of the Governor, and Governor Walker felt it was time for a change. Mr. Schulte's approach to the staff and the administrative process was not satisfactory," Walker spokesperson Grace Jang wrote in an email Tuesday, when asked why Schulte had been removed from the board.

Schulte said Tuesday he had been surprised by the news and he didn't fully understand the reasons for his removal.

"I've gotten no explanation," Schulte said, adding later "there may be an agenda in the works that I was in the way of, which is far more troubling, frankly."

He pointed to apparent delays earlier this summer in accepting completed applications as the board waited for federal background checks to be returned, which slowed down the process, as evidence of an attempt to delay the initiative's rollout.

He also pointed to the change of board leadership during the board's June meeting, where Schulte was removed as chairman and Peter Mlynarik was voted in.

During that meeting, a staff member publicly addressed Schulte, saying he was quitting in part due to Schulte's actions toward the staff, before being cut off. Schulte said Tuesday he didn't understand those accusations.

Schulte levied accusations of his own at Alcohol and Marijuana Control Office Executive Director Cynthia Franklin, who he said had "exercised undue influence" over the board.

"I do think that from the outset the role of the Marijuana Control Board in making policy I think was not taken seriously; at the very least it was resisted," Schulte said. "It's my perception that many actions of the board really were allowed to take place only with the approval of the executive director."

In response to the allegations, Franklin wrote in an email that "the record of the Marijuana Control Board speaks for itself." She noted 18 meetings held since the board was formed; the adoption of comprehensive regulations; the approval of 49 business licenses thus far, and other details about the board's work in regulating the industry.

"The board is currently considering regulations which would make Alaska the leading state in regulating on-site consumption, and has successfully met every statutory deadline set forth in the voter initiative," she wrote.

Schulte's position is now listed as vacant on the state Boards and Commissions Office website. The seat is being advertised as an industry or public position, Jang wrote. Initial appointments required two marijuana industry seats, but after March of this year, the industry seat "became flexible, so that either an industry or a public member could fill it," Jang wrote.

Jang wrote the governor's office hoped to fill the position before the board's September meeting, where it will hear applications from potential retail businesses and manufacturers.

The other four positions are an industry seat, currently filled by Brandon Emmett; a public health seat, held by Loren Jones; a rural seat, held by Mark Springer; and a public safety seat, held by current Chairman Peter Mlynarik.

Mlynarik said he was surprised when he learned of Schulte's removal.

"I didn't know it was coming," he said. "Other than that I really don't know what to say."

Mlynarik was made board chairman in June; he was also active in gathering signatures for a petition to bring a commercial marijuana ban before the voters of the Kenai Peninsula Borough.

When asked about Schulte's accusations of attempted delays and influence from Franklin, Mlynarik said, "Everybody's entitled to their opinions."

This isn't the first time Walker has removed a board member from a position – he fired three members from the Alaska Gasline Development Corp. board in January 2015.

On Tuesday morning, Schulte's picture was displayed in the security guard's booth at the Atwood Building, the state office building where the Alcohol and Marijuana Control Office is housed.

"First of all, it shouldn't have been sitting out in the open like that and has been removed," Department of Administration Legislative Liaison Minta Montalbo said when asked about the photograph.

Montalbo said that when board members or commissioners leave their posts, "sometimes we're given notice that they might be coming down and we're given a photo as a precautionary measure," she said.

The measure is "not a big deal," Montalbo said, but "just so the security guard is aware of what he looked like in case [of] … any behavior that might warrant suspicion."

Schulte was not banned from the building, Montalbo said, and would not require an escort. Montalbo said she did not know who had provided the notice and image, which she said came in on Friday.

Schulte, who had expressed interest in the past in opening a marijuana retail business, said Tuesday he was taking a step back from the industry, and wasn't sure if he would pursue any kind of marijuana business license.

"I do intend to bring some light to some of the things that have gone on because I do think there's been some misconduct," Schulte said.