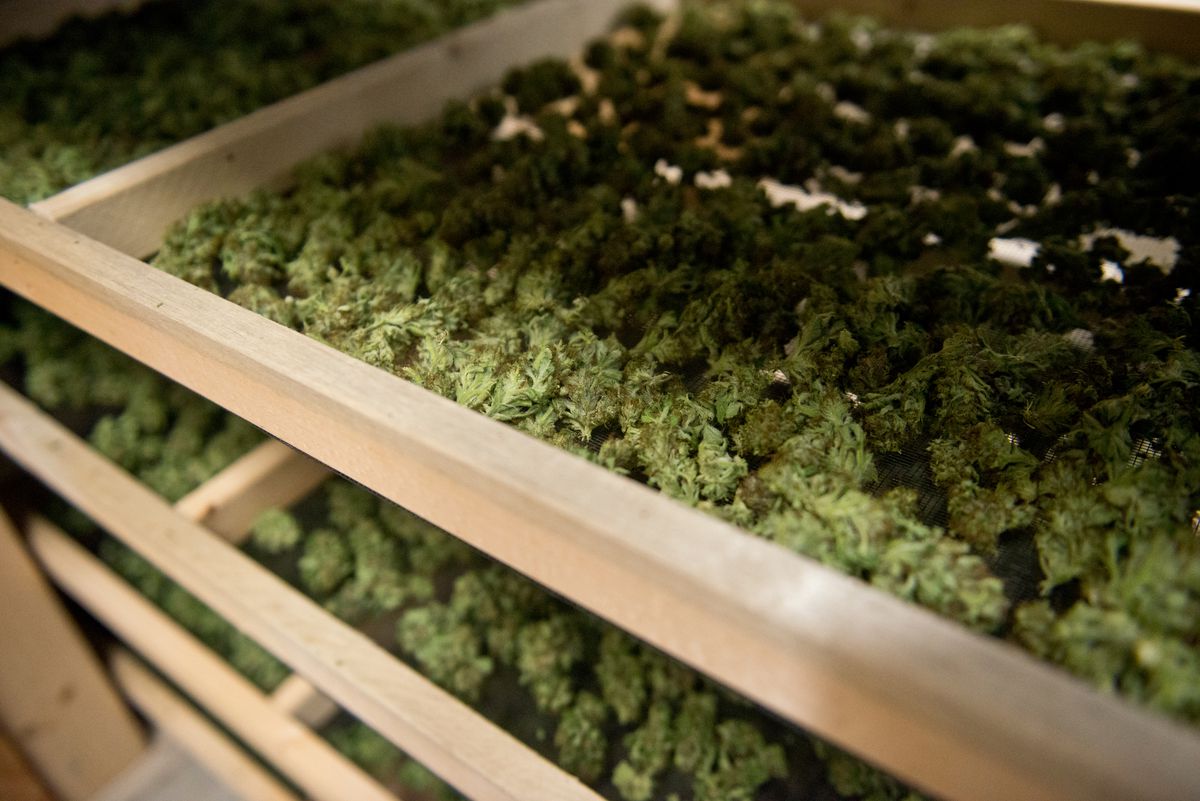 Four cannabis growers paid a total of $10,400 to the Alaska Department of Revenue's Tax Division for the month of October, said division director Ken Alper.

"This was the first delivery to the first couple of stores that happened to be open during the month of October," Alper said. "We're going to obviously see an upward trend."

Only a few stores opened in Alaska in October, and only for the final days of the month.

Herbal Outfitters in Valdez was the first store to open to the public, on Saturday, Oct. 29. In Fairbanks, Frozen Budz and Pakalolo Supply Co. followed soon after, with both stores opening on Oct. 31.

Under Alaska law, cultivators pay the state's tax. Bud is taxed at $50 per ounce, and other parts of the plant, like the stems and leaves, are taxed at $15 per ounce.

Most of the tax revenue came from taxed marijuana bud, with a small portion coming from other parts of the plant, although Alper wasn't sure the exact number. Roughly speaking, cultivators paid taxes on about 13 pounds of marijuana in those first days of legal sales.

Two more stores — one in Juneau and another on the Kenai Peninsula — opened in November. The Juneau store, Rainforest Farms, also has its own cultivation facility. Red Run Cannabis, in Kenai, was selling Greatland Ganja-grown products when it opened just before Thanksgiving.

Half of the tax revenue will go to the state's general fund; the other half has been appropriated to programs aimed at reducing repeat criminal offenders.

Here are the 20 Anchorage marijuana shops closest to opening

In Fairbanks, marijuana shops struggle to keep up with demand