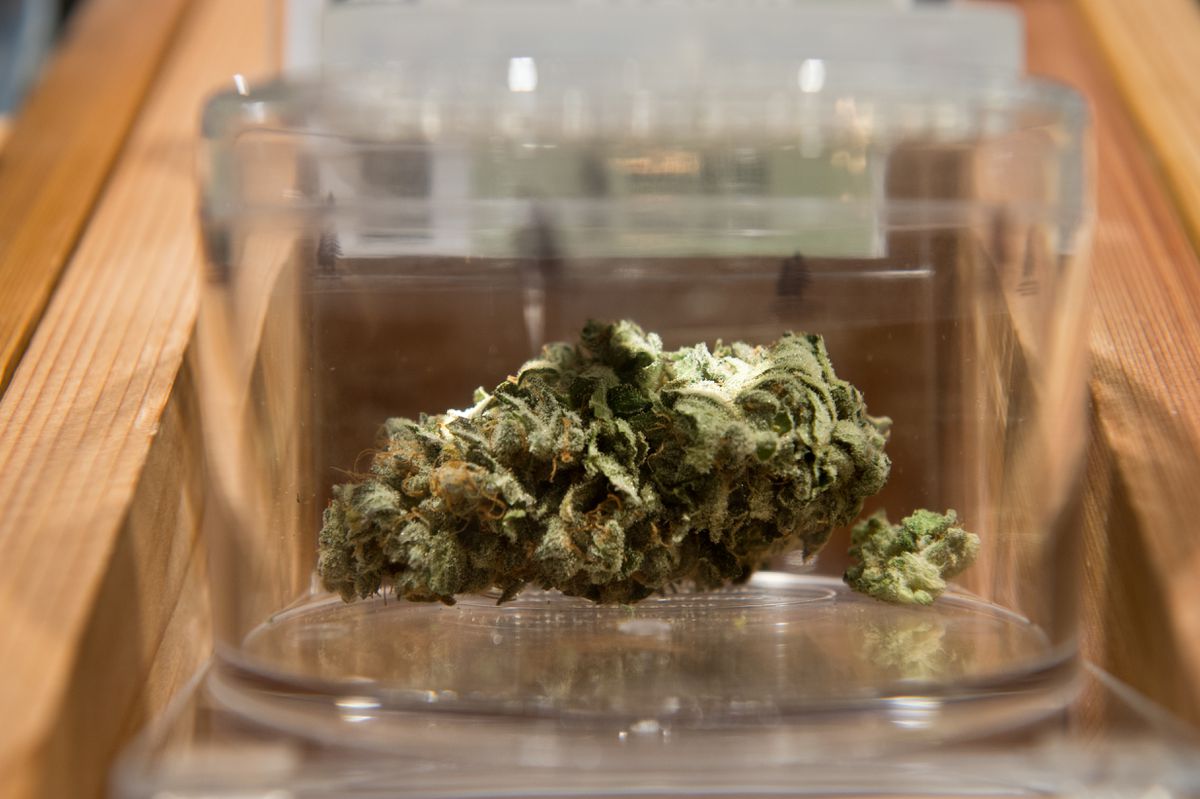 Alaska collected a record amount of marijuana tax revenue in May, an official said Tuesday.

A total of $1,180,349 in excise taxes were paid by 96 marijuana growers in May, according to data from Kelly Mazzei, excise tax supervisor with the state's tax division.

It's the third month in a row where the state cannabis tax has brought in more than $1 million. In April, 90 weed growers paid just over $1 million to the state.

Marijuana growers pay the state tax of $50 per ounce of marijuana bud and $15 for trim, which are the stems and leaves of the plant. In May, 21 tax-paying growers were in Fairbanks; 17 were in Anchorage; 11 were in Wasilla; and the rest were scattered mainly throughout Southcentral, Southeast and Interior Alaska.

In May, 1,188 pounds of marijuana bud and 958 pounds of trim were sold wholesale.

Since cannabis sales began in October 2016, the state has collected $11.6 million in excise taxes. Nearly $9 million of that was paid in cash, processed by a single cash-counting machine in Anchorage.

In other marijuana news last month, a cannabis competition was fined after regulators found that its Anchorage event was illegally selling weed and promoted public consumption.

Meanwhile, an Anchorage proposal to raise a local sales tax from 5 to 7 percent failed at the Assembly. During the debate, Assembly members expressed reservations about raising taxes on a fledgling industry that appeared to be covering its administrative costs.

And on the national front, Alaska's U.S. senators co-sponsored a bill that would give states greater control over marijuana legalization.