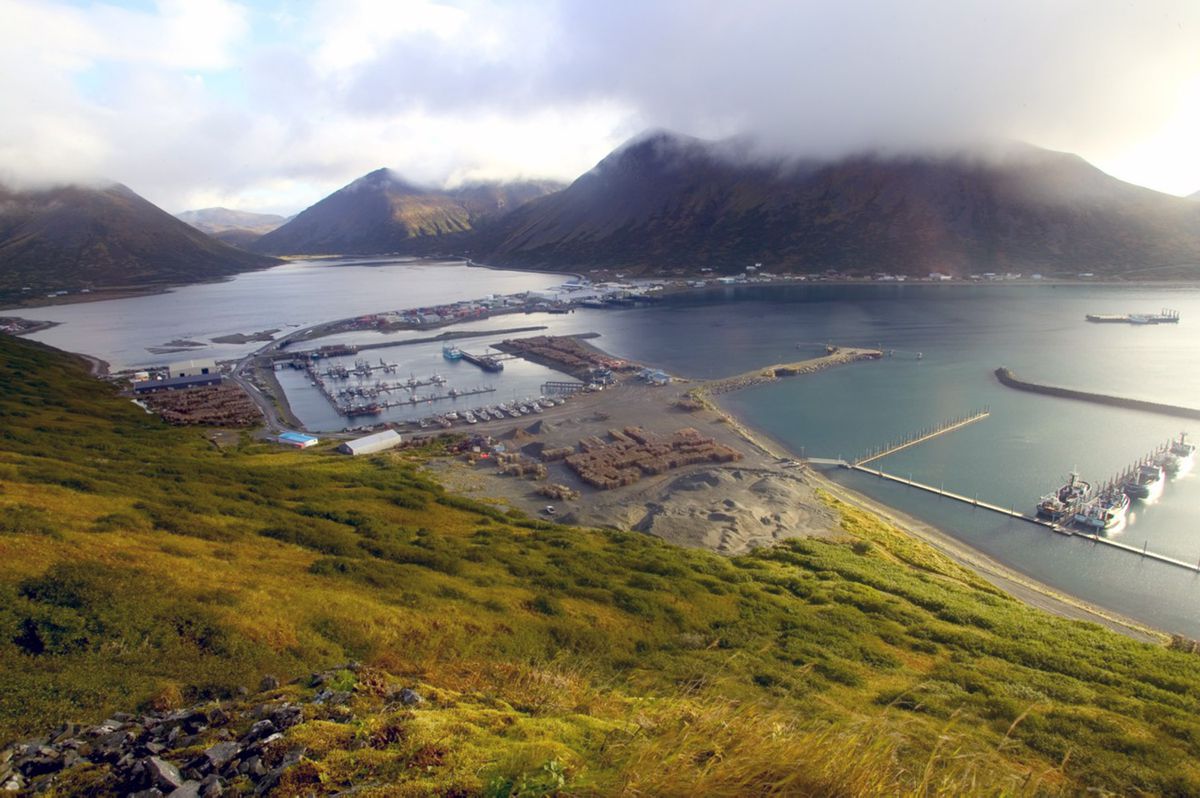 WASHINGTON — For decades, Alaskans living on the Alaska Peninsula have been intermittently traveling to Washington, D.C., to talk to the federal government about a small, local road project.

This year, they are cautiously optimistic that the road might happen, under the guiding force of the new Trump administration.

Residents of King Cove want to build an 11-mile road through the Izembek National Wildlife Refuge to the huge, World War II-era airport in Cold Bay. They say they've exhausted other options: Lives are at risk — rough weather that prevents flying out of King Cove means costly and time-sensitive air extractions are required for sick and hurt residents. And they say that the people of King Cove, especially Natives, should have the right to cross the land.

Most recently, the Obama administration said no to a road through the refuge. Then-Interior Secretary Sally Jewell cited concerns about the environmentally sensitive area and the birds that migrate to the refuge, situated in the remote patch of earth where the North Pacific Ocean meets the Bering Sea.

"Given the significant interest of the King Cove community, the department is reviewing the issues there and determining its best ability to address them," said Heather Swift, spokeswoman for the Interior Department. She noted Zinke's "priority" interest in "state and local input."

So now the Izembek road advocates are trying several avenues for a do-over: pushing legislation through the all-Republican Congress and getting Zinke to make the change himself.

Zinke's knowledge of the King Cove issue has a clear source: Sen. Lisa Murkowski. The Alaska Republican chairs the committee that handled Zinke's Senate confirmation, and she leads the appropriations subcommittee that handles the Interior Department's budget. In Washington and elsewhere, Murkowski has for years been bringing up King Cove's road hopes to anyone who will listen.

Murkowski "raised the community's lack of reliable access to emergency medical transportation at her first meeting with (Zinke), when he was a nominee. She raised it at his confirmation hearing. More recently, she and (Alaska) Sen. (Dan) Sullivan raised the issue at a meeting at the White House with President Trump and Secretary Zinke," said Murkowski spokeswoman Karina Petersen.

King Cove is home to just fewer than 1,000 people, and flights to Anchorage for major medical treatment are common. But the nearby terrain and winds often make plane travel dangerous.

The same does not hold true for the airport in Cold Bay, 18 miles away. There, a 10,000-foot, jet-capable runway built by the military during World War II remains one of the largest in the state.

King Cove residents say they need a reliable way to get to that airport. They say the answer is not a longer runway in King Cove, or a large ferry and new docks, or a helicopter or a hovercraft. All those have been tried and have failed, and what remains is to build a simple gravel road.

The most recent Interior Department opinion urges no change — King Cove residents should wait out the storm to leave for Cold Bay, or try the ferry that is intermittently available.

The department considers adding a public-access road through the wildlife refuge to be a bad precedent and a danger to waterfowl. Many Native villages have rough terrain and no roads, opponents argue.

On April 5, Myron Naneng, former head of the Assoation of Village Council Presidents, testified before Congress in opposition to the Izembek road, in a hearing organized by Rep. Don Young, R-Alaska.

"After all of the years and many sacrifices made to conserve waterfowl species and habitat, the people of the Y-K Delta do not want and cannot afford the inevitable resulting degradation to sensitive waterfowl habitat," he told House members. Naneng cited a 2013 environmental review by the U.S. Fish and Wildlife Service that cautioned a road could have "major effects" on brant and emperor geese and tundra swans.

Naneng said he was worried about the precedent created by transferring federal lands for a road and making changes to wilderness lands.

Supporters, like King Cove resident Della Tremble, argue that the concerns are overwrought, given the existing hunting activity in Izembek. The refuge already has 50 miles of roads and nine hunting lodges. Nearly 2,500 visitors come each year for non-subsistence bird hunting on the refuge. Many of the roads have remained since World War II, constructed by soldiers stationed at the Fort Randall Army Airfield in Cold Bay.

To get to Cold Bay when flight conditions are poor, residents can take a ferry, if it's around and in-season. The trip covers 27 nautical miles, about half of it in open seas, according to a federal report. But here's the sticking point: To reach the dock in Cold Bay, passengers have to climb a 20-foot ladder, which isn't easy — and is sometimes impossible — for someone in the middle of a medical emergency.

King Cove residents say the road might see 10 to 15 cars a day — far more than just emergency medical evacuations. But they say use of the road for regular transport wouldn't bring anywhere near the 2,500 visitors that come to the refuge each year, or the employees who drive on the 50 miles of roads already cutting through the refuge.

Still, others have worried in environmental reviews that the road could end up acting as a starting point for all-terrain vehicles that can be especially damaging to the environment.

The fight over the King Cove road started in the 1980s, when residents came to realize that new federal legislation creating the refuge left them without the option of building a road to Cold Bay.

After pushback from the White House under President Bill Clinton, Congress moved to a new solution. During the George W. Bush administration, Alaska's congressional delegation, led by Sen. Ted Stevens, scored a $37.5 million federal appropriation for the Aleutians East Borough to improve transportation between King Cove and Cold Bay and improve medical care in King Cove. That helped the borough purchase a $9 million, 93-foot hovercraft meant to provide a marine connection between King Cove and the Cold Bay airport.

They used the hovercraft from 2007 to 2010, but officials eventually said the millions of dollars required for upkeep was just too much for the small community. Also, limitations to operation of the hovercraft — waves above 6 feet or winds above 30 mph — kept it inoperable about a third of the time.

In 2009, Murkowski secured a law that would allow (but not require) the Interior Department to approve a road, giving the federal government 61,000 acres of state and Native lands in exchange for the 206 acres needed for the road corridor.

On Dec. 23, 2013, after doing an environmental review of the proposal, then-Secretary Jewell rejected the offer. Her decision said the road "would lead to significant degradation of irreplaceable ecological resources that would not be offset by the protection of other land to be received under an exchange" and that there were "reasonable and viable transportation alternatives" available.

Since then, King Cove road advocates, like City Administrator Gary Hennigh, have been keeping track of the expensive emergency medevacs out of King Cove. Murkowski touts every update to the number. Since December 2013, there have been 58 medevacs, 17 done by the U.S. Coast Guard.

Trumble said that since the 1990s, at least eight people have died in King Cove who he believes would have survived if they'd made it to Anchorage in time. One woman died on the dock in Cold Bay "after a long, tortuous boat ride," she said.

But he and Trumble have already been to the U.S. Capitol twice this year: to support the rollout of federal legislation to allow the road to be built at the end of January, and a recent eight-day trip to testify about their plight before the House and Senate.

Murkowski is hopeful she'll be able to bring Secretary Zinke to Alaska soon, and her spokeswoman said planning for a trip is underway.

Road advocates were unclear about whether a new Interior Department look at the plan would require a new, time-consuming review and environmental impact statement.

In the meantime, members of Alaska's congressional delegation have introduced bills in the House and Senate to once again authorize a land exchange between the federal government and the state. The new bills would hand over 43,093 acres of state lands in exchange for the 206 acres of federal lands needed to construct the road — 131 acres of which is considered federally protected "wilderness."