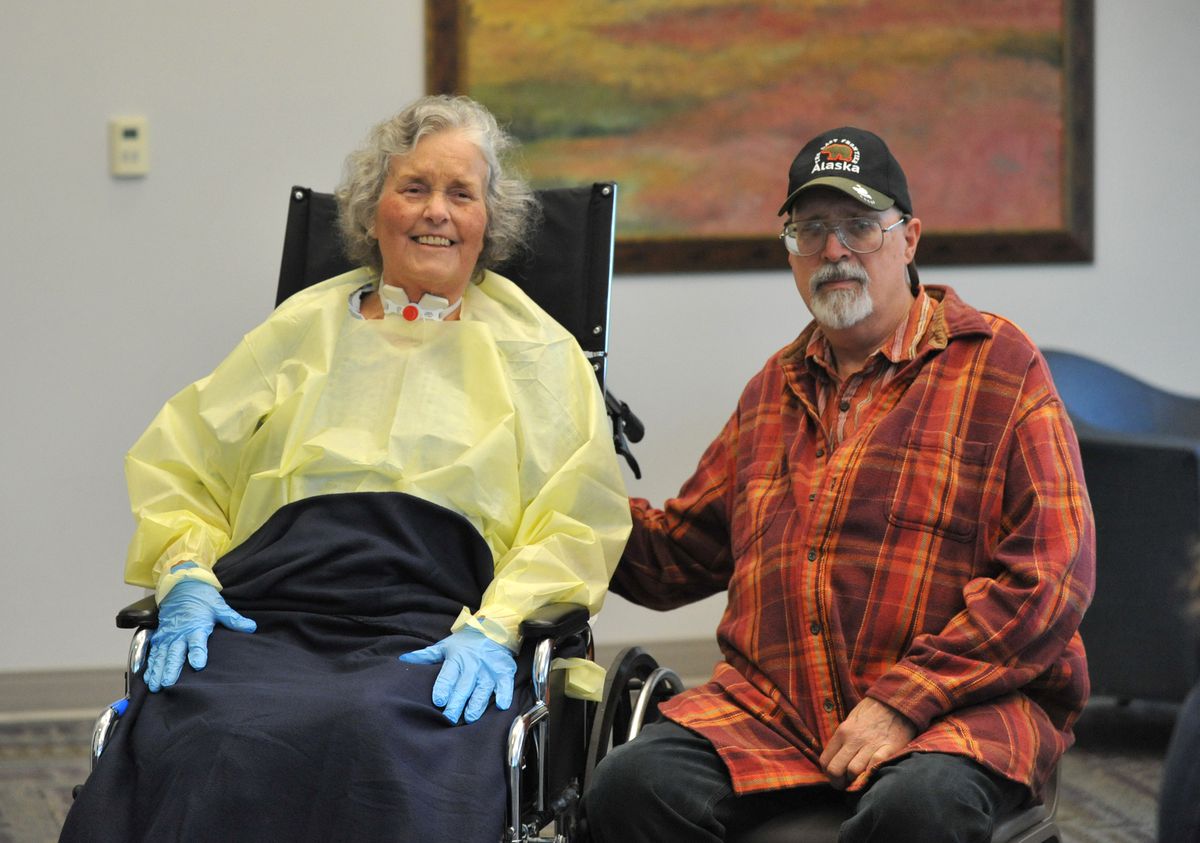 Nancy Greathouse, the terminally ill Maryland woman stuck in Alaska after she got sick on a cruise, will be going home as early as Wednesday morning, thanks to hundreds of people who donated more than $59,000 for a medevac flight in the two days since her story was published by Alaska Dispatch News, her family said.

"We just want to say thank you," said Daniel Kelley of Millersville, Maryland, Greathouse's son. "I think it's amazing these people would take this on to help Mom."

Greathouse, 71, had been on an Alaska cruise in May when she had a medical crisis in Juneau that landed her on a ventilator at an Anchorage hospital. Diagnosed with terminal cancer, she feared that she would die in Alaska, far from home, because she and her husband could not afford an expensive medevac flight home to Maryland that was not covered by insurance.

A member of an Anchorage church that has been helping the Greathouses told Alaska Dispatch News about her situation and the couple agreed to an interview. When a story about her was published online on Sunday, an online fundraiser to pay for the medevac had raised less than $4,000. As of Tuesday evening, it had generated $59,270 from 904 people.

The couple said they have been shocked by the outpouring of support.

"It happened so quickly; it was a huge surprise," said Greathouse's daughter-in-law, Fresia Kelley.

Most of the people who donated had never met Nancy Greathouse, she said.

"At this point, they aren't strangers anymore, they are like neighbors."

The medevac flight is scheduled to happen as early as 7:30 a.m. Wednesday, she said, but could be delayed by a day or two depending on Greathouse's condition to fly.

Fresia Kelley said that the GoFundMe money will pay for the bulk of the medical charter. Such flights can cost between $40,000 and $70,000 or more. The Providence Alaska Foundation has agreed to pick up any costs beyond what was raised in the online fundraiser, she said.

Greathouse will be transferred to a care facility in Maryland.

Daniel and Fresia Kelley say they will forever be thankful to the people who stepped in to help the woman they call "Mom Nancy."

The first people who will reunite with her will be the Kelleys' children, ages 2 and 4, Fresia Kelley said.

"I think they will be giving her the first hug."