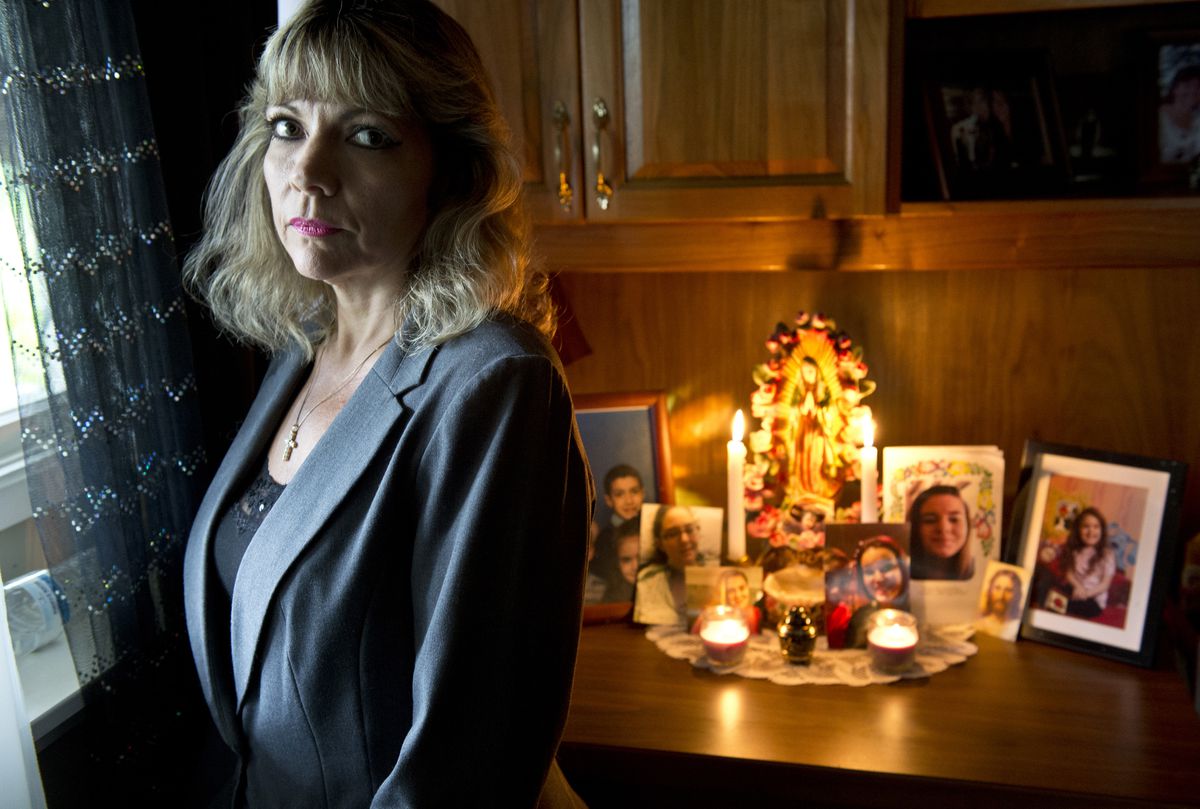 Sheila Lopez keeps small memorial to her daughter in her Eagle River home. Brittany-Mae Haag died in April when she was struck by a bullet during her boyfriend’s failed suicide attempt. (Marc Lester / Alaska Dispatch News)

Sheila Lopez keeps small memorial to her daughter in her Eagle River home. Brittany-Mae Haag died in April when she was struck by a bullet during her boyfriend’s failed suicide attempt. (Marc Lester / Alaska Dispatch News)

One thousand people in Alaska died by gunshots between 2009 and 2015, according to new data released Wednesday by the state.

Some 750 were suicides. Homicides accounted for 152.

Of the remainder, 36 were determined to be accidental shootings.

In 32 cases, police used a firearm to kill a suspect, a category called "legal interventions" by researchers. The cause of the remaining 30 deaths couldn't be determined.

The epidemiology bulletin released by the Division of Public Health offers a rare window into what's known about firearm deaths and injuries, which kill Alaskans at a higher rate than in any other state.

Firearm deaths and injuries are a long-standing public health problem in Alaska.

Since at least 1999, Alaska has recorded a firearm mortality rate higher than the national average, said Deborah Hull-Jilly, manager of the Section of Epidemiology's Injury Surveillance Program.

In 2015, Alaska ranked highest in the country for its gun death rate, according to the Centers for Disease Control and Prevention, followed by Louisiana, Alabama and Mississippi.

Part of the reason may be that there are just more guns in Alaska, Hull-Jilly said.

"We use firearms as tools. We have people in rural areas where it's part of their survival equipment," she said.

Knowing more about how firearms hurt and kill people here can help us better prevent injuries, she said.

"And as with any tool, it's important to know how to use it safely."

Among the major findings:

* The rate of people hospitalized for gunshot injuries increased every year from 2011 to 2015. In that time, the rate of hospitalizations from an assault with a gun nearly tripled.

So why are more people going to hospitals with gunshot wounds?

"It is very interesting," said Hull-Jilly. "I'm not sure what the underlying cause is — if we have more people buying firearms, or it may be we're getting better at reporting and more people are seeking hospital care (for gunshot injuries)," she said.

* Over half of the people who died by suicide or homicide had been using alcohol or drugs shortly before, or when, they were killed.

* Some 68 percent of suicides involved a handgun, rather than a rifle or other long gun.

From a data standpoint, the incident that killed Brittany-Mae Haag fell into many grim categories: With one bullet, it was a suicide attempt that caused an accidental death.

Haag, 22, was killed on April 19 when her boyfriend shot himself in the head in a suicide attempt. Because it happened this year, it was not included in the data analyzed in the epidemiology bulletin.

Police say the bullet traveled through the skull of Victor Sibson, 21, and then struck Haag. Prosecutors say Haag was trying to stop her boyfriend from shooting himself.

Sibson survived and is charged with second-degree murder.

Haag was raised in Anchorage, said her mother, Sheila Lopez, a longtime worker at the Anchorage airport who now lives in Eagle River.

After attending West High School, Haag had been working at a dog day care and boarding facility, hoping to go to school for veterinary care. Animals were her thing. She was a gentle soul, her mother said.

"There was not a bad bone in that girl's body," said Lopez.

She was not surprised to learn that her daughter had been trying to stop her boyfriend from shooting himself.

Haag and Sibson had been high school sweethearts. He seemed devoted. When Haag was hospitalized and nearly died of a diabetic coma, he was there every day, Lopez said.

But there were some worrying signs about his stability, she said.

If she had known he had a gun in their apartment, Lopez said, "I would have done everything I could to try and get him away from her."

"A lot of people carry guns," he said. "It's just like if you got a credit card, you're going to spend with it. If you've got a gun, you're probably going to use it."

Suicides are even more common. Anchorage police respond to death investigations that turn out to be suicides as often as every couple of days, McKinnon said. Many involve guns.