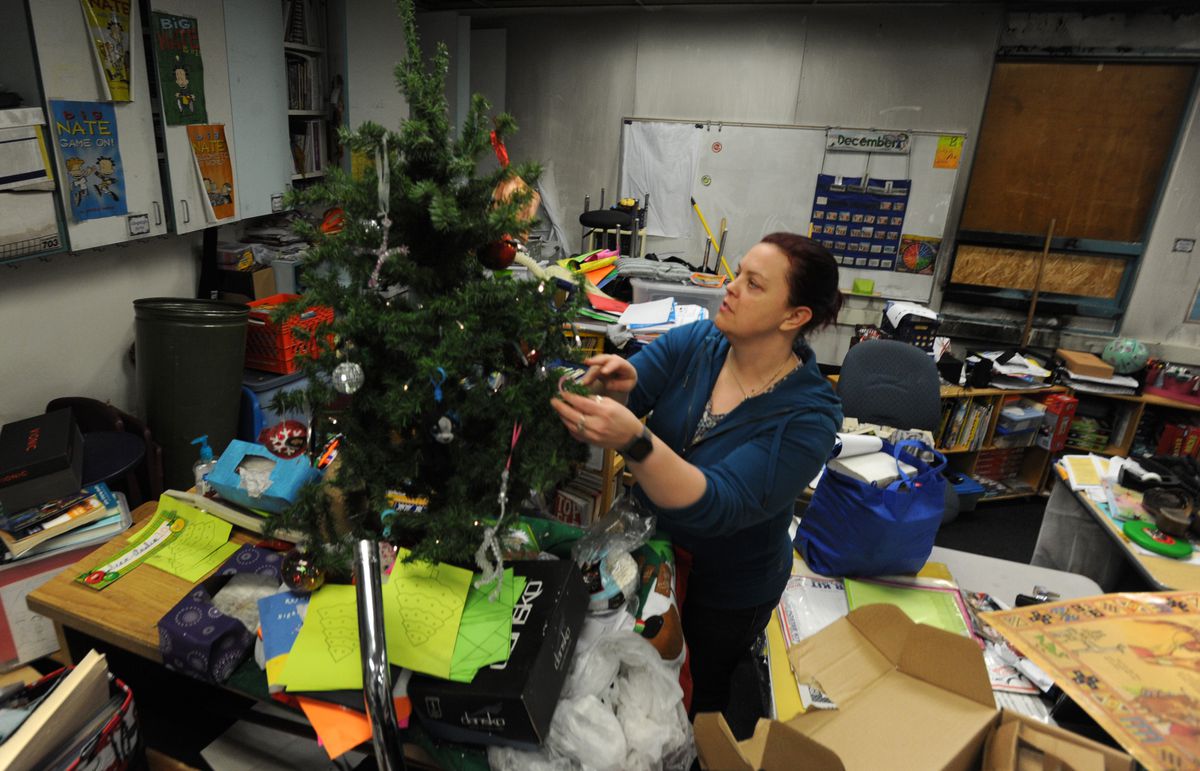 A "suspicious" fire early Sunday morning caused more than $100,000 in damage at College Gate Elementary School, according to the Anchorage Fire Department.

A witness called to report the fire in the East Anchorage school at about 12:30 a.m, AFD said in a release. When firefighters arrived, they found heavy smoke coming from a classroom at the corner of the building. The fire triggered a sprinkler system in the classroom. Thirteen fire vehicles responded and brought it under control by 12:52 a.m., AFD said.

Several classrooms were damaged by water, flames and smoke, according to school officials. The classroom where the fire began belonged to Heather Helgeson, who has 28 fourth-grade students returning to school in a week. She went to see her room on Sunday morning and made a video.

Her classroom window had been broken. "A flare got put in my room and it caught fire," she said.

The walls were streaked black and the carpet melted, she said. Books and artwork were soaked. So was her keepsake binder of evaluations students have written over the years. The most upsetting thing, though, was that the fire and sprinklers had damaged all the electronics, including computers and a class set of Kindle readers they had just set up before the break.

"What am I going to tell my kids? They were so excited to be reading or listening to stories," she said. "My kids are going to be devastated."

Four other classrooms and a common area were damaged. Staff will work as long as it takes to get the school ready for the children to attend after the break, said Catherine Esary, an Anchorage School District spokeswoman.

"The District will continue the clean up until school resumes," Esary said.

Insurance will likely cover the cost of replacing the damaged electronics, she said.

A neighbor witnessed the vandalism and it was caught on camera, said Rob Holland, the District's director of operations.

"At least one person is visible on the video. We can't determine who that is. The police may or may not be able to," he said.

A cleaning crew, four of them custodians, were summoned from their beds early Sunday and showed up within an hour of the fire, he said. Everyone is focused on minimizing the disruption for the children.

"The staff that deployed at 1 and 2 in the morning were heroic people," he said. "We aren't going to be held down by acts of violence. We're going to turn this around and make it seamless."