Anchorage wasn’t at risk of a tsunami. Why did its residents get alerts? 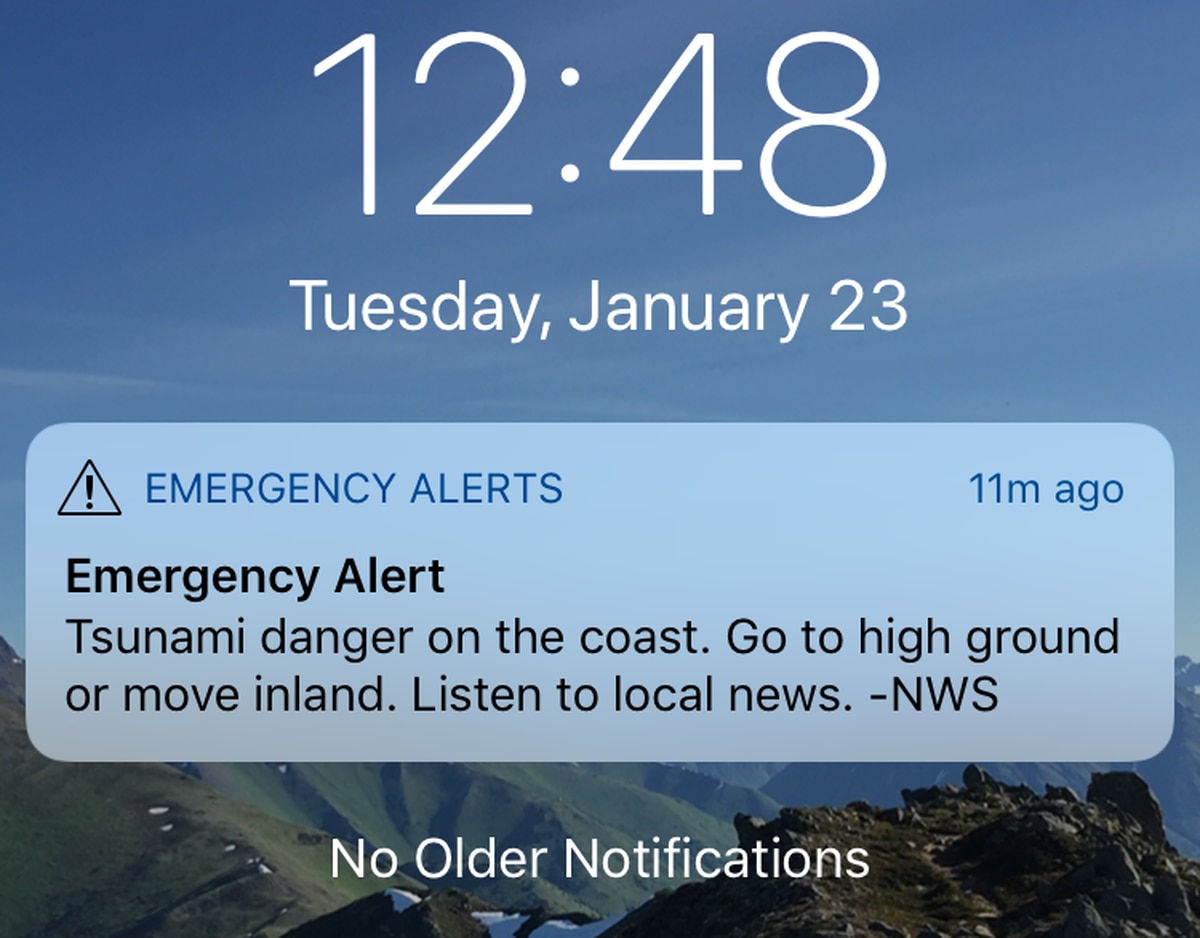 At 12:36 a.m. Tuesday, five minutes after a major earthquake in the Gulf of Alaska jolted hundreds of people out of their dreams, phones on bedside tables across Anchorage vibrated and a message appeared on their glowing screens: "Tsunami danger on the coast. Go to high ground or move inland. Listen to local news."

Right away, calls started coming into the Anchorage Police Department's 911 call center. While the message made sense in coastal communities that have prepared for the possibility of tsunamis, Anchorage has a historically low risk of them. Callers wanted to know: Was it a mistake? Or should people really head inland?

At 1:03 a.m., APD answered with another alert: "There is no TSUNAMI Warning for the Anchorage area and Vicinity. We are *outside* the danger zone."

What happened with the alert wasn't an error, emergency planners say. Instead, like so many things built to work Outside, the government's Wireless Emergency Alert system, a relatively new way of delivering warnings via many wireless carriers, wasn't made to serve a large, sparsely populated place like Alaska.

So, when a big earthquake triggers a cellphone tsunami warning, that warning can get delivered to people who are in direct danger and people who aren't. That's true of many of the state's warning systems. They tend to cast wide nets.

"In particular with things like tsunami warnings, we would rather alert people than miss a warning," said Louise Fode, warning coordination meteorologist with NWS. "The intent is not to scare people or make people evacuate unnecessarily, but we definitely want to err on the side of saving lives."

The cellphone alerts are triggered by the National Weather Service, which delivers statements crafted by the Tsunami Warning Center in Palmer. The warnings are part of a wide variety of ways the government alerts people about emergencies.

The issue late Monday night had to do with the intersection of weather service forecast areas and census areas, she said. When a forecast area edges across the boundary of a census area, the entire area gets a warning. Those warnings come not just on cellphones but also, in Anchorage, through a text communication system called Nixle that goes out to roughly 38,000 people.

"In this case, when we issued a warning for Seward, Whittier and Portage, it does touch the Anchorage census area — it does trigger an Anchorage Nixle, even though we would prefer it not to," she said.

There are secondary benefits of warning wide swaths of people, Fode said, because people also warn one another. Someone in Anchorage might, for example, warn someone they know who is closer to the danger, like in Seward and Homer.

There are also some risks. Emergency managers often worry about desensitizing people with too many warnings or warnings that don't pan out, said Andrew Preis, program manager at the Anchorage Office of Emergency Management.

"We try to analyze these things," he said. "And make sure we are not putting too many messages out there to where people are getting tired."

Along with the cellphone alerts, warnings are broadcast via radio and television by both the National Weather Service and the state. Places in tsunami danger zones have sirens. The state makes direct calls to communities and sends emails, said Jeremy Zidek, a spokesman for the state Division of Homeland Security and Emergency Management.

"It's our desire to send that information out to all the people who may be vulnerable to a hazard," he said.

The agency will begin looking at the warning response to Tuesday morning's earthquake this week in an effort to make improvements, he said.