Alaska’s only psychiatric emergency room is overflowing. It’s a sign of a system breaking down. 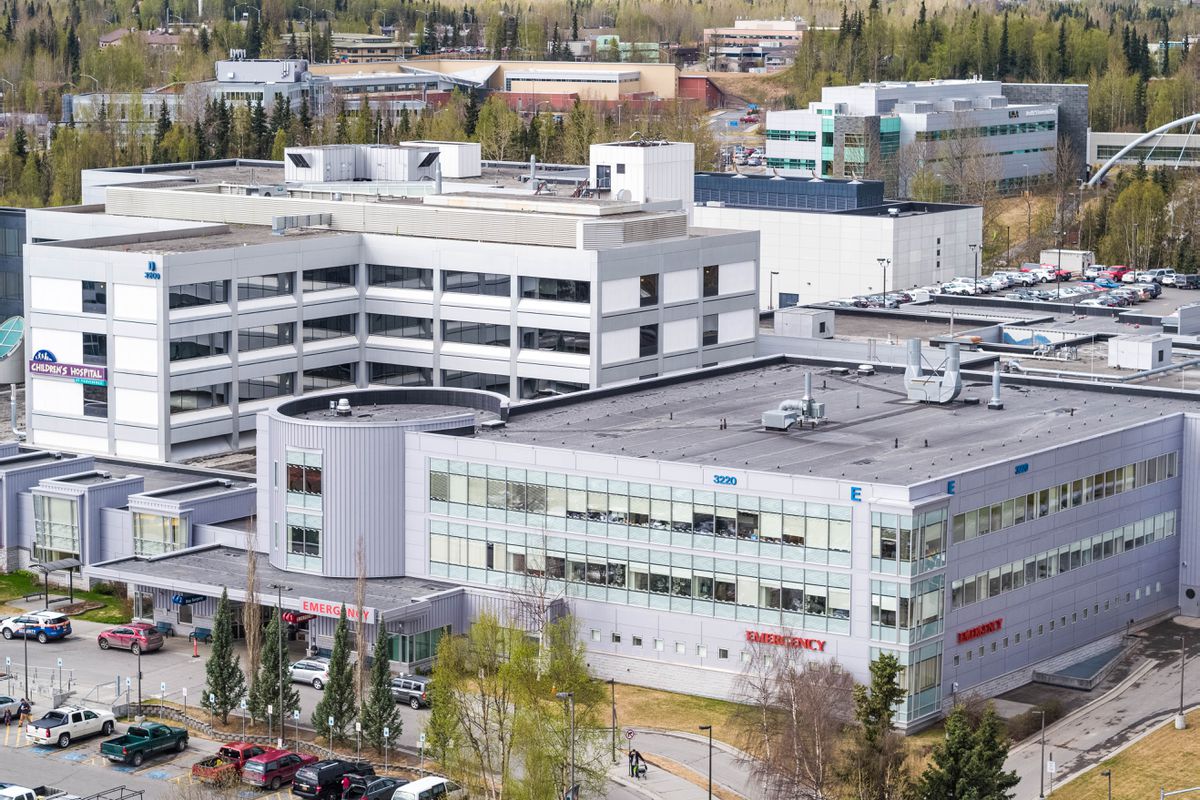 Anchorage's emergency rooms are overflowing with psychiatric patients, a creeping problem that intensified this past year as a result of staff shortages at the state-run psychiatric hospital and a resurgence of meth use in the region, officials say.

General emergency rooms aren't built for psychiatric patients, who often stay for days on end and need special care, including around-the-clock monitoring. Officials and advocates say it creates a high-risk environment for caregivers and poor standard of care for patients.

"We're really experiencing what I would call a crisis in our emergency departments, because of the number of psychiatric patients we've had to board," said Becky Hultberg, the president and chief executive of the Alaska State Hospital & Nursing Home Association.

Ideally, doctors and officials say, an emergency room is only a brief stopping point for a psychiatric patient on the way to longer-term care, voluntary or court-ordered. There's a diverse mix of people coming to the emergency room for a psychiatric condition, which include those in an acute crisis or who are suicidal, to those experiencing psychotic effects from drugs, to the chronically mentally ill having a flare-up of a condition such as schizophrenia or bipolar disorder.

But now, psychiatric patients are spending days in the emergency room because there's nowhere else to go.

Officials tie much of the immediate crisis to understaffing and bed shortages at the Alaska Psychiatric Institute, the only state-run psychiatric hospital. At the same time, there are more psychiatric patients coming to the emergency rooms in general. Meth, a drug linked to paranoid, violent behavior, is having a resurgence in Southcentral Alaska as opioid use also rises. Those patients end up in psychiatric ERs as well.

[The silent fallout of the opioid epidemic? Meth.]

In the coming years, the state plans to launch a major reforms in mental health in Southcentral Alaska, aimed at early intervention and getting people better access to treatment and housing, said Karen Forrest, a deputy state health commissioner.

"The stress we're seeing and talking about is a symptom of what's going on at the community provider level," said Steve Williams, the chief operating officer of the Alaska Mental Health Trust Authority.

For the hospital emergency rooms, some short-term relief is on the horizon. The administration of Gov. Bill Walker has asked the state Legislature for $3.1 million to pay for 20 new nursing positions at API. The money will also cover higher nurse salaries and recruitment bonuses.

A day in the psychiatric emergency room

When Pettit reported to work one day last week, 21 psychiatric patients were waiting and being treated. But there are only seven beds in the psychiatric emergency room. The beds are bare-bones, just a gurney and a bedside table.

The rest of the patients were being treated in the hospital's general emergency room. It's a far more chaotic environment. The hospital beds are surrounded by wires and tubes and medical tools to treat gunshot wounds and broken legs.

To a casual observer, the staff working with the psychiatric patients look like business as usual, Pettit said. But she said it's very uncomfortable.

"It's sort of a duck — calm on the surface, paddling like mad underneath," Pettit said. "We know we've got to see 21 patients instead of the usual eight, and we need to see them as quickly as possible."

In the past, psychiatric patients who would otherwise be moved to Alaska Psychiatric Institute or a hospital bed for treatment are now spending as long as a week in emergency departments.

The patients take intense focus. Someone sits with them at all hours.

The hospital added an extra security guard to its emergency room earlier this year because of the higher number of  psychiatric patients, Taylor said.

The shortage of psychiatric beds in Anchorage goes back decades. But a more acute crisis began in 2015, when the state closed beds at API because of a psychiatrist shortage. Then, last fall, the hospital underwent a series of renovations to meet regulatory standards, which shrank the pool of beds even further.

Even as the renovations have been completed, the state hasn't been able to open up space because there aren't enough nurses, said Burns, the director of the state's division of behavioral health. Only about three-quarters of API's 80 beds are in use right now.

In the past year, more than 700 patients stayed in the Providence emergency rooms for longer than 20 hours, according to Pettit. That's compared to 450 patients the year before, Pettit said.

It's somewhat unusual for a hospital to have a specialized psychiatric emergency room at all. There are no others in Alaska. Anchorage's is one of three in the Providence network, which includes dozens of hospitals around the Lower 48. In general, doctors and nurses in main emergency rooms aren't trained to handle these kinds of patients, Pettit said.

Many psychiatric patients in the emergency rooms are waiting for a spot in API or another hospital. But at Providence, psychiatric emergency room staff members are increasingly seeing patients who are coming down from a methamphetamine high, Pettit said.

Opioid abuse has gotten a lot of attention by the state in recent years. Walker issued a disaster declaration on opioid abuse in early 2017. But Pettit said opioids aren't a direct problem for the psychiatric emergency room when it comes to behavior.

Methamphetamine users are usually escorted into the emergency room by police. They're violent and paranoid, Pettit said. The psychosis lasts for days, tying up emergency room beds.

Burns, the director of the state division of behavioral health, said methamphetamine is often used at the same time as heroin or other opioids. He said there's anecdotal evidence that as the state has begun to clamp down on opioid abuse, people are moving to meth.

Those discussions tie into the broader efforts to examine the effectiveness of the state's mental health system.

For public service agencies like jails or emergency homeless shelters, untreated psychiatric patients are very expensive. The Department of Corrections is the largest provider of mental health services in the state. Data from the latest Anchorage homeless count show that about 12 percent of the homeless population reported a serious mental illness.

Emergency rooms see a large portion of the city's mentally ill population, including the chronically homeless, Pettit said. In Anchorage, a team made up of social workers and a paramedic firefighter has been stationed in the area around the city's largest homeless shelter, Brother Francis Shelter.

Both Pettit and Taylor said the community should look at day programs or partial hospitalizations for people with mental illness who have been discharged from the emergency room. Because the bed supply is short, patients are often discharged earlier so the hospital can get to the next person, Taylor said.

"If you go from an intensive psychiatric hospitalization and then you're discharged, and your next visit is two weeks out … what does that transition plan look like?" Taylor said.

Wandal Winn, a longtime Alaska psychiatrist who has served as a consultant to a range of nonprofits, medical providers and state agencies, said the system currently overemphasizes treatment and medication. Better access to mental health services, like crisis intervention and case management, would greatly reduce the number of psychiatric patients hitting the emergency room, Winn said.

Meanwhile, the Alaska Mental Health Trust Authority is helping pay for a study to decide whether the current API building can be expanded, and how much that would cost, said Williams, the chief operating officer at the trust. But Williams said his agency also hopes to study ways to better help psychiatric patients who are involved in the criminal justice system.

"It's important for all of us to remember, these are all really members of our community," Williams said. "And we need to start looking at these issues as our problem, not the emergency room's problem or API's problem or the community behavioral health system's problem."

Pettit said she and her staff love their jobs helping people in crisis.

But the emergency room job should involve a short time with a patient — not a week of treatment, because there aren't better options, she said.