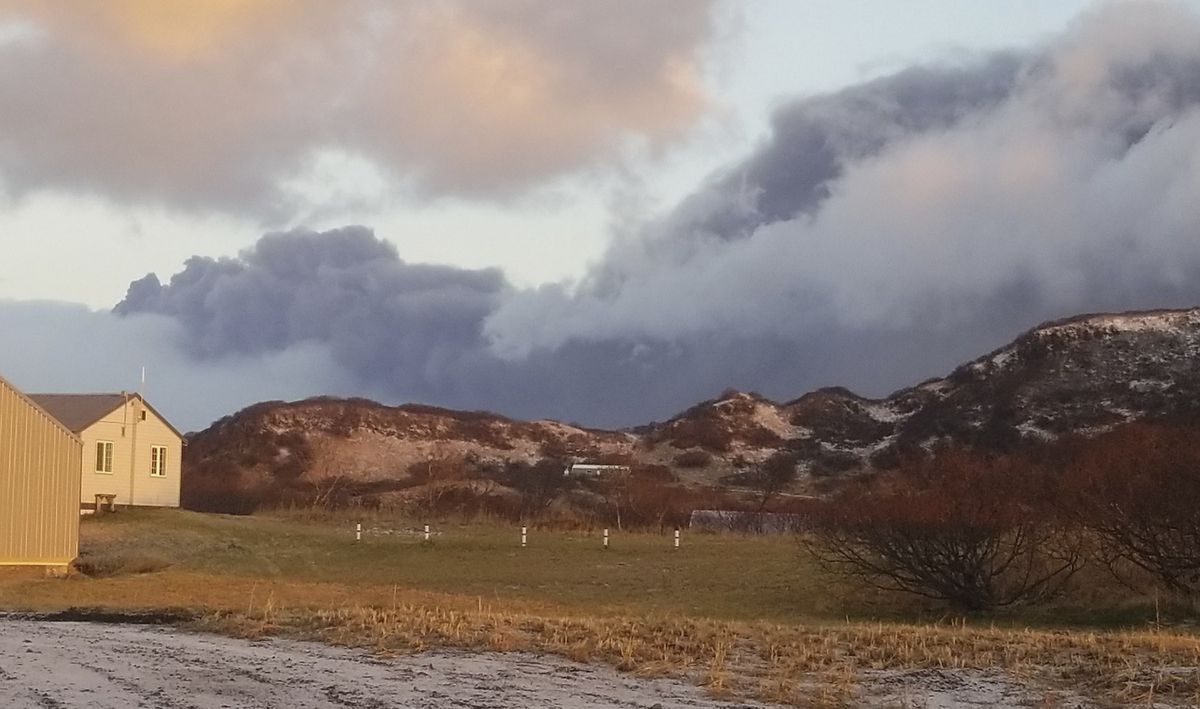 Residents of a tiny Alaska Native community woke up to a little pre-Thanksgiving excitement Wednesday, with a neighboring volcano spewing a billowing dark cloud high into the air.

The sooty emissions from Mount Veniaminof were visible from the Aleut village of Perryville nearly 25 miles to the south, locals said. But the wind was pushing the plume away from the community of 101 people.

"It's a big, black, ugly cloud," lifelong resident Victoria Tague said of the ash, which later slipped behind a cloud cover.

Jennifer Kalmakoff said the village council notified Perryville residents that the volcano “blew” at 2 a.m. Wednesday. She reported ashfall seen for miles, drifting to the southeast toward Chignik.

Residents heard “very loud, disturbing” rumbling over the past few days from the volcano that began a low-level eruption in September, Kalmakoff wrote in an email Wednesday. They were taking precautions like filling water bottles and using face masks.

“Today was the worst we have seen it,” she wrote.

Alaska Volcano Observatory scientists said that overnight emissions from Veniaminof generated an ash plume up to 15,000 feet. The cloud drifted more than 150 miles to the southeast.

Veniaminof is 480 miles southwest of Anchorage on the Alaska Peninsula. It became active again in early September.

About a month ago, Perryville was dusted by drifting ash. When people saw Wednesday's distant ash cloud from the volcano, they were "a little alarmed," said Gerald Kosbruk, president of community's the tribal government.

"This is the most ash I've seen come out of it," he said.

Kosbruk and others got on the VHF radio and recommended locals get face masks ready and stock up on water in case the wind shifts direction.

Veniaminof didn't keep people from holiday preparations, however. Around noon, people began heading toward the village school, where a community Thanksgiving potluck was being held, Kosbruk said.

Perryville residents are used to living near a volcano. The village itself was founded in 1912 as a refuge for Alutiiq people displaced by the eruption of another volcano.