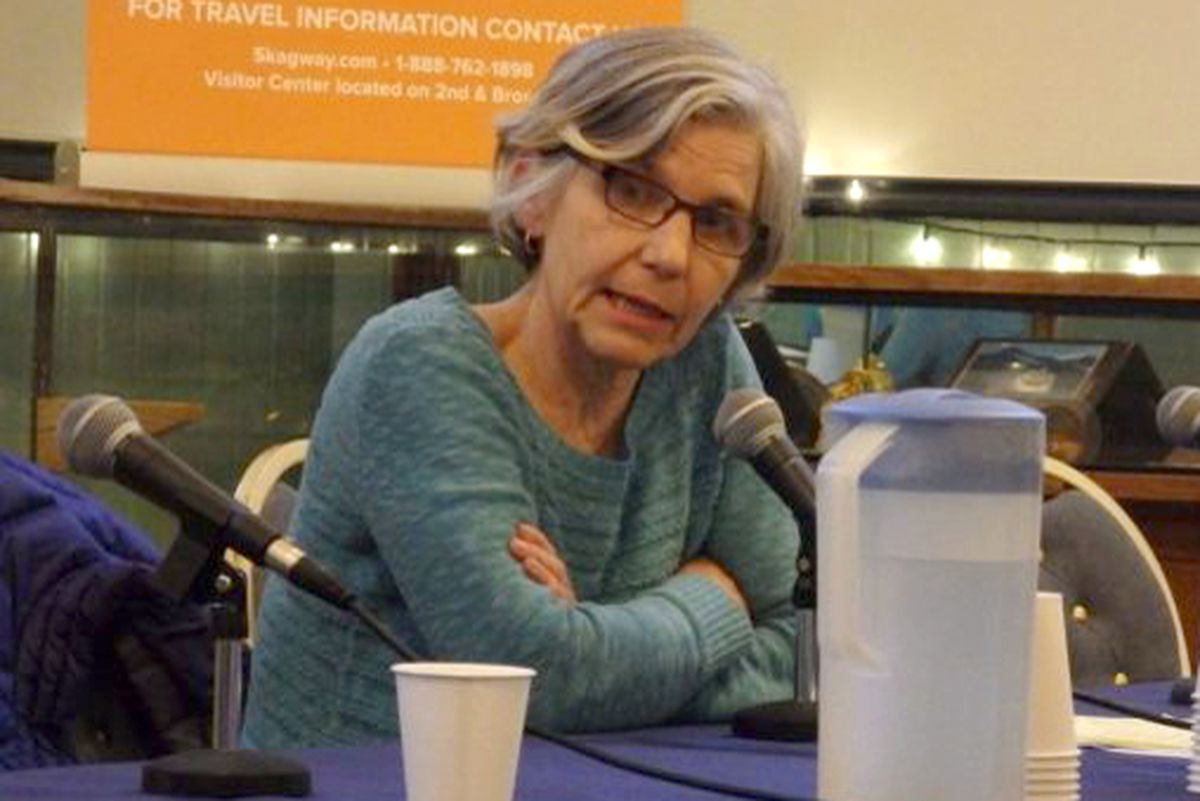 WASHINGTON - The driver of a tour bus that fatally struck Skagway Mayor Monica Carlson and her mother last week in downtown Washington was using a handheld cellphone at the time, according to court documents filed Thursday.

Police called the distraction — caught on surveillance video from inside the bus — “a gross deviation” from reasonable driving that “created an extreme risk of death or serious bodily injury.”

The driver of the bus was identified as Gerard Derrick James, 45, of Baltimore. He was arrested Thursday and charged with two counts of involuntary manslaughter.

[Family mourns death of Skagway mayor, her mother after they were struck and killed by bus]

The Dec. 19 collision killed Monica Adams Carlson, 61, and her mother, Cora Louise Adams, 85, who were walking north on Seventh Street when they were struck as they crossed Pennsylvania Avenue, near the National Archives and Navy Memorial.

Monica Carlson’s brother-in-law, Steven Hites, learning about the driver apparently being on a cellphone, said, “God almighty, that says it all.” He said his comments from earlier Thursday after learning of James’ arrest still stand: “We feel very sorry for everybody involved. It’s a tragedy all around.”

Carlson and Adams had traveled to Washington to visit the White House and see Christmas decorations, which they did hours before they were struck. They also visited Arlington National Cemetery in Virginia to honor their son and grandson, a Marine who served in Afghanistan.

Police have said Carlson and Adams, who lived in Elbe, Washington, and ran a hamburger stand for tourists hiking Mount Rainier, were in a crosswalk with the walk signal as the bus turned. The incident occurred about 9:40 p.m. Dec. 19. The victims were declared dead one minute apart at different hospitals — Adams at 10:16 p.m., her daughter at 10:17 p.m.

Authorities said the intersection was well-lighted and the bus was in proper working order, with its headlights on. They also said James passed a drug and alcohol screening. He had a valid commercial driver's license and no history of traffic infractions. The bus had no passengers.

James told police he did not see Carlson and Adams, and stopped after he heard the impact, by then 183 feet from the intersection. Police said one of the women became caught under the bus and was dragged. The arrest affidavit filed in the District of Columbia Superior Court says an attorney for the bus company turned over surveillance video from cameras inside the bus that showed the impact from two angles.

One camera shows James talking on a handheld cellphone as he is driving, according to the affidavit. He put the phone down with his left hand as he entered the intersection, police said in the document. But the phone rang a moment later, and the affidavit says James picked it up with his left hand and switched to his right hand as he started to turn left.

Police said the impact of the crash can be heard on the surveillance video.

Representatives for the bus operator, Maryland-based Eyre Bus, Tour & Travel, did not respond to interview requests Thursday. Melanie Hinton, a spokeswoman for the American Bus Association, who last week said she was speaking on behalf of the bus company, also did not return calls. No one answered the telephone at James' house in Baltimore.

The crash had similarities to a fatal collision at the same intersection on Valentine's Day 2007. That incident prompted officials to re-time a traffic signal to give pedestrians an early start while crossing.

Martha S. Schoenborn, 59, and co-worker Sally Dean McGhee, 54, both from Alexandria, Virginia, were leaving work at the Federal Trade Commission and were heading north in the crosswalk with a walk signal when they were struck by a bus turning left onto Pennsylvania Avenue.

The Metrobus driver pleaded guilty to two counts of negligent homicide and was sentenced to six months in jail and three years of supervised release, court records show. Metro agreed to pay $2.3 million to settle a lawsuit filed by one of the victims' husbands.

The deaths of Carlson and Adams brought the number of traffic-related fatalities in the District this year to 35 - including 14 pedestrian deaths — up from 30 people in 2017. This year’s tally is the highest since 2008, when 39 people died in traffic-related crashes.