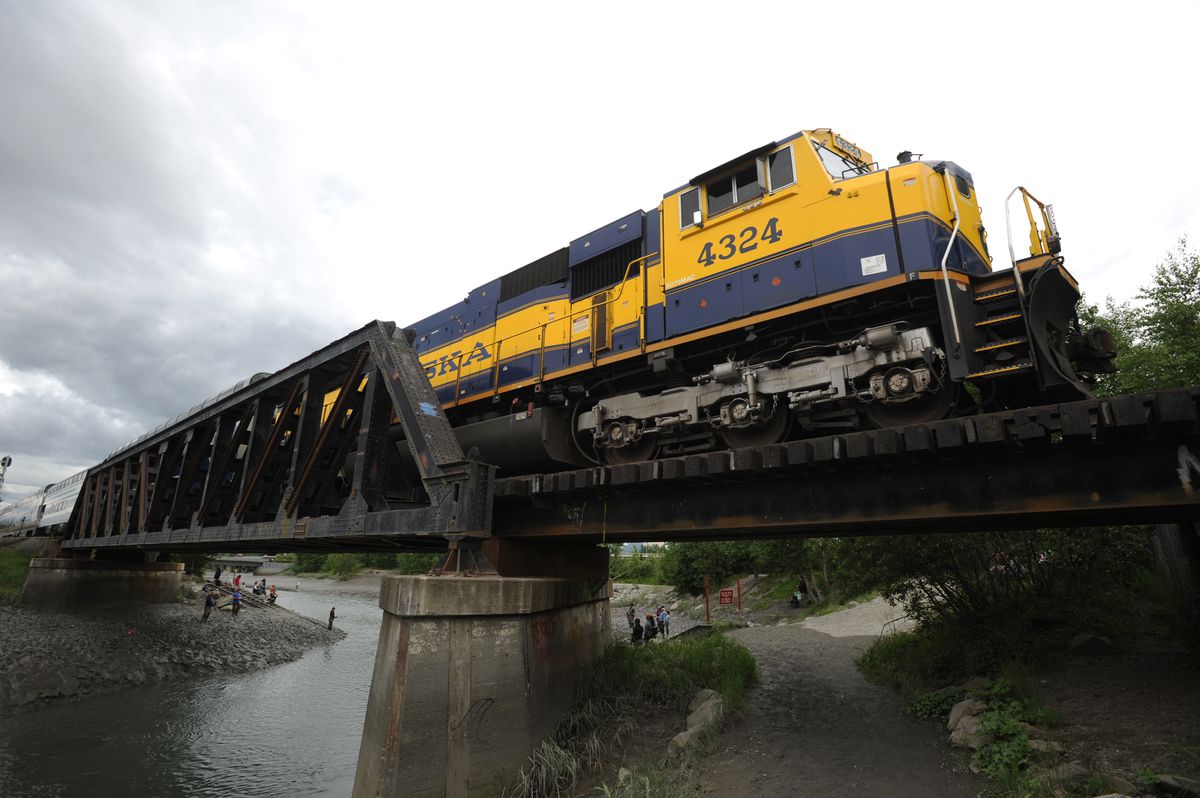 JUNEAU — The Alaska Railroad Corp. board of directors has approved an agreement with a firm seeking to link Alaska and Canada by rail. The board voted unanimously Thursday morning to approve the deal, which does not require the state-owned railroad corporation to fund the project.

Construction is estimated to cost $13 billion, according to a presentation given to the Alaska Legislature earlier this year, and is years away. Thursday’s arrangement deals with initial permitting, land acquisition and preliminary planning.

Under the agreement, the Alaska-to-Alberta Railroad Development Corp. —known as A2A Rail — receives an “exclusive right” to operate a cross-border railroad and the ability to use Alaska Railroad’s existing network as it seeks to build a railroad line between Alaska and Fort McMurray, Alberta. The agreement calls for the Alaska Railroad and A2A rail to obtain a right-of-way across state land between the Canadian border and the end of the railroad’s existing track. The two groups will draft a cost-sharing agreement.

“A rail connection between Alaska and Canada and the rest of the United States is a project that has been talked and dreamed about for close to a century,” said Alaska Railroad President and CEO Bill O’Leary in a prepared statement. “Completing that connection has amazing potential for Alaska and this agreement between the Alaska Railroad and A2A Rail is an important first step to get the project underway.”

Sean McCoshen, co-founder of A2A Rail, said by phone that Thursday’s agreement will unlock right-of-way negotiations which in turn will encourage President Donald Trump to approve a presidential permit needed for the railroad. Gov. Mike Dunleavy has already asked the president to issue a permit, and so has the Alaska Legislature.

With a permit in hand, the project becomes much more attractive to potential shippers, and with shipping agreements in hand, A2A Rail would have an easier time finding financing.

The project is being driven in part by demand for an oil-shipping route out of the Canadian province of Alberta, where bitumen and oil sands are mined. Those materials are then processed and converted into usable oil.

Environmental protests and opposition from local and Native groups has prevented the construction of pipelines out of the province, leaving producers with few options for export. With pipelines unavailable, some producers have taken to exporting oil by train, using thousands of tanker cars to reach refineries or ports.

Larry Persily, a journalist who has also worked on oil and gas issues for the state, federal government and municipalities, is skeptical that an Alberta-to-Alaska rail link will solve this problem or even be built.

In a recent opinion column, he wrote that the cost of transportation over such a link “could eat up at least one-third of the value of the oil,” making the route uneconomical. He referred to a 2015 study that indicated a railroad shipping 1 million barrels of oil per day — double the volume currently shipped through the Trans-Alaska Pipeline System — would have to charge between $15.44 and $21.41 Canadian per barrel.

By phone Thursday, he said, “I think it’s economically nutsy, but we have a history of that here in Alaska.”

In his view, pipelines can and will be built in the years required for permitting and constructing a railroad. As an example, he pointed to last week’s decision by the Canadian federal government to continue the expansion of the Trans Mountain pipeline between Alberta and the Pacific Ocean via British Columbia.

As he explained, a rail link could allow Alaska ports to compete with overloaded Lower 48 container-ship terminals. Shipping times are shorter, and the great-circle route between Asian ports and California already passes near Alaska.

When it comes to oil, “there’s a 5 million barrel-per-day supply problem in Alberta,” he said, and he expects the prospective rail link to be able to carry 1 million to 1.2 million barrels per day.

Correction: A previous version of this article incorrectly reported the cost of the project. It is $17 billion Canadian, or $13 billion U.S. The article also incorrectly reported that the agreement includes rights to a long-planned installation at Port MacKenzie. While A2A has discussed completing the rail extension to the port, that arrangement is not part of Thursday’s deal.