Hess Creek fire, burning in Alaska’s Interior, is largest wildfire in the nation 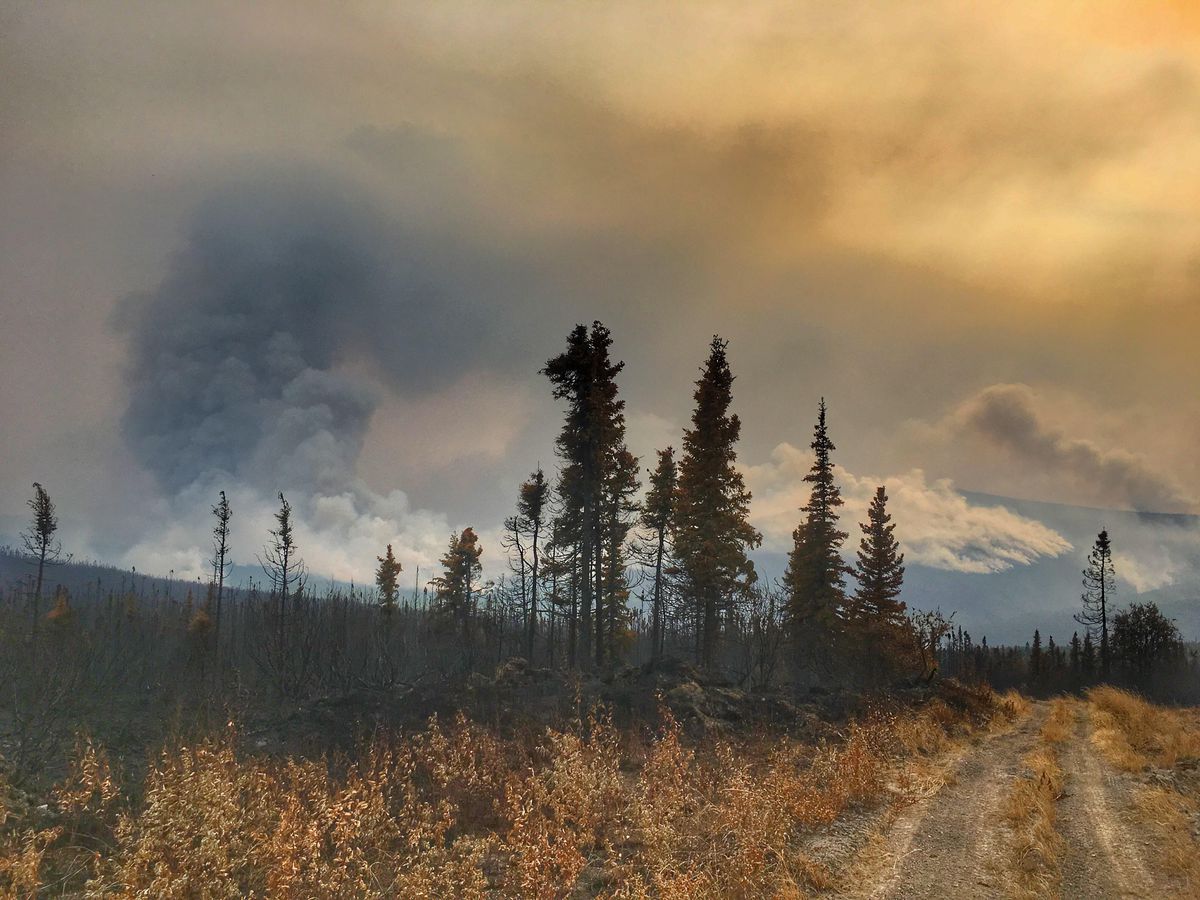 The Hess Creek fire, burning a remote swath of Alaska’s Interior, is the largest wildfire in the United States so far this year.

Fire managers say that because of its isolation and size, it will likely continue to burn until the season changes.

In an unusually active fire season fueled by a statewide heatwave, some 40 wildfires are burning in Alaska as of Tuesday -- compared with 19 total in the Lower 48, according to the National Interagency Fire Center.

Data from the center shows that more than 90 percent of the total acreage burning in United States on Tuesday was in Alaska.

The 2019 wildfire season’s biggest fire began with a lightning strike on June 21 to the northeast of Livengood, a configuration of mining camps and recreational cabins northwest of Fairbanks on the Elliot Highway.

Mostly burning through black spruce on Bureau of Land Management lands, the fire has been stoked by hot, dry weather that has allowed for growth of up to 20,000 acres in a day, according to fire officials with the BLM.

As of Tuesday, the fire has surpassed the size of the 2018’s Camp Fire, which at 153,336 acres was the largest, deadliest and most destructive fire in California history.

Burning in an isolated, largely unpopulated area, the Hess Creek fire has thus far destroyed two unpermitted squatter cabins and one outhouse, according to fire managers.

The disparity between how destructive those wildfires are underscores just how different wildfires are in Alaska, said Sarah Wheeler, a public information officer with the traveling fire management team from Idaho currently charged with overseeing firefighting efforts on the blaze.

It’s a testament to Alaska’s sparse population and intact wild expanses of land that a fire this big could do so little damage, she said.

Because of the fire’s isolation and the lack of structures or communities in its path, firefighting has been limited to protecting the few structures in the area, Wheeler said.

“The vast size and fast growth of this fire... make it impractical for fire managers to attempt full suppression,” fire managers said in a statement Tuesday.

Only about 90 personnel are assigned to the fire, compared with 394 on the Swan Lake fire on the Kenai Peninsula and 776 on the nearby Shovel Creek fire, which threatens subdivisions near Fairbanks.

It will probably take a “season ending event” to stop the Hess Creek fire, Wheeler said: Rain or snow.

That’s not to say there’s no impact to people in the area: The fire is burning south, within a mile of the Elliott Highway. And surrounding communities have been blanketed with thick wildfire smoke in recent days, as an inversion has trapped the smoke close to the ground.

Fire managers have warned that the smoke will interfere with recreation plans, from air taxi pickups to use of cabins in the area.

The Yukon River community of Stevens Village, 29 miles to the north, is not currently threatened by the fire, Wheeler said.