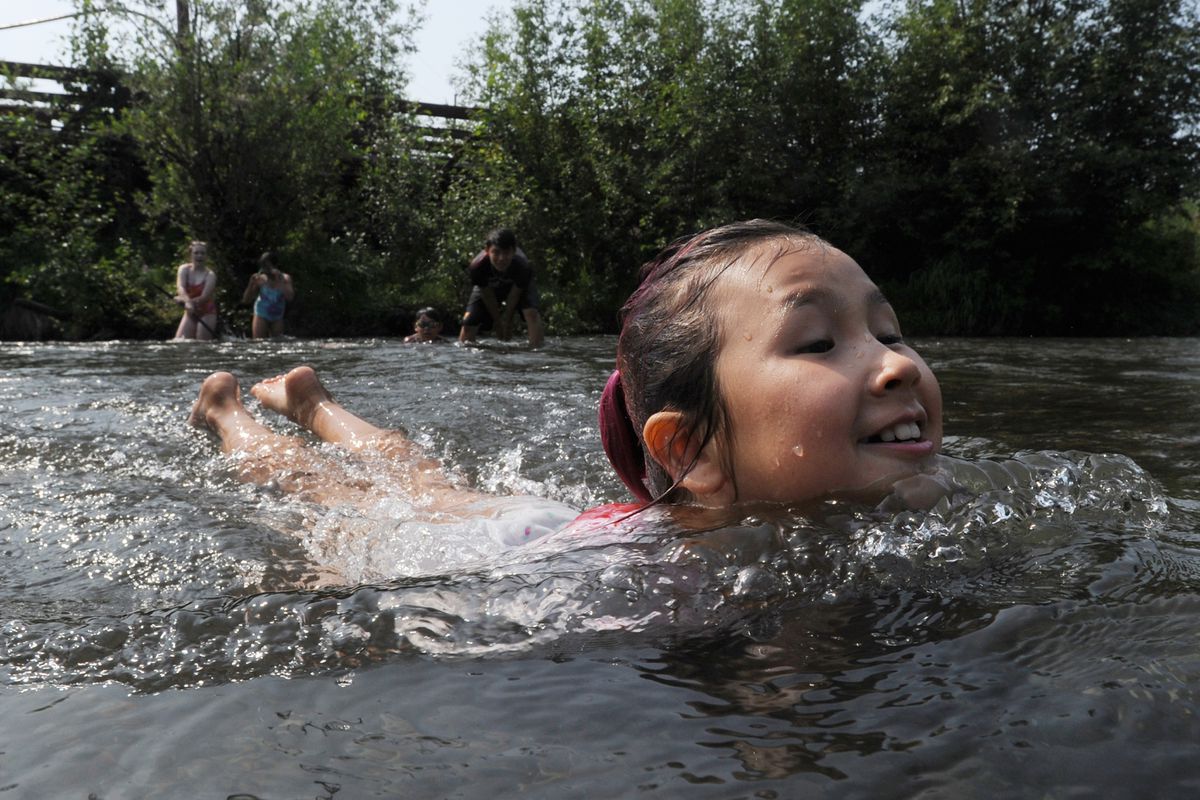 We don’t need to tell you it’s been hot in Alaska for the last couple weeks.

The historic heatwave that has sent Alaskans scrambling to cool their sweltering homes has also toppled some lesser known temperature records, according to data from the National Weather Service.

Here are a couple examples of the ways in which this heat wave has set itself apart:

• As of Monday, Anchorage has experienced six days in a row of 80-plus-degree weather — the longest stretch on record, according to meteorologist Michael Kutz with the National Weather Service’s Anchorage office.

• The daily peak temperature has been 70 or higher in Anchorage for 13 days in a row. That’s not a record — yet. In 2013, Anchorage experienced a 17-day streak of 70-plus-degree weather that ended on Aug. 2 of that year. But we’re likely to break the record by the end of the week, Kutz said.

• On only five of the past 16 days has Anchorage not tied or broken a daily heat record. Put another way: We’ve broken the daily high-temperature record on nine of the last 16 days.

• Since the beginning of record keeping by the weather service at the international airport in 1952, Anchorage has seen a total of 40 days where temperatures reached over 80 degrees. Eight of those -- including Monday -- are from 2019.

The forecast this week calls for a very slight cool-down, including possible showers on Thursday. But temperatures are forecast to remain squarely in the 70s through the weekend.

After that "there’s a possibility we can warm up again,” said Kutz.

This story and accompanying graphic have been edited to reflect that the National Weather Service declared another high-temperature record for Monday.

[Related: Anchorage usually loves warm weather, but this heat wave is something else]