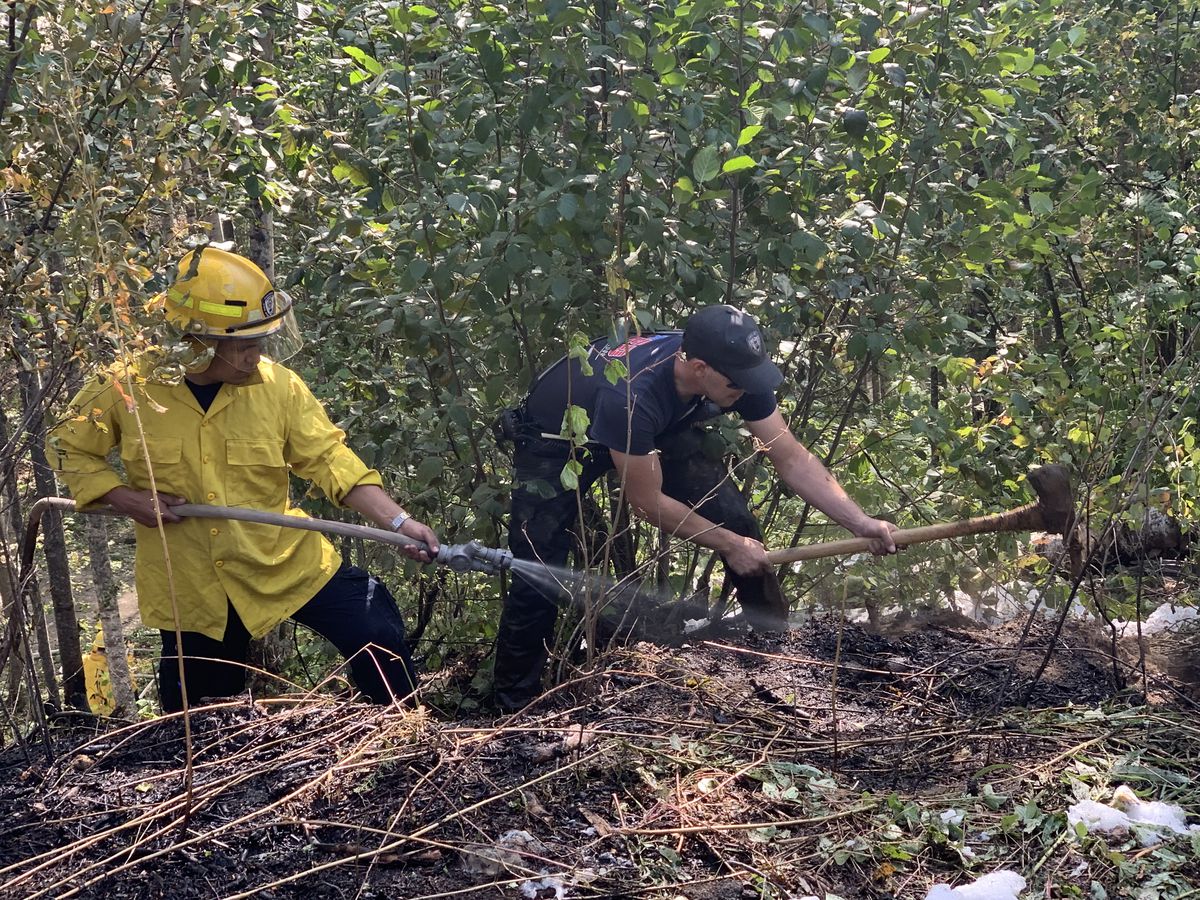 “We were fortunate to catch it,” said Chugiak Volunteer Fire and Rescue Department assistant chief Clifton Dalton Sunday afternoon at Camp Gorsuch Boy Scout camp near Mirror Lake, where firefighters extinguished a 100-by-200-foot blaze before it burned any buildings.

Dalton said the fire was sparked by an underground electrical line. The department’s own firefighters discovered the blaze while putting out a smaller brush fire on the other side of the lake near Mirror Lake Park.

“In the process of extinguishing that fire we spotted the smoke here,” he said.

Dalton said more than a dozen CVFRD units responded, as well as units from the Anchorage Fire Department, Central Mat-Su and the Alaska Division of Forestry.

Air attack was unavailable due to fires elsewhere in Southcentral Alaska, meaning ground crews needed to stop the fire before it crested the top of a small hill behind the Boy Scout camp.

“Had it burned another 10 to 12 feet up the ridge and got into this high wind it could have been a very different scenario,” he said of the blaze, which was stopped just feet short of a storage trailer and within sight of the camp’s main buildings.

The CFVRD also extinguished a Glenn Highway car fire Saturday night that spread into nearby brush. With fire crews stretched thin and conditions ideal for combustion, Dalton said people need to be on high alert to all fire danger

“It’s a scary time right now,” he said. “We have hot, dry conditions, we haven’t had a lot of rain, the wind is high. So burn nothing, be extremely cautious as far as fire danger.”