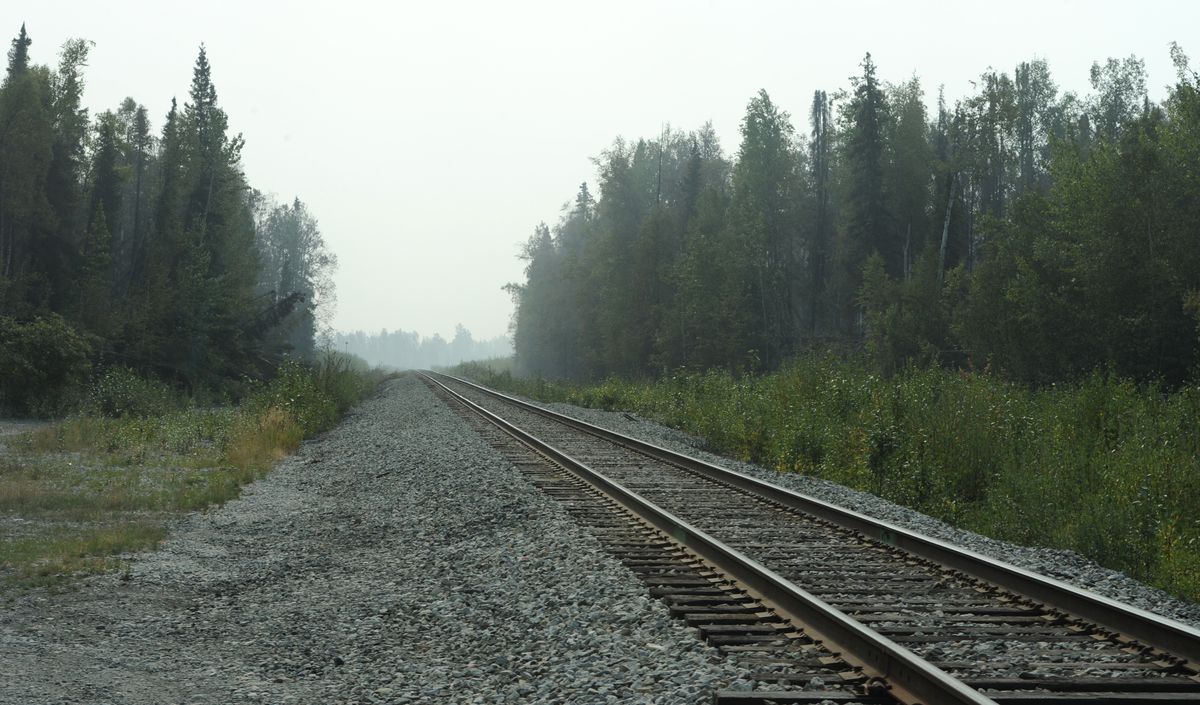 Alaska Railroad trains returned to service Wednesday after cancellations and disruptions in recent days due to wildfires and the failure of a retaining wall in the Healy area.

The railroad had canceled all passenger service between Anchorage and Denali National Park and Preserve on Monday due to the McKinley wildfire burning north of Willow. Passenger service resumed Wednesday morning, the railroad said in a written statement in the afternoon.

Freight service between Anchorage and Fairbanks resumed Tuesday night after a service suspension that resulted from both the fire and the retaining wall failure. The wall failure happened Friday last week and also affected passenger trains.

The railroad had been transporting passengers via motor coach between Anchorage, Talkeetna, Denali, and Fairbanks because of those disruptions.

Passenger and freight trains were running at a slower speed than normal as the railroad monitors fire activity, Sullivan said.

The railroad was using motor coaches Wednesday afternoon for passenger service between Seward and Moose Pass because of high water north of Seward.

High water “has not flooded the tracks at this time,” the railroad’s statement said, “but passengers will be moved via motor coach as a precaution. ARRC personnel will continue to monitor the situation.”