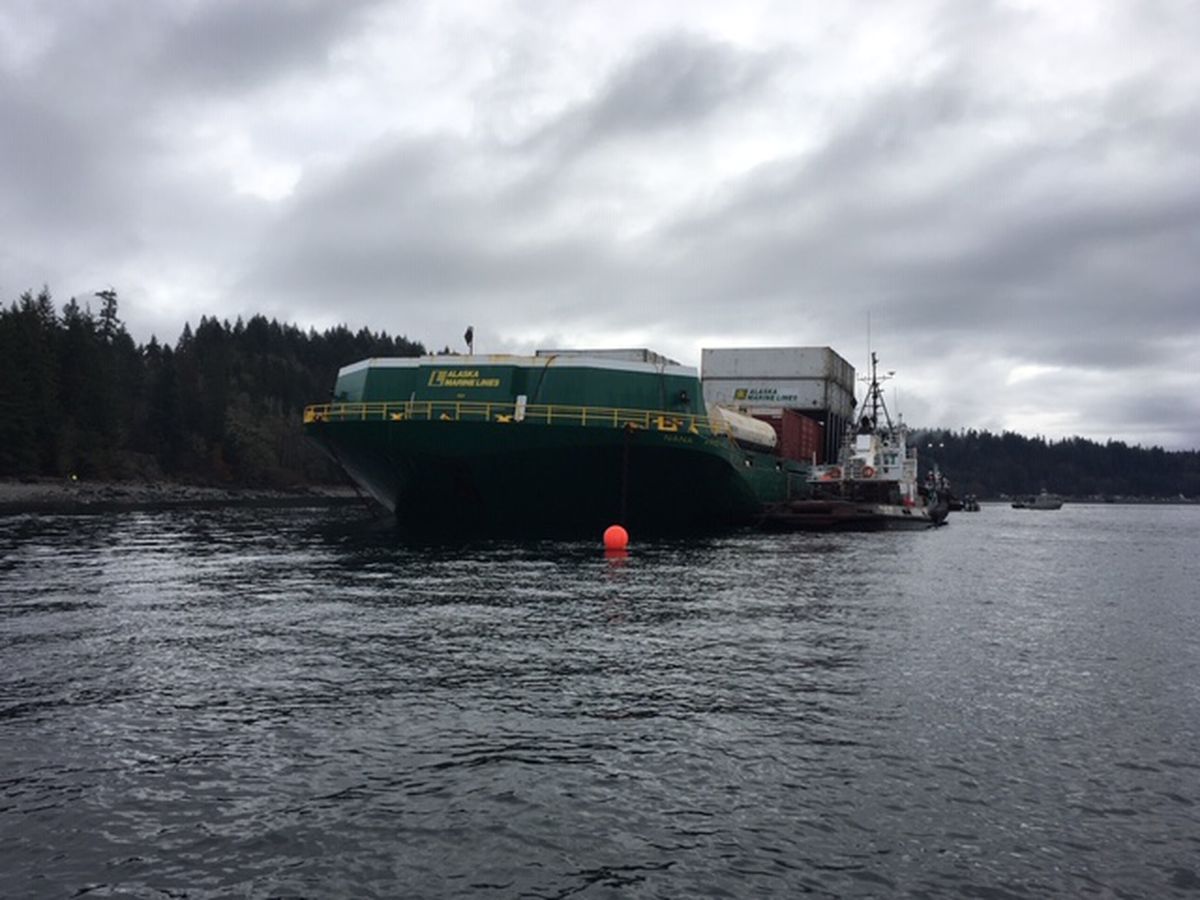 Crews tried Monday to refloat an Alaskan barge that was grounded Saturday near Vancouver. (Photo provided by the Canadian Coast Guard.)

Crews tried Monday to refloat an Alaskan barge that was grounded Saturday near Vancouver. (Photo provided by the Canadian Coast Guard.)

Crews were working Monday to move an Alaska-bound barge that was damaged when it hit ground Saturday near Vancouver Island, according to the Canadian Coast Guard.

The Nana Provider, which is owned by Alaska Marine Lines, was grounded on Quadra Island, just east of Vancouver Island, on Saturday around 8 p.m. The barge was being pulled by the tugboat Polar King and was headed toward Whittier.

Six people were on the tugboat when the barge ran aground, but none were injured, according to Coast Guard spokeswoman Michelle Imbeau.

The barge was carrying rail cars and containers on its deck and did not have cargo in the hull, Imbue said. Investigators determined the hull was compromised after a Sunday assessment, Imbue said.

Ryan Dixon, a spokesman for Alaska Marine Lines’ parent company Lynden Incorporated, said in an email that the barge doesn’t pose a threat to island residents. Imbue said there wasn’t any marine pollution.

“We are carefully assessing the barge and working with the Coast Guard to ensure we can safely move it out of the area as soon as possible,” Dixon said.

A Coast Guard ship remained nearby Sunday night to monitor the barge, Imbue said. On Monday, crews tried to refloat the barge and assess the damage. Transport Canada spokeswoman Jillian Glover said the barge would be towed to a facility in Middle Point for repairs, if needed.

Glover said a salvage plan was under review Monday afternoon.

Correction: A previous version of this story misidentified the name of Alaska Marine Lines’ parent company. It is Lynden Incorporated.