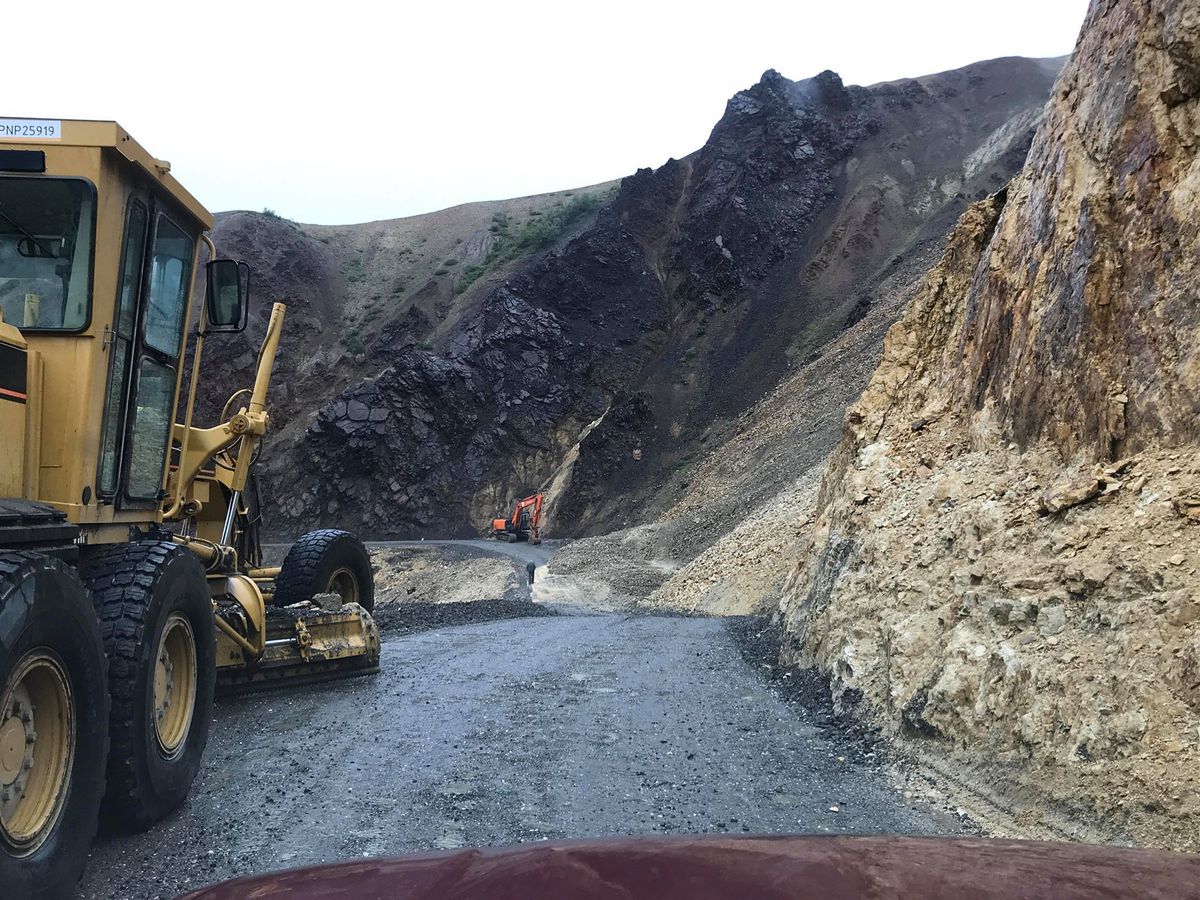 The Denali Park Road, traveled by thousands of tourists and Alaskans in the summer, could be temporarily shut down before its halfway point at the start of the 2020 season due to damage from a continuing landslide.

The 92-mile route is the sole road into the park. Just under 8,000 bus trips are scheduled on the road every year to transport visitors into the park. Use of personal vehicles is usually prohibited.

Park public affairs officer G.W. Hitchcock said the Denali summit is visible at many portions of the road before the landslide zone at Mile 43, and the National Park Service would create a more in-depth viewing guide if travel is restricted.

The temporary closure would prevent visitors from reaching scenic Polychrome Overlook as well as places with prime views of the Denali summit, including the Eielson Visitor Center, the Stony Hill Overlook and the Kantishna and Wonder Lake areas.

The Denali Park Road has had landslide problems for years where the Pretty Rocks portion of the Polychrome Bluffs is increasingly slipping down the mountain. Maintenance crews routinely repair the road there before it can be opened for summer.

But Hitchcock said the road has sunk significantly farther this year, which could require a lengthier repair that would inevitably delay opening past Mile 43.

“It’s not a definite limited opening for (the season’s) start,” he said. “Our priority is to get the road open as quickly as possible.”

Hitchcock said the park would like to have maintenance crews begin clearing the road and identifying the extent of damage earlier than usual. If weather allows, crews may begin working during the second week of February. He said it’s unclear how long the maintenance could take.

The problem portion of the road stretches only 300 yards in a single lane. The road, built in 1938, required only minor maintenance for decades, according to the park service. But the problem grew in 2016 as the landslide began moving the road down the slope about 2.6 feet per year. By the fall of 2019, a 100-yard stretch of the road was sliding down the slope at a rate of about 60 feet per year.

The park restricted travel three times during August of 2019 in response to landslide and debris flows.

Hitchcock said the problem has been exacerbated by warm, wet weather in recent years.

“Warmer temperatures compromise the frozen ground beneath the road, and increased precipitation causes the soil to become saturated and slip downhill,” said geologist Deny Capps in a written statement from the park service. “The last six years have been some of the warmest we’ve seen.”

The park, which saw over 600,000 visitors during 2017, is not expecting to see a dramatic drop in tourism if there’s a delayed road opening, Hitchcock said.

“We’re expecting to be able to still provide a full, memorable experience,” he said.

Tony Beckerley, district manager for Aramark, the company that provides bus service for the park, said the company is waiting to find out more about any potential closures. In the meantime, he said everything “is business as usual.”

“This is normal,” he said. “Every year there’s usually something, whether it’s weather or snow — it’s nature and this is a gravel road.”

As landslide damage has become increasingly worse, Hitchcock said, the park is seeking permanent alternatives for keeping the road open with help from the Federal Highway Administration. A bridge or rerouted road are possible solutions, but would both require significant funding and planning. The park service is studying the cost and impact to create a new route either north or south around Polychrome Pass from Mile 43 to just before Mile 48.

“Adding more material to the road is a temporary fix, but one that exacerbates the problem,” Capps said in the statement. “If you add material to the outside edge, you’re only increasing the weight of the road there and pushing it downhill faster. If you cut into the uphill side, you’re increasing the slope and ensuring debris falls onto the road from above. The debris that comes from uphill isn’t suitable road material for the buses that carry park visitors, so it has to be cleared away from the road surface.”

“This isn’t new to anybody,” Hitchcock said. “The last six years the weather has exacerbated the sliding and it’s just become more obvious that we need a long-term solution.”