‘From sleeping to swimming, it was about 10 minutes,’ says survivor of fishing boat sinking 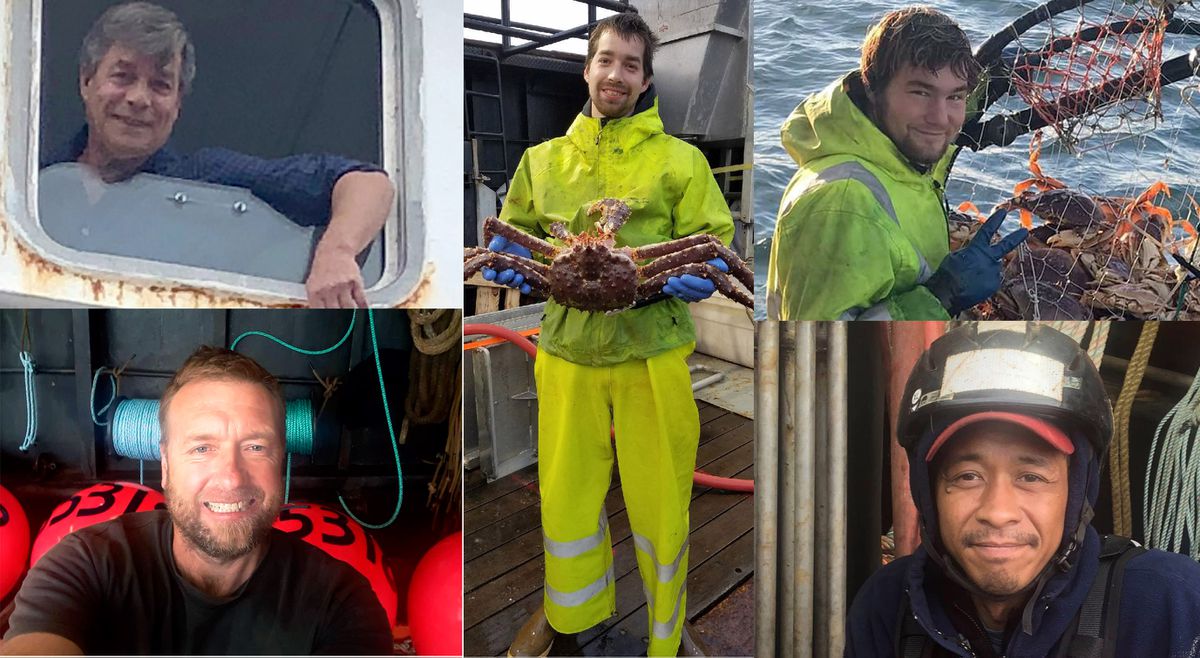 As the crabbing vessel Scandies Rose motored through an area under warnings of high winds and icing southwest of Kodiak on New Year’s Eve, the captain called a friend.

Within two hours, a mayday call would come from the vessel before it capsized, leaving five men missing and two rescued from the frigid, heaving waters of the Gulf of Alaska.

But captain Gary Cobban Jr., 61, didn’t sound concerned on the phone despite the foul weather that battered his boat, his ex-girlfriend said Thursday.

Cobban, calling on the boat phone at 8 p.m. in Alaska, wished her a happy new year at her home in North Carolina, where it was already midnight, Jeri Lynn Smith said. They chatted for maybe 15 minutes, she said. He talked about needing to tuck in somewhere safe.

“When I talked to him he told me the boat was icing and it had a list to it but he didn’t sound alarmed. He didn’t sound scared," Smith said. “The boat ices. The boat ices every winter. It’s just something they deal with. I didn’t worry about it.”

She woke in the morning to news of the boat sinking.

“He knew they needed to get in out of the weather,” Smith said. “I wouldn’t have hung up if I thought he was in crisis.”

Two crew members survived for several hours in a life raft before rescuers battling high swells and frigid cold pulled them out early Wednesday morning. But the Coast Guard late Wednesday suspended the search for the five remaining men aboard the vessel.

The boat loaded pots at the Kodiak Harbor, then left the harbor on Dec. 28 and docked at the nearby Trident Seafoods harbor. They reportedly departed from the island midmorning Tuesday.

The crew made a mayday call around 10:15 p.m. Tuesday and reported they were taking on water south of Sutwik Island, which is southwest of Kodiak along the south side of the Alaska Peninsula, according to the Coast Guard.

The National Weather Service had issued gale warnings for the entire southern side of the Alaska Peninsula and a heavy freezing-spray warning for the area the Scandies Rose was in, according to Louise Fode, the agency’s warning coordination meteorologist in Anchorage. The spray warning reflected the risk of sea spray flung by high winds onto freezing decks and gear, potentially loading them with heavy ice.

Forecasters were warning of 45-knot winds with heavy freezing spray and seas to 21 feet. It was 15 degrees in the area Tuesday night, Fode said. The water temperature was barely above 40 degrees.

Gribble, 38, one of the survivors, described treacherous conditions at the time of the sinking in a video posted to YouTube on Thursday. He said the Scandies Rose had “started listing really hard on the starboard side. From sleeping to swimming, it was about 10 minutes.

“I’ve fished for 20 years, I know that you do not make it, everybody would die in those situations,” he said in the video. "I just wish the other guys would’ve made it.”

Gribble was recovering in the hospital at Kodiak on Thursday, said his friend Brandon Michael.

It wasn’t immediately clear why only some of the people on the Scandies Rose were able to make it into a life raft.

Cobban, a boat captain for decades, grew up the son of an accomplished fisherman, his ex-girlfriend said.

“Gary was a character. Gary could tell stories, true stories of the pickles he’d been in, things that had happened. Fishing stories,” Smith said.

Cobban was looking forward to retirement, she said. “He has never not worked. There’s not a lazy bone in that man’s body.”

Ashley Boggs, fiancee of crew member Rainey, last heard from him when he called her on New Year’s Eve at about midnight at her home in Peru, Indiana. It was around 8 p.m. off the coast of Kodiak.

“He was telling me he couldn’t wait to get back. We were going to start our lives together. Everything was perfect,” Boggs said.

Rainey told her the weather was bad, but it wasn’t anything he hadn’t experienced. The conversation surrounded their plans to get married in March and build a home in the mountains of Idaho. He didn’t sound concerned, Boggs said.

Rainey, 47, started fishing young, Boggs said, and had worked with Gary Cobban for around 15 years. Rainey talked about the dangers of his job, but Boggs said he was rarely serious. He was more of a jokester who had a deep love for his job.

In the two days since the Scandies Rose sank, Boggs said she’s been bombarded by an outpouring of love and support from the commercial fishing industry. Still, Rainey being among the missing crew members has weighed heavily on Boggs.