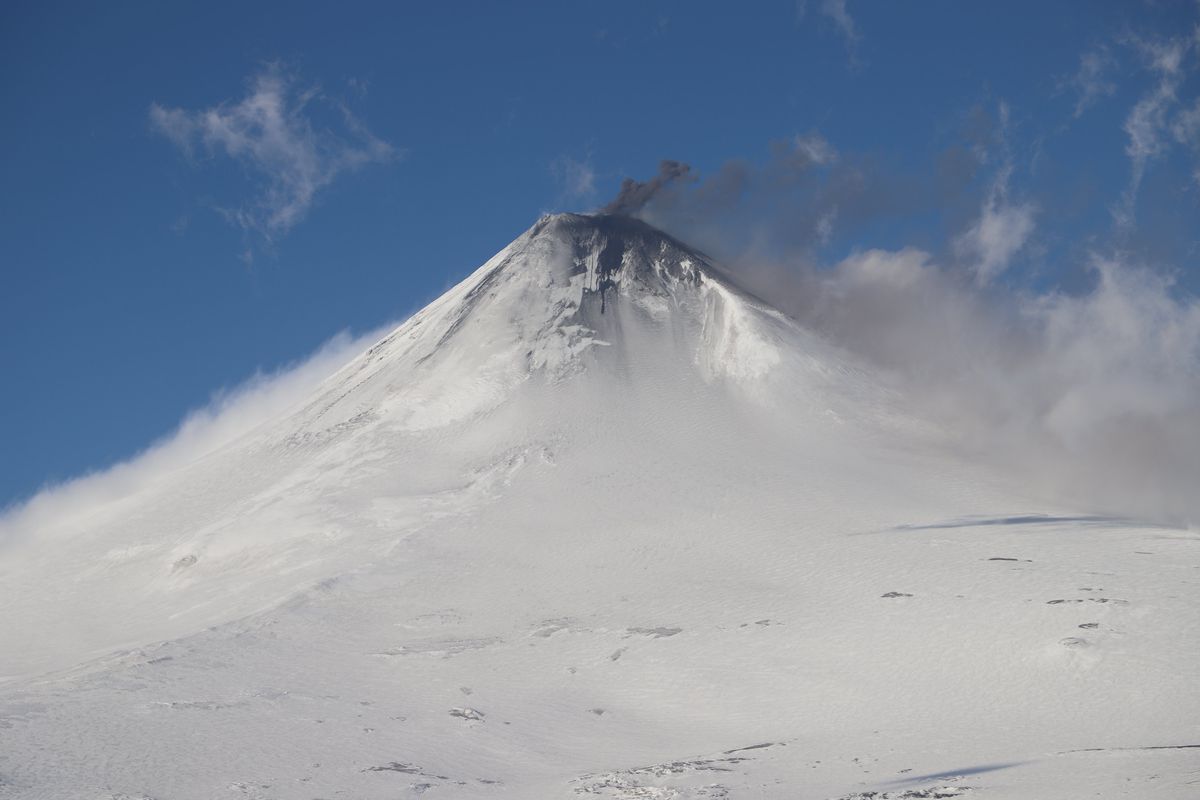 A volcano in Alaska's Aleutian Islands spewed ash into flight paths, prompting a warning to pilots by the National Weather Service.

Seismicity diminished for a few hours, but it then increased again. During the increase, the volcano spewed an ash cloud to 25,000 feet, the observatory announced. The later eruption increased the volume of ash.

Wind continued to push the ash cloud northeast into the eastern Bering Sea and away from jet airliners flying between North America and Asia.

However, the National Weather Service upgraded its alert level to a warning. Trace amounts of ash were expected to fall on communities as far away as Sand Point about 140 miles east of the volcano.

The eruptions were confirmed by lighting and satellite data, the observatory said. More explosions could occur or activity could significantly decrease with little warning, according to the observatory.

The Alaska Department of Environmental Conservation issued an air quality advisory Tuesday for False Pass, Cold Bay and King Cove. “Expect Trace amounts of ash fall for the next 48 hours if eruptive activity persists,” the agency said on Twitter.

Volcanic ash is angular and sharp and has been used as an industrial abrasive. The powdered rock can cause a jet engine to shut down.

The volcano is 679 miles southwest of Anchorage near the center of Unimak Island, the largest island in the Aleutians. False Pass, a village of 40 people, is on the island’s east side. Unless winds change, the cloud would move north of False Pass and would not pose a threat, Schwaiger said.

The volcano is a symmetrical cone that is 10 miles in diameter at its base. It rises to 9,373 feet and is the highest peak in the Aleutians.

Shishaldin is one of the most active volcanoes in the Aleutian volcanic arc, with at least 54 episodes of unrest including more than 24 confirmed eruptions since 1775, according to the observatory.

More explosions could occur with little warning, according to the observatory. The volcano is monitored with seismic and infrasound sensors, satellite data, a web camera and and distant infrasound and lightning networks.