Alaska’s first COVID-19 patient is a cargo pilot who went to an Anchorage hotel before he developed symptoms, officials say 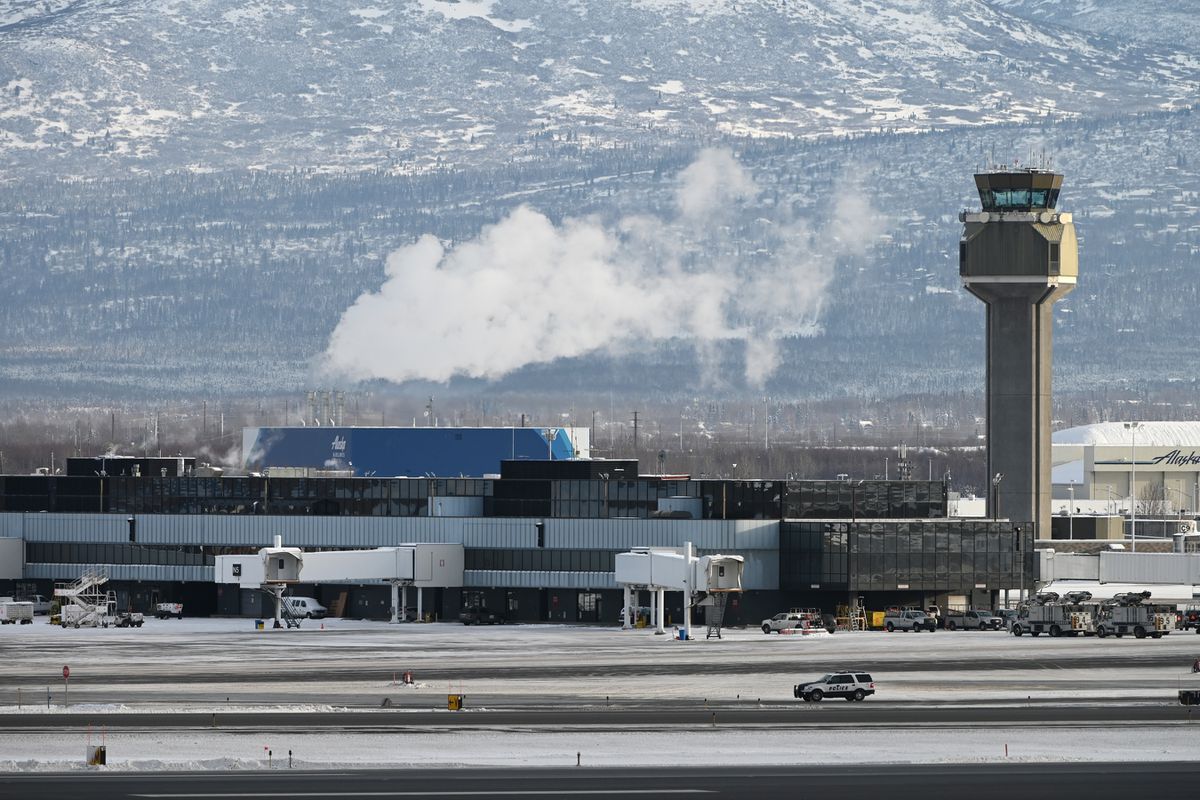 A cargo pilot who arrived at Anchorage’s international airport on Wednesday went to a hotel before he became ill, an airport official said Friday.

On Thursday, the pilot was identified as Alaska’s first confirmed case of COVID-19.

"It’s my understanding that he just left the airport, went to his hotel room and then that is when he became ill,” said Trudy Wassel, deputy manager of Ted Stevens Anchorage International Airport.

On Thursday, the state identified the pilot as “a foreign national individual," and said he had been tested at Alaska Regional Hospital, discharged and is currently in stable condition and in isolation.

Many other questions remain, but state and local officials disclosed a handful of additional details surrounding the case Friday.

The state’s chief medical officer, Dr. Anne Zink, said Friday that officials believe they’ve been in touch with everyone who may have come in contact with the pilot. In a Friday media briefing, Zink said the state doesn’t believe any other Alaskans are at risk.

“Every single person who we believe this person had contact with has been notified and is closely being monitored,” Zink said.

Though it’s unclear what hotel the pilot stayed at, during Friday’s briefing, Gov. Mike Dunleavy implied that it was the Sheraton Hotel in Anchorage.

“I have a press release that we were just sent right as soon as you walked in the door,” Dunleavy told reporters when officials were asked about the pilot and a hotel. “This is a press release that is coming up from the Sheraton Hotel. So I would look for that. I don’t know if it’s going to be sent into your boxes, but we just were handed this as we walked into the door.”

[Think you have coronavirus symptoms? Here’s what might happen if you live in Alaska.]

Representatives from the Sheraton Hotel in Anchorage were not immediately available to provide comment on Friday evening. The Daily News had not received a news release as of Friday night.

On Saturday, the governor’s office forwarded a statement from Stan Kennedy, chief operating officer at Remington Hotels, the company that operates the Sheraton in Anchorage.

“On March 12, we were notified that a guest of the Sheraton Anchorage Hotel & Spa, who stayed at the hotel the nights of March, 10 and 11 tested positive for COVID-19, coronavirus,” read the statement.

“The Sheraton Anchorage Hotel & Spa has been vigilant in its efforts to maintain a safe and healthy environment for all guests and employees, heightening already vigorous prevention measures, with enhanced cleaning procedures and EPA-registered disinfectant products,” the statement said.

Ted Stevens Anchorage International Airport is a major international air cargo hub, with around 70 daily flights that arrive and take off to destinations around the world.

There are 28 international cargo carriers that fly through the hub, according to Wassel.

Cargo crews are processed through U.S. Customs and Border Protection and immigration if they deplane in Anchorage, Wassel said.

This happens at the airport’s North Terminal, which is separate from the area where domestic flights land and depart, the Alaska Department of Transportation said in a Thursday evening statement. (In late February, a plane with around 200 American evacuees from Wuhan, China, were screened for symptoms of the coronavirus at the terminal when the plane stopped in Anchorage to refuel on its way to California.)

If an international cargo crew member deplanes at Anchorage’s international airport, they are asked questions about their health and the locations they have recently traveled, Wassel said.

Certain answers to those questions might prompt a subsequent health screening from the Centers for Disease Control and Prevention’s quarantine station that’s housed at the airport.

But that didn’t seem to happen in the case of the cargo pilot now confirmed to have the illness.

“CDC would have only talked to him if any of those questions seemed abnormal, or they had wanted to get additional information,” Wassel said.

Crews are also given a card with information regarding who to call if they become sick while in the state of Alaska. The pilot received such a card, Wassel said.

“Most of the crews usually overnight here,” Wassel said. “This particular crew member received that card from customs. He became ill after he got to his hotel."

Wassel said that to her knowledge, the initial health screenings involve several questions, but not a physical exam like fever checks or blood pressure checks.

Wassel said that she had not heard back from the CDC, but that “the CDC probably did not contact them because when he originally came through customs, he was not sick.”

The pilot called the number on the card to report that he had become ill, Wassel said.

Wassel said that she did not know how many others were on the air cargo flight, though air cargo crews typically consist of three to four people, she said.

It’s also unclear where the individual was flying from. Zink said Thursday the last two weeks of his itinerary included “quite a bit” of international travel.

Zink said Thursday that after he developed symptoms, the individual “did an amazing job of incredibly self isolating.”