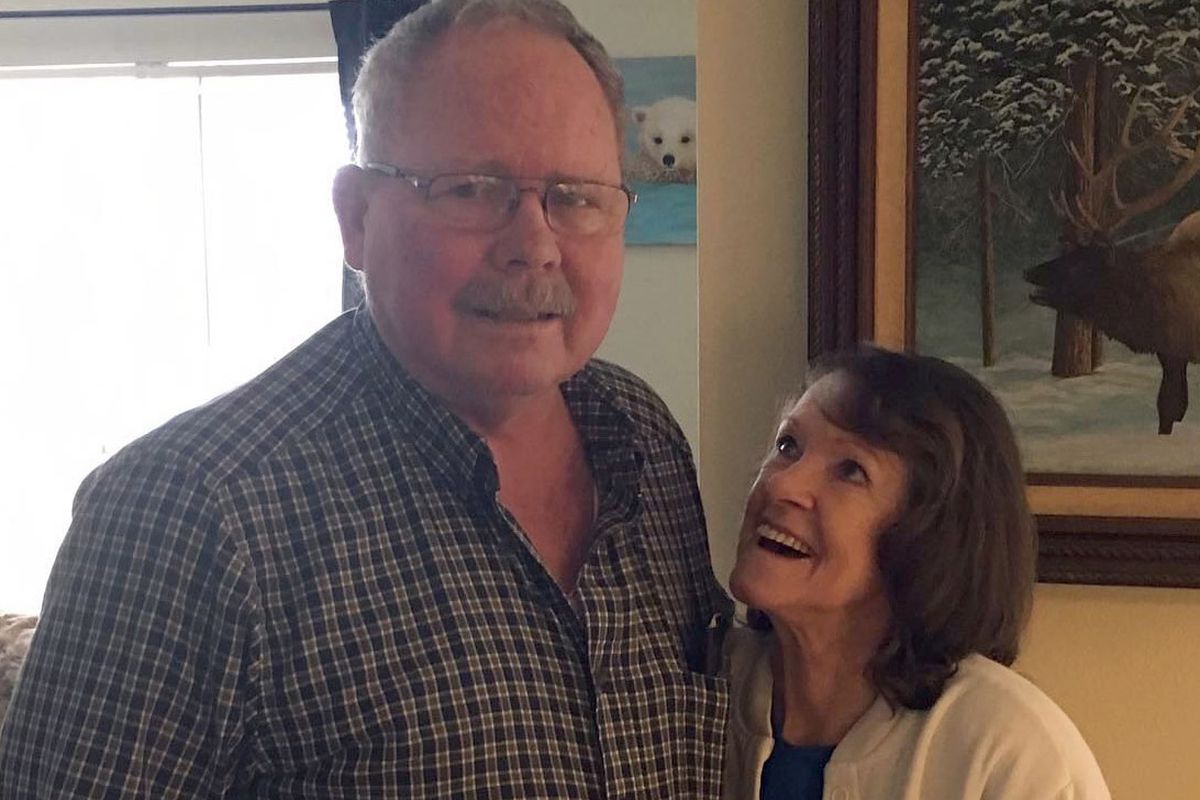 The late Pete Erickson and his wife Marilyn. (Photo courtesy of the Erickson family)

The late Pete Erickson and his wife Marilyn. (Photo courtesy of the Erickson family)

When Delbert “Pete” Erickson of Petersburg got sick last month, his family thought it was routine. The 76-year-old had been medevaced from his home in Southeast Alaska to Seattle for treatment so many times during the last few years that he joked about getting frequent flyer miles.

His family was shocked when a COVID-19 test came back positive just hours before Erickson’s death last week, his son said.

“Nobody thought that he had it,” said his son Arlan Erickson, who also goes by the name Pete. “It took a doctor just showing up out of the blue one night covering somebody’s shift and looking at it with a fresh set of eyes to go, ‘Has anybody tested him for COVID-19?’”

His son has since also tested positive for the virus but said he’s feeling fine for the most part — “My real only symptom is that I can’t smell or taste anything and I have a little sinus congestion.”

He and his family have been self-isolating and are urging others to do the same. Although his symptoms are mild, he knows just how severely the virus can affect the at-risk population.

“He would have gone anyway, but if it hadn’t been for COVID-19 we probably would have had him for a few more months, at least,” he said.

The elder Pete Erickson and his wife moved from Washington state to Petersburg, Alaska, in the mid-1960s. His son said he was drawn to Alaska’s outdoors and was an avid hunter and fisherman.

“We’d go fishing and he’d get so excited when he took a king salmon, it just amazing,” said his son. “He could be so stoic at times. But boy, if he got even a nibble on his pole, he would just be jumping and yelling and hollering and hooraying — he absolutely loved it.”

Erickson was a “true Alaskan,” his son said. He loved that Petersburg was small enough not to need a stoplight and he looked forward to talking with friends at the coffee shop in the early hours of the morning.

For most of his years, Erickson led a busy life. He was a carpenter who was proud that he’d built many of the homes now standing in Petersburg.

Erickson had a gruff exterior but a big heart, his son said. He remembers hearing from a neighbor about how his father had loaned his fishing boat to near-strangers when their motor wouldn’t start.

“That’s the kind of guy he was,” his son said. “I mean, if you needed help, he would drop everything to help somebody and it didn’t matter if he knew you or not.”

About three years ago, Erickson had a heart attack and struggled to recover from the bypass surgery. His son said he had chronic obstructive pulmonary disease, or COPD, congestive heart failure and was losing kidney function as a side effect of the medications he took to manage his other ailments.

Erickson spent about a week last month in the Petersburg hospital for congestive heart failure before he was flown to Virginia Mason Hospital in Seattle.

His son said it’s unclear where Erickson contracted COVID-19, but Virginia Mason Hospital confirmed in an online statement that a patient there tested positive for the virus on March 1. Erickson said his father was initially placed near a patient he suspected to have COVID-19 symptoms.

“After a couple days of visiting my dad, all of a sudden the nurses that are going in the room next door were gloving up and putting gowns on and face masks before they go in,” he said. “I was like, ‘Wow, something weird is going on over there.’”

His father was moved to a different floor of the hospital before he transitioned to a short-term rehabilitation center. After a weekend at the center, Erickson looked tired, his son said. Things got worse overnight and he was taken to St. Francis Hospital in Federal Way, Washington.

“He was in the ICU there for about a week and at first he was doing he was doing good,” his son said. “He was responding to all the medicines and then he kind of took a downturn.”

Erickson wasn’t tested for COVID-19 until a doctor new to his case ordered the test. His son said the family and other medical professionals assumed Erickson’s declining health was related to his other ailments.

“Then boom — automatic quarantine until they got the test results,” said the younger Erickson. “Which infuriated me and all of the family because we could no longer go in and see my dad. It was pretty tough.”

As his father’s health continued to deteriorate, Erickson said he and his family were allowed to say goodbye one at a time. He sanitized and put on layers of protective gear before walking through the air-locked room where his father rested.

“I tell you what, it’s hard to keep those masks on when you got snot running out of your nose and tears running down your face,” he said.

Erickson was holding his father’s hand when a nurse notified him the COVID-19 test was positive.

“It was like somebody had punched me in the stomach,” he said. “It was just crazy. And then I didn’t hate the doctor anymore.”

Several hours later, on March 16, the older Erickson died in the hospital.

Erickson said he and his wife knew they needed to isolate themselves and get tested for the virus because of their exposure. She did not contract it, but he received positive test results about four days later.

Erickson said over the phone from his home on Camano Island north of Seattle on Wednesday that he’s feeling mostly fine. He is a tugboat captain and he had been working off Southeast Alaska before his father’s condition deteriorated. He said he’d felt slightly congested at work, but it wasn’t until he tested positive for COVID-19 that he realized it wasn’t a cold.

None of his co-workers or family members have shown symptoms, and Erickson said he’s encouraging everyone to self-isolate, whether they’ve been in contact with someone who tested positive or not. He said he wants people to take the virus seriously.

“Unless you have a job that is urgent where you are out dealing with the public — just stay home,” he said. “... If we overreact now and we’re able to stop this thing we’ll look back on it in six months to a year from now and we’ll say, ‘Oh God, we were so stupid to overreact like that.’ But if we don’t, then we’re going to be looking back on it two, three months from now saying, ‘if we had only done more to stop this.’

"It seems like a lot of unnecessary steps, but it’s important if we want to get this thing to stop. It’s gonna take out our old people and those are the people we have to protect.”

As of Wednesday evening, there were 59 confirmed cases of COVID-19 in Alaska. Erickson is the first Alaskan to die from the virus.