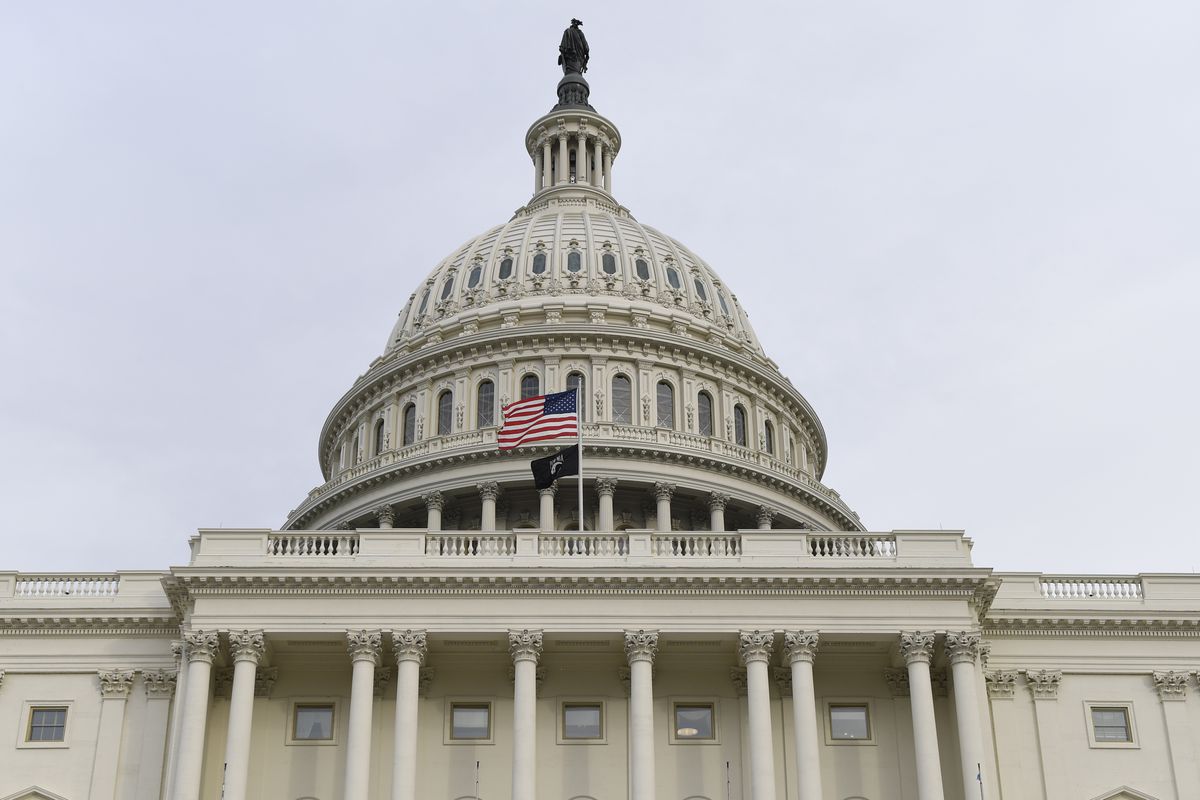 The coronavirus response bill that unanimously passed the U.S. Senate on Wednesday will pump well over $1 billion into Alaska as the state grapples with the pandemic’s economic fallout.

The $2 trillion measure, expected to soon pass the U.S. House, will provide at least $1.25 billion to support the Alaska government, Sens. Lisa Murkowski and Dan Sullivan said Thursday during a call with reporters. It will deliver $1,200 stimulus checks to most Alaskans.

“What we’re trying to do here is get cash in people’s pockets as quickly as we can,” said Murkowski.

Alaska leaders recently issued emergency business closures to slow the spread of the novel coronavirus, which causes COVID-19 and has now caused more than 1,000 deaths in the U.S.

In Alaska, jobless claims have quickly skyrocketed, with no certainty when the crisis will end.

Murkowski acknowledged the bill is a “major hit” to the Treasury, worth about 9% of national gross domestic product.

“But I guess the bigger question is ... what would the impact be were we not to act?" she said.

The stimulus bill is needed to prevent a deflationary spiral that could produce a lasting economic collapse, Sullivan said.

He said no industry is at fault for the nationwide economic downturn, unlike the Great Recession, caused by financial institutions. Sullivan said he believes the bill is not a bailout or slush fund for industries, as some critics have said.

“(By) not acting now, you might have a bill that you would have to pay later that would be even more expensive,” Sullivan said. “And the social disruption that could come from that is something that is also very important to think through.”

The measure provides $500 billion in loans to corporations impacted by cancellations and closures.

• $1,200 checks to most Americans, plus $500 for each child. The benefits phase out at higher incomes. Treasury Secretary Steve Mnuchin has said he hopes to deliver the checks starting in two to three weeks, Sullivan said. The checks are expected to arrive fastest for people who have filed taxes online.

• Up to $10 million loans to small businesses. Employers that maintain payroll can be forgiven up to 8 weeks of payroll, rent, utilities and mortgage interest payments during the crisis. The measure is designed to keep laid-off employees tethered to companies that will eventually reopen, Sullivan said.

• $300 million in direct aid to fishermen nationally, including for subsistence and charters, that are hit by market or other impacts from COVID-19. Fishing communities and businesses are also eligible.

• $150 billion for state and local governments. Each state receives at least $1.25 billion.

• $150 billion to help hospitals and other providers as they fight the virus.

• $8 billion for tribes, including some funds to address medical needs. Alaska has more tribes than any other state.

The measure is the third coronavirus relief bill Congress has taken up.

An $8.3 billion bill in early March paid for more test kits and took other actions to boost medical preparedness. Congress next passed a more than $100 billion measure that, among other steps, will send $60 million in additional Medicaid payments to Alaska and ensure free testing for the virus, Sullivan said.

Murkowski, in an interview last week, said the federal government’s response to the coronavirus was initially slow, due to confusion about the scale of the problem.

“I think there was an effort by the White House to downplay this early on,” she said.

"It’s always good to let your medical professionals lead discussions and try to stick to as open and accurate information as we can,” she said. “As hard as it is to hear things, you want to know there’s truth and accuracy to that. The administration is seeing that, and the information getting out there now is being done in a more transparent way.”

Sullivan last week said the Trump administration was smart to restrict travel from China to the U.S. early on. But he blamed the bureaucracy at the federal Centers for Disease Control and Prevention for slowing the U.S. testing response compared to other countries. Things have improved now that the private sector is involved, he said.

“I also think the president and the Trump Administration’s Coronavirus Task Force should let the experts, like Drs. (Anthony) Fauci and (Deborah) Birx, take the lead on educating the public on the science and the necessary public health responses," he said.

But anyone can criticize and play armchair quarterback, Murkowski said last week.

“This a time when we need all Americans to be acting together, to put aside the partisan posturing and act for the good of the country," she said.