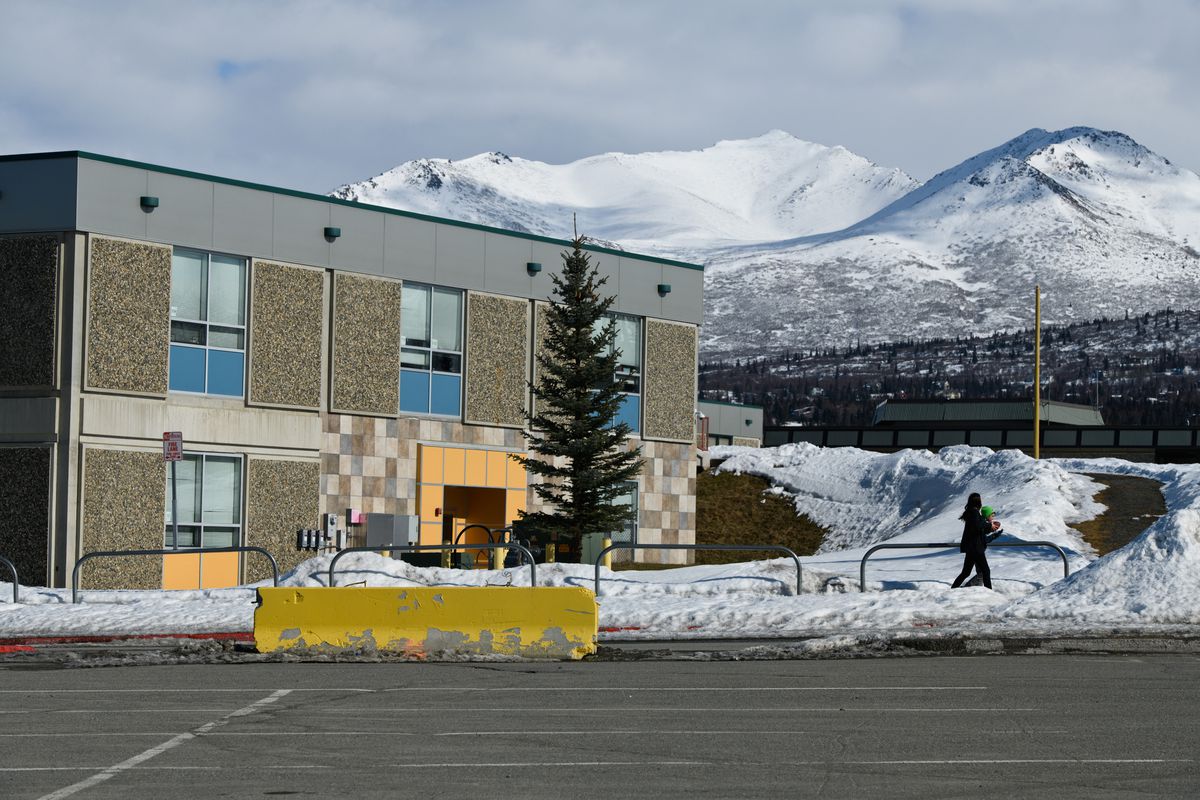 Alaska’s public and private K-12 schools will remain closed to students for the rest of the school year amid the ongoing coronavirus pandemic, state officials announced Thursday evening, along with the extension of other public health measures.

The new education-related health mandate announced Thursday extends a prior closure announced in March that shuttered schools to students through May 1. School districts across the state launched distance learning programs to continue students’ education through the closure.

“Despite the need to extend school building closures, student learning will continue, per each school district’s individual plan, to provide distance-delivered educational services to students,” the new mandate states.

“The reason for this is, we don’t know what this virus is going to do, and we’re trying to give as much certainty as we can to the public," Dunleavy said. “To wait another two weeks or three weeks when we’re already close to the school year by that point, we feel would cause more disruption and more confusion. So we’re extending the mandate for the rest of the year.”

According to the mandate, incident command leaders will “consider whether the state’s health outlook will safely allow for small groups of students to meet with their teachers in-person for final student conferences before the end of the school year.”

The mandate also mentions that, as school districts consider how they might celebrate graduates, gathering for events such as graduations remains prohibited under a previous health measure on social distancing.

Crum, the health department commissioner, said that two other mandates — one that tells Alaskans to stay at home as much as possible, closes nonessential businesses and prohibits gatherings; and another that prohibits nonessential travel within the state — would remain in place and be reevaluated by April 21, instead of April 11 as originally stated. Another mandate that orders the postponement of nonurgent dental procedures is extended until further notice, Crum said.

Such measures have been taken to limit the spread of COVID-19, the illness caused by the new coronavirus, across the state. As of Thursday evening, more that 235 Alaskans have tested positive for the illness, and seven Alaskans have died.

The Anchorage School District, the largest in the state, moved its classes online in response to the shuttering of schools in March and launched a districtwide distance learning program on March 21. Superintendent Deena Bishop previously told reporters that the district was preparing to keep education online-only through the end of the school year and that she believed the state would extend the closure.

At the time, Bishop said that under those circumstances, Anchorage schools would continue to hold online classes for the rest of the school year, which ends May 21.

To give Alaska’s superintendents and school boards added resources, a new measure will address school district finances, Dunleavy said Thursday. By law, school districts may carry over up to 10% of their funding from one fiscal year to the next, Dunleavy said, but the state will allow districts to carry more than that percentage over to help with budgeting for next fiscal year.

State officials decided that suspending classes for the rest of the school year “was in the best interest of our state and our people," Dunleavy said.

“I know that these decisions have impacted sports, proms, get-togethers, graduations, and we know that a lot of our seniors are only going to get one shot at this,” Dunleavy said, offering his apologies to Alaskans affected by the mandates. “This would not happen unless we were dealing with this epidemic, this pandemic, and trying to keep people safe.”

Amid continued efforts to curb cases of COVID-19 in the state through social distancing, Alaskans have experienced tectonic shifts to daily life. The economy has also taken a major hit: Businesses have shuttered — some temporarily, others permanently — and record numbers of Alaskans have filed for unemployment.

Dunleavy acknowledged Thursday that it was challenging way of life, and thanked everyone for their sacrifices and understanding.

He also said that he would begin talking about “some re-entry ideas to get society and business up and running again.”

The governor said that the planning effort would be led by the state’s medical team and that the idea was to give Alaskans hope.

“It’s our hope that we’re going to get this behind us sooner than later,” Dunleavy said.