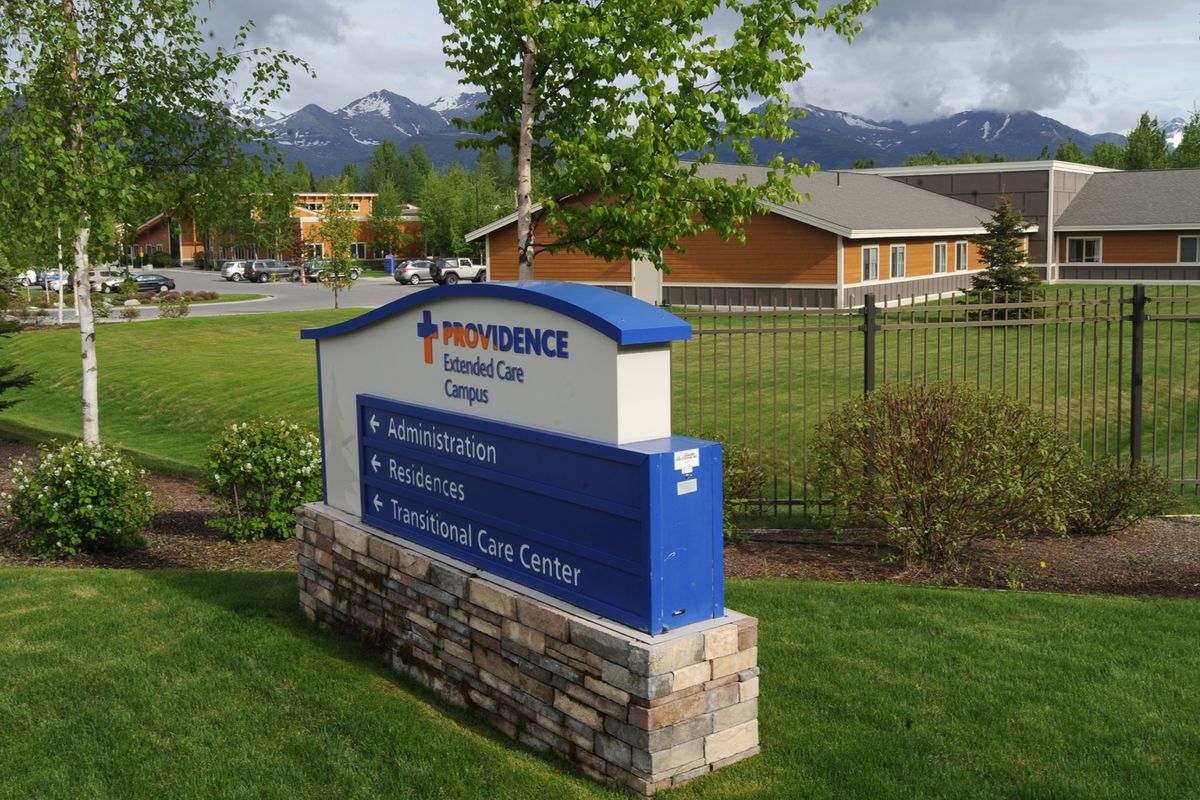 Twelve of the twenty-seven confirmed COVID-19 cases reported on Sunday, May 31, 2020, were at the Providence Transitional Care Center off Boniface Parkway in East Anchorage. (Bill Roth / ADN)

Twelve of the twenty-seven confirmed COVID-19 cases reported on Sunday, May 31, 2020, were at the Providence Transitional Care Center off Boniface Parkway in East Anchorage. (Bill Roth / ADN)

The sharp rise comes just over a week after the state lifted restrictions and reopened. The previous largest uptick was April 6, when 22 people tested positive for the virus.

Gov. Mike Dunleavy said Sunday that the increase “is not a shock” and said Alaskans should not panic.

“Weeks, if not months ago, we did have days where we'd have 16 cases and 17 cases,” he said. “We’ve kind of gotten used to some days with zero, some days with one or two, three or four. So again, we don't see this as any reason to get overly concerned.”

There will not be any changes to the state’s recently lifted restrictions in response to the increase, Dunleavy said. Hospital capacity is at a manageable level right now, Dunleavy said, and he did not see that changing in the future, although the state would reevaluate restrictions if the need arose.

A resident at Providence Transitional Care Center in Anchorage had a fever and cough last week and tested positive for the virus on Friday, said Chief Medical Officer Michael Bernstein of Providence Health and Services Alaska. Caregivers were tested Friday and Saturday outside the center and 11 more people tested positive on Saturday.

Some of the test results are still pending, Bernstein said. He did not specify how many of the 12 confirmed cases were residents, but said the “majority were in residents, but there were also a portion in caregivers." Many of the residents who tested positive are not showing symptoms, he said.

Residents who tested positive for COVID-19 are remaining in their rooms, and staff members are being screened before each shift, Bernstein said.

Sunday’s “significant increase in cases” within Anchorage marks the second-highest daily total of COVID-19 cases for the municipality after March 30, which had 16 cases, said Anchorage Health Department director Natasha Pineda.

An outdoor testing site was set up on Friday at the facility, Pineda said. On Friday and Saturday, “a very large number of tests,” were completed and sent to state public health labs, Pineda said.

Providence Transitional Care Center currently has 48 residents with the capacity for 49, said Kirsten Schultz, spokesperson at Providence Health and Services Alaska. Ages of residents vary widely, and currently residents at the facility range from their mid-20s to their 80s.

People stay at the facility between hospital stays after an injury, surgery or long illness before going home. Residents usually stay between 40 and 50 days, Schultz said.

In addition to testing residents at the transitional care facility, Schultz said they also opted to test the 96 residents at Providence Extended Care, a separate long term care facility on the same campus, “out of an abundance of caution.”

Between the two facilities, there are 330 caregivers, and of those caregivers, 300 have been tested thus far, Schultz said Sunday evening.

Cases reported Sunday include 12 in Anchorage, four in Wasilla, three each in Eagle River and Kenai, two in Homer and one each in Anchor Point, Soldotna and one case listed as other in the Kenai Peninsula Borough, according to DHSS.

One non-resident case was confirmed in a Dillingham area seafood industry worker, the department said in an online statement. There have been 21 cases of COVID-19 confirmed in non-residents.

Dr. Anne Zink, chief medical officer for the state, said it is up to individual Alaskans to stop the spread of COVID-19 by maintaining social distance, wearing a mask, washing hands and avoiding large gatherings. Some of the cases reported Sunday were linked to large gatherings or celebrations, she said.

“The common theme is just the importance of really staying home when you're not feeling well and keeping your circles really small,” she said.

“Open” never meant “over” and our numbers show that. 27 new new AK cases today - highest day for #Alaska since the beginning of this pandemic in our state. No new hospitalizations deaths or recovered cases. Total resident count- 460. Total Non resident count- 21

Case counts had remained in the single digits for weeks until a spike last week with 13 cases confirmed Thursday.