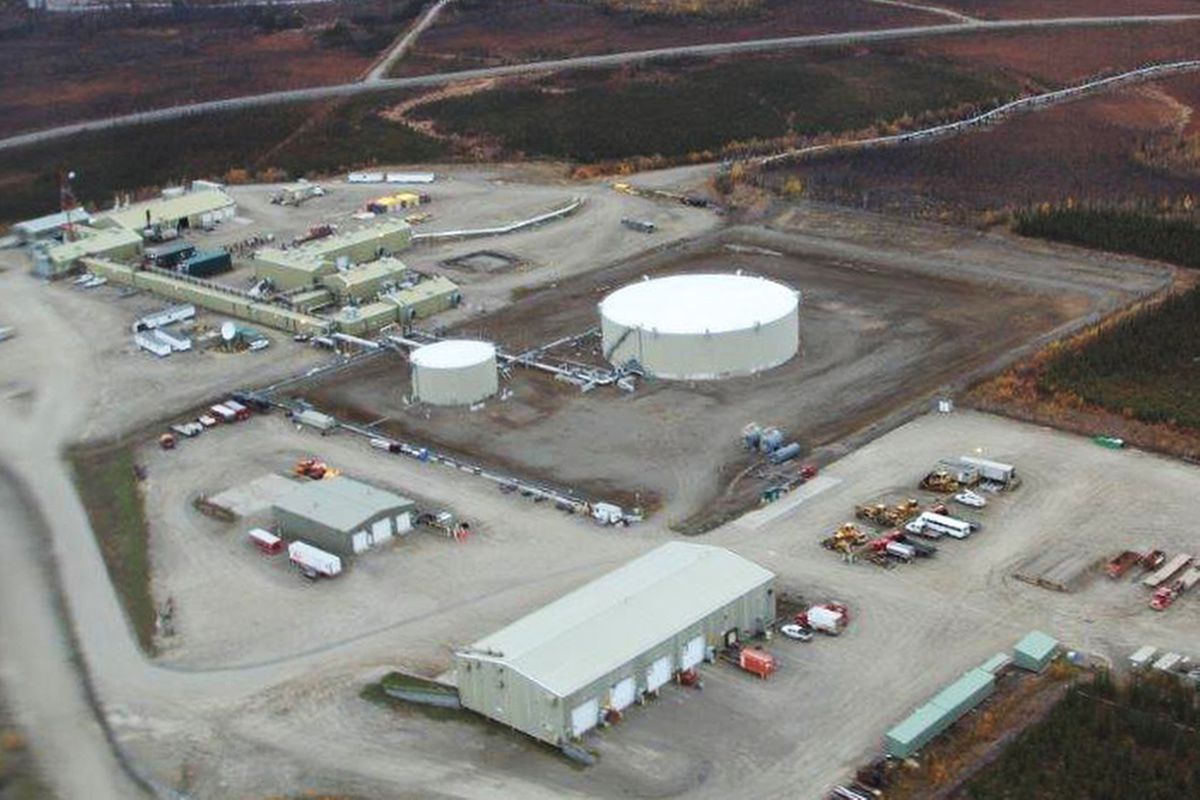 A black bear mauled a contract worker for the trans-Alaska pipeline last week near a pump station in the area of Prospect Creek, officials said Tuesday.

The man the bear attacked Friday evening was seriously hurt but is expected to recover. The bear, which was later killed, appeared to be hungry but not emaciated, said Glenn Stout, a spokesman for the Alaska Department of Fish and Game.

Michael Becwar, 53, of Wasilla notified security staff that he was going for a jog shortly after a 6 p.m. shift change, said Katie Pesznecker with Alyeska Pipeline Service Co. He headed down a road outside the station that connects to a small airstrip. Pesznecker said employees often exercise along the road.

They found Becwar along the road with serious injuries, Pesznecker said. The bear was no longer at the scene. Medics at the pump station treated Becwar immediately and performed what Pesznecker described as life-saving treatment so he could be flown to Fairbanks Memorial Hospital, about 160 miles south.

Becwar was in the hospital over the weekend, Pesznecker said. She did not have an update on his condition Tuesday but said he is expected to recover.

Stout, with Fish and Game, said the attack was considered to be predatory because Becwar told officials he saw the bear from several hundred yards away during his jog, and he stopped to make noise and ensure the bear heard and saw him before continuing to exercise.

While he was returning from his jog, he encountered the bear again, Stout said. The bear, alone, wasn’t surprised by Becwar and was acting defensively, Stout said.

“It was very, very fast. He saw the bear and seconds later it attacked him," Pesznecker said. "He didn’t really have time to think about it or react.”

Becwar did everything right during the encounter and the attack that followed, Stout said.

“He fought off the bear pretty hard, and that may have saved his life,” he said. “The bear had tried to drag him off the road and back into the woods, but he didn’t want that to happen — he wanted to stay on the road. He had a pocket knife that he took out to help fend off the bear, and at some point the bear seemed to end the attack.”

There was concern that the bear would go after other employees, so security guards returned to the scene of the mauling Saturday with advice from Fish and Game officials to shoot the bear if they saw it, Pesznecker said.

Security staff saw the bear and shot at it once. Pesznecker said it fell to the ground but quickly jumped back up and ran into the woods before they had time to fire another shot.

They returned Sunday to clean up the scene and look for the bear again, Pesznecker said. An employee flying above in helicopter saw the bear approaching security guards on the ground and notified them. Pesznecker said the bear was shot three times before it went down.

The Alaska Department of Fish and Game performed a necropsy on the adult male bear and said it was likely the one involved in the attack. The bear’s stomach was relatively empty and he appeared to be in somewhat poor condition, although not emaciated, Stout said. It’s not uncommon for bears to be in such condition this time of year when they are first waking up from hibernation, he said.

“He was definitely a hungry bear from not eating,” Stout said.

Fish and Game is still awaiting lab results, but Stout said a rabies test was negative and there did not appear to be any other immediate indicators related to the bear’s health that would have impacted the attack.

Pump Station 5 near Mile 137 of the Dalton Highway is in a heavily wooded area that sits to the south of the Brooks Range. There’s a heavy presence of wildlife there, and Pesznecker said the pump station uses a variety of precautions to avoid bears and deter them from wandering into worksites.

Steckman said now that bears are out of hibernation, it’s important to take precautions when going outside — whether that means bringing bear spray, making noise, traveling in groups or letting someone know where you’re going and when you will be back.