Alaska reports the highest rate of tuberculosis infection in the nation, at a time when public health resources are limited 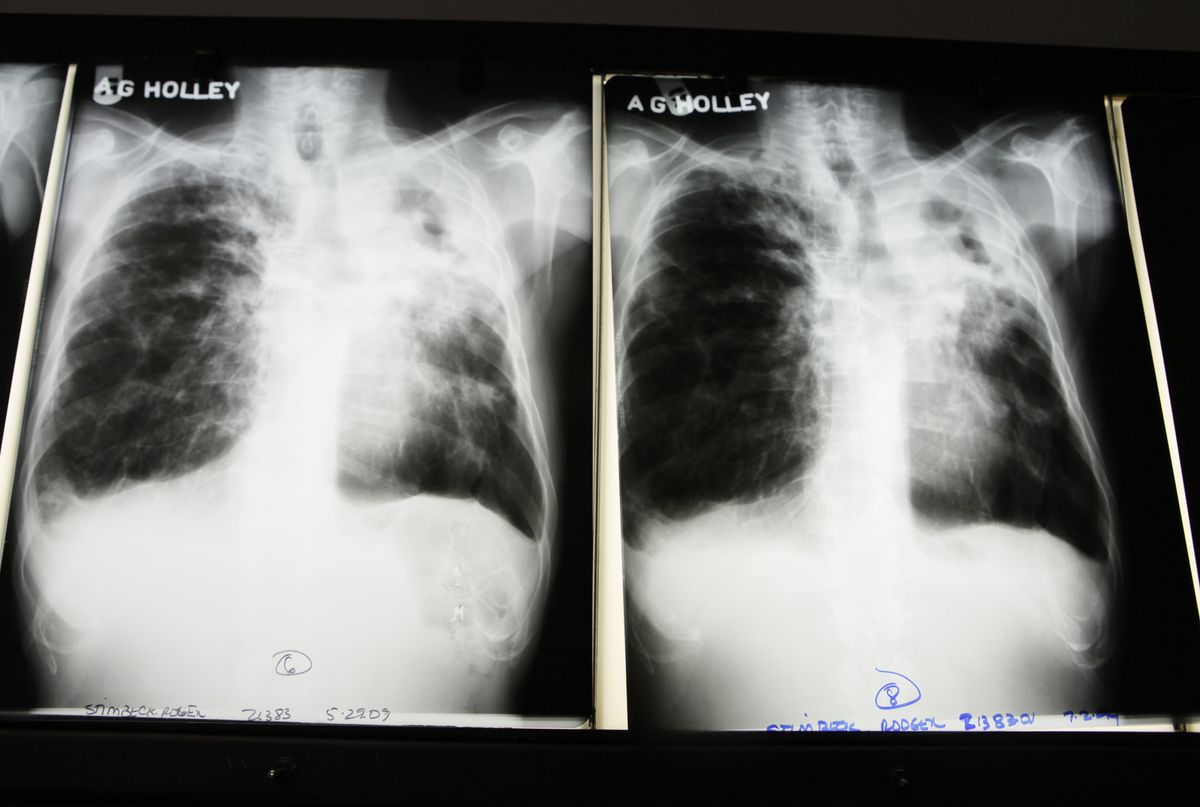 COVID-19 has further complicated the the mission of eradicating tuberculosis in Alaska, according to state and local health officials.

A federal report released in March reported that in 2019, Alaska had the highest rate of tuberculosis infections in the country, with 58 documented cases. According to data collected by the state, 2020 is on track to reach a similar high: There have been 38 cases in the state so far this year.

“At the same time that we have challenges with the COVID crisis, we’re also seeing a rise in tuberculosis cases,” said Natasha Pineda, director of the Anchorage Department of Health and Human Services, at a recent community briefing.

“We are struggling at the moment,” she said.

Part of the problem is limited public health resources, said Dr. Michelle Rothoff, a medical epidemiologist with the Alaska Division of Public Health.

“Our public health nurses are really the frontline workers in the fight against TB,” she said. “And they’re obviously being pulled in many different directions right now, which makes it more challenging for them to do all the work they need to do.”

In Anchorage, where there were 15 cases of active TB as of last week — and more than 300 cases of active COVID-19 — the city health department recently reported reaching its limit for contact tracing, the process of determining who an infected person might have come into contact with while they were contagious and how they got sick.

Epidemiologists have said this process is an important part of containing COVID-19 — and also TB, a particularly difficult and expensive disease to fight.

TB spreads through the air when a person with TB of the lungs or throat coughs, sneezes, or talks.

Two TB-related conditions exist: latent TB infection, meaning the infection is in the body but the immune system is able to fight off illness from the bacteria; and TB disease, which means a person is actively sick from TB, and able to spread it to others.

Rothoff said that the majority of people with TB have the latent form of TB, and will go decades without having any symptoms. This makes TB can be tricky to track and contain, and is “part of the reason we continue to kind of have this smoldering epidemic in parts of our state,” she said.

The public health goal is to identify these latent cases, Rothoff said, which are far cheaper to treat than active TB disease, which take at least six to nine months to treat once diagnosed, said Rothoff.

“And that treatment has to be done through what’s called ‘directly observed therapy,’ meaning that a public health nurse has to observe every single daily dose of those medications being taken to ensure that they’re taken properly. So as you can imagine, that takes a lot of resources,” she said.

“If people don’t get treated for their (latent) TB infection, we expect five to ten percent of those people to develop active disease over their lifetime,” said Dr. Bruce Chandler, medical officer with the Anchorage Health Department.

Most of Alaska’s infections are concentrated in the Southwest and the Northern regions of the state, Rothoff said.

“Many of these people are living in very small villages and crowded living conditions, which contributes to the potential for transmission and difficulty accessing health care. And of course, COVID coming along, it’s not making that any easier.”

In Anchorage, some of the people who normally work full-time monitoring TB have been recruited to work on COVID-19 contact tracing, Chandler explained.

“Two of four public nurses have have been re-assigned to COVID,” he said. “They have very little time to devote to TB at the moment,” he said.

also said that during the “hunker down” portion of the pandemic, when people began social distancing, he witnessed a significant drop in influenza cases. But TB cases, he said, have continued to surface across the state.

“When we hunker down in enclosed spaces, it actually makes it easier to spread TB,” he said.

TB is an airborne disease, with tiny particles that can linger in the air for hours after a person coughs or sneezes, he explained.

“So even if the person has left the room, and you happen to inhale those microscopic droplets, you can become infected,” Chandler said.

This rate was down slightly from the previous year, with 8.6 cases of TB in Alaska per 100,000 people in 2018. The only two U.S.-born groups that did not see a decrease in cases from 2018 to 2019 were “American Indians/Alaska Natives and Native Hawaiians/Pacific Islanders,” suggesting that health disparities by race that have long been associated with the illness have persisted.

“We’ve been consistently #1 or #2 (in TB infection rate) in Alaska for a long time,” said Dr. Chandler. “A lot of that’s actually still related to Alaska’s history with TB.”

A brief history of Tuberculosis in Alaska, compiled by Chandler, documents how colonizers in the late-1700s to the mid-1800s brought TB to Alaska, sparking a deadly epidemic in the state. Until 1950, TB was the leading cause of death in Alaska, the report said. The lingering effects from those early outbreaks haven’t gone away, disproportionately affecting Alaska Native populations. In 2019, Alaska Natives made up 46% of the state’s TB cases, despite making up only about 15% of the general population.

Every year, there are new outbreaks in villages across rural Alaska, particularly in the western part of the state, which often happen because a newly weakened immune system in someone who has had latent TB infection for years or decades, Dr. Chandler said.

For now, the best thing Alaskans can do to protect themselves is to know the symptoms of active TB, he added.

These include: a cough that lasts more than three weeks, a fever, night sweats, weight loss, coughing up blood.

“And unfortunately, some of those symptoms actually overlap with COVID,” said Rothoff, explaining how this “just adds another layer of complexity to diagnosing TB in the first place.”

Rothoff said she hopes TB stays on Alaskans’ radars, “even during this time when everybody has COVID on the brain.”

“I think it’s important for those of us that work on TB to keep focused,” she said, “to ensure that we have the funding to keep up the fight, so that our TB cases don’t start to rise.”