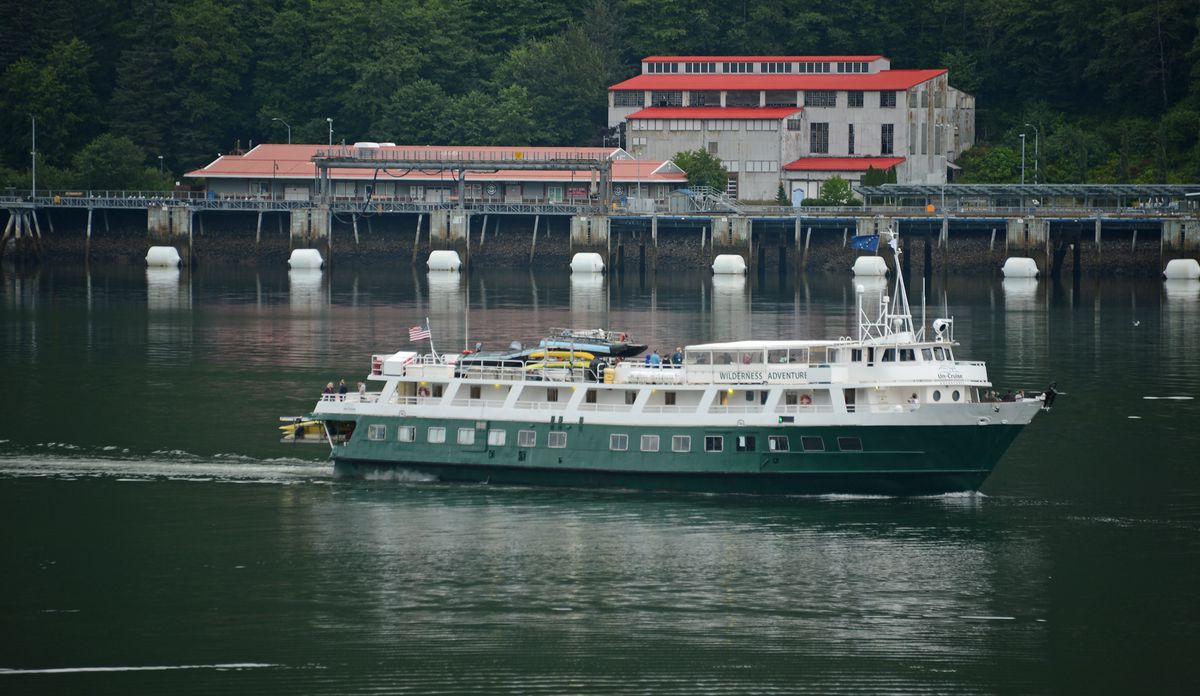 JUNEAU — Alaska’s first cruise ship of 2020 is returning to port early after a passenger tested positive for COVID-19, according to written statements issued late Tuesday by the City and Borough of Juneau and UnCruise Adventures, the ship’s operator.

According to UnCruise, a passenger aboard the ship Wilderness Adventurer received the positive test result on Tuesday, three days after the ship departed Alaska’s capital city. Unlike a case in Norway where a cruise ship spread coronavirus to several port towns, the Wilderness Adventurer did not stop in any other Southeast Alaska ports.

According to the company, the passenger arrived in Alaska with a negative test, then took another at Juneau International Airport as part of a statewide program. Participants have said that getting test results is a slow process, but Liz Galloway of UnCruise said by email that the passenger arrived in Juneau on the day of departure, indicating a three-day turnaround time in this case.

The Wilderness Adventurer had left Juneau on Saturday with 30 crew and 36 passengers aboard and the infected passenger received the test results aboard ship. (UnCruise said before the sailing that 37 passengers were aboard; it corrected that figure on Tuesday.)

“The guest is showing no symptoms and no other guests or crew are showing outward symptoms of any kind. All guests have been informed and will quarantine until the state of Alaska deems it safe for them to return home,” UnCruise said in its statement.

Galloway said passengers will quarantine “at a local hotel while we work with local and state officials on the next steps with testing and contact tracing.”

The ship’s crew will quarantine aboard the Wilderness Adventurer, which will remain docked in Juneau.

Cruise ships have been fingered as prime sources for coronavirus spread since the earliest days of the pandemic, and large cruise ships have been forbidden from sailing in the United States since a Centers for Disease Control and Prevention order in March. All of Alaska’s big-ship cruises were canceled, leaving more than 1.3 million expected tourists at home.

The Wilderness Explorer was exempt from the order because it carries fewer than 250 passengers. In addition, UnCruise operates ships registered in the United States, allowing it to sidestep a legal hurdle that blocks small foreign vessels under the current circumstances.

Other small cruise lines that could operate, such as American Cruise Lines, The Boat Company and Alaskan Dream Cruises, decided against sailing this year due to coronavirus worries.

UnCruise felt differently, saying before Saturday’s sailing that with intensified sanitation techniques, pre-cruise testing and capacity restrictions, it could reduce the risks involved. Four other planned sailings have been canceled.