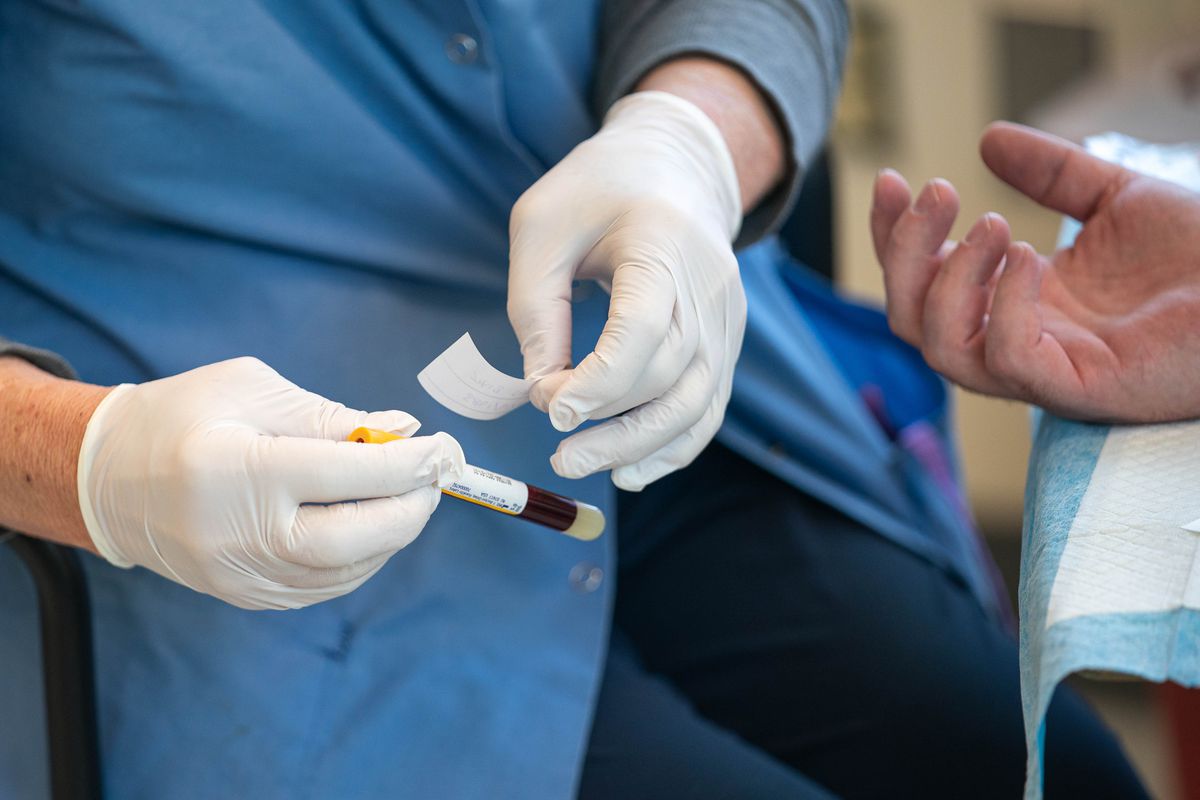 Health care facilities and nursing homes in Alaska are among those feeling the impact of a national shortage of surgical gloves. (Loren Holmes / ADN)

Health care facilities and nursing homes in Alaska are among those feeling the impact of a national shortage of surgical gloves. (Loren Holmes / ADN)

Nationwide preparations for the distribution of a COVID-19 vaccine have caused a national shortage of surgical gloves, which has been felt in the last few weeks by health care and nursing home facilities across Alaska.

“Gloves have really been tighter than the rest of the supplies,” Dr. Anne Zink, the state’s chief medical officer, said last week.

The shortage so far has had the greatest impact on the Yukon-Kuskokwim Delta region, which began experiencing a major surge in virus cases last week after months of lower case numbers, and health care workers there were reportedly having to disinfect and reuse gloves. They’ve since received a new shipment of gloves from the state.

Zink said the shortage was part of a larger issue related to states preparing to distribute the new coronavirus vaccine in the coming months.

Other personal protective equipment, including surgical and N95 masks, remains well-stocked by the state, she said.

In a two-week period, the Yukon-Kuskowkwim Health Corp. went from using about 3,000 gloves a day to 5,000 per day, said Tiffany Zulkosky, vice president of communications with YKHC.

Last week, the corporation said on Facebook that their providers were being “forced” to reuse gloves due to the critical national shortages, plus increasing demand in the region.

YKHC health care workers conducting COVID-19 testing began wearing the same gloves for up to six patients, disinfecting after each use, the corporation said.

Gloves are only being reused during COVID-19 testing, Zulkosky said.

This aligns with what the Centers for Disease Control and Prevention recommends as a way to extend PPE use during shortages.

YKHC on Monday received a shipment of about 530 boxes of gloves from the state, said Zulkosky. An additional 250 boxes were expected soon from the national stockpile, she said.

It is not clear yet whether the additional supplies will be enough to end the practice of reusing gloves during COVID-19 testing, she said.

“We’re certainly continuing to keep an eye on the levels of PPE,” Zulkosky said.

YKHC is not the only entity that has been struggling to get an adequate supply of gloves, said Jared Kosin, president and CEO of the Alaska State Hospital and Nursing Home Association.

He said Monday that the “gloves issue” has come up multiple times in the last few weeks in conversations with hospitals and nursing homes around the state.

Audrey Gray, a spokeswoman with the Municipality of Anchorage’s Emergency Operations Center, said that locally, gloves have been in short supply “pretty much from the beginning of the response.”

When case counts began dropping over the summer, the supply lines opened up a bit, she said. But now, across the board, hospitals, assisted living facilities and fire departments in the municipality are all struggling to get their orders filled through their normal vendors, she said.

The state is aware of the issue, Kosin said, adding that conversations were happening to make sure access to critical supplies is maintained.

“Everyone is trying to work every angle possible," Kosin said. “The state has been helpful, but a lot of this is out of its hands. It’s really hard to figure out where the pressure points are, and I think it’s something we all need to be aware of and figure out how to solve."